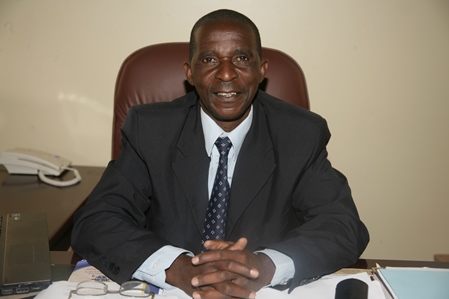 The story of Professor Charles Pfukwa

WHEN discourse about the Second Chimurenga is mentioned, the Altena Farm attack of December 21 1972 quickly comes to mind as this is remembered as the shots which signalled the beginning of the protracted armed struggle against white imperialists.
Despite there having been the 1966 battle at Chinhoyi, and other sporadic attacks by the Crocodile Gang, it was the meticulous planning and successful execution of the Altena Farm attack which quickly spread through other parts of the country that earned the operation its acclaim.
Since the liberation struggle was fought in guerrilla fashion, almost all liberation fighters who operated in the rural areas encountered an incident similar to the Altena farm attack.
And for me, that experience came in 1977 in an area west of Kriste Mambo, right between Kriste Mambo and Rusape River.
Our commander had indicated that he had identified a farm where a white farm owner was ill-treating his black farm labourers, hence he instructed that we were to burn it down.
It was during the rain season, and we had trekked the whole night braving the stormy weather in order to avoid detection by Rhodesian mercenaries.
A chimbwido had alerted us that the previous day, there had been a group of guerrillas who had caused a fracas at a local homestead while imbibing in a local illicit brew and were subsequently spotted by Rhodies.
One comrade lost his life in the encounter.
The day after the encounter, we passed through the village and were told that the Rhodesians were patrolling the area in a bid to sniff out the remaining guerrillas, which meant we were put on high alert.
It was pitch black that night, and as the situation dictated, it was in our best interests to travel under the cover of darkness to avoid detection.
When we arrived at the farm, we carried out the reconnaissance of the farm and its surroundings, before making our move.
There was a floodlight at the centre of the farming compound, which lit all the houses as they encircled the open space in the middle of the compound.
Realising that the enemy could be cunning, the commander ordered us to search the farm compound and ascertain if there were any traces of Rhodie presence.
This operation was supposed to be carried out with caution.
So we did not make our presence known.
Homestead by homestead, we knocked, searched, and questioned the farm labourers on recent movements at the farm.
All was going smoothly until we reached a certain homestead where, upon knocking, there emerged a man, in his birthday suit, taking to his heels.
A fellow freedom fighter who was at the door tried to block him from leaving, hitting the naked man with the butt of his gun, but the man found an opening, sprinted cutting through the middle of the compound, in full flight in bright light, with his manhood dangling.
No one said anything about the incident at that moment, we just carried on with our mission.
The commander then called on all the farm labourers to gather around, before informing everyone that the farm was going be razed to the ground, hence the farm labourers were advised to pack and leave the farm the following day lest they be massacred by Rhodesians for sabotage.
Two villagers were then appointed to siphon fuel from the tanks at the farm, sprinkle it on all the establishments and set it alight.
It was only after the farm was ablaze that we immediately retreated.
Only after retreating did we start putting together the story of the man who took off in his birthday suit.
Why did he run, naked?
Was he a cheating with another man’s wife?
Did he think ndabatwa?
If he was the husband, why did he run?
This story was to occupy us for a long time to come, and it still sends me in stitches whenever I think about my own version of Altena Farm where we saw a naked man in full flight in bright light.