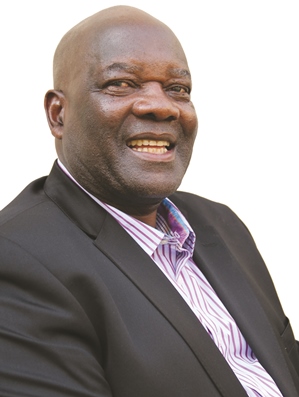 STAKEHOLDERS in the agriculture sector have hailed the formation of the Livestock Policy Hub (LPH) whose mandate is to review, challenge and assist in the crafting of livestock legislation to promote the growth of the sector.
The LPH, chaired by Dr Unesu Ushewokunze-Obatulu, principal director in the Department of Livestock Veterinary Services, is made up of officials from the Agriculture, Mechanisation and Irrigation Development Ministry, farmers’ unions and agriculture experts.
The LPH was set up to act as a medium between players and policy makers to ensure policies crafted help develop the sector.
Players in the sector have since urged the LPH to interrogate the issue of levies and fines some of which are said to be stifling the growth of the sector.
Agriculture, Mechanisation and Irrigation Development Deputy Minister responsible for Livestock, Paddy Zhanda said there was need to review some fines as they were not deterrent.
He was speaking during the National Symposium on Enhancing the Competitiveness of the Livestock Value Chains in Zimbabwe organised by the ministry and USAID last week in Harare.
“There is need for some fines to be reviewed for instance there are a number of companies willing to assist through contract farming but if a farmer fails to honour the terms of the contract they are only fined US$10 or one month in prison,” Zhanda said.
“Such fines are discouraging on the part of contractors and some farmers can end up getting into the business of conning contractors as the fines are not deterrent.”
Zhanda said there were, however, some fines and levies that had brought positive changes in the sector.
“The penalties of stealing cattle have resulted in the cases of stock theft declining, which is positive news to cattle farmers,” he said.
For stealing one animal, the culprit serves between nine to 25 years in prison.
The Zimbabwe Republic Police (ZRP) Anti-Stock Theft unit has indicated that there has been a 30 percent decrease in stock theft cases during the first quarter of the year.
Zhanda urged stakeholders to also make use of platforms such as the Parliamentary Portfolio Committee on Agriculture to ensure issues of levies and fines were addressed.
“The Parliament is the ultimate authority on the issue of fines and levies so by airing views through the committee changes will be effected,” he said.
Speaking at the same occasion, Deputy Attorney-General, Nelson Dias said before levies were put in place, consultations were conducted.
“Normally before levies and fines are put in place consultations are done with all stakeholders in the sector to ensure that they serve the purpose they are intended to,” he said.
“Fees and levies should be reasonable because if they are too high there will be ways devised to avoid paying.
“There is also need for the payment processes not to be cumbersome as this creates challenges.”
Zimbabwe Farmers’ Union (ZFU) first vice-president, Credit Nyathi urged policy makers to ensure consultations were exhaustive before putting in place legislations.
“The reason why there are so many complaints especially from the farmers is because some of these levies charged erode our earnings and if thorough consultations are done such concerns will be raised,” he said.
The symposium was also attended by officials from the Agriculture Marketing Authority, Zimbabwe Poultry Association who highlighted some of the levies and fines farmers and processors were against.
Players in beef producing sector have voiced against some levies charged during the sale of cattle, fees to acquire vet permits and costs incurred when acquiring police clearance when moving livestock.
Recently the Muzarabani Rural District Council introduced a cattle levy of 10, 5 percent of the price of each beast sold which would be collected from every buyer of cattle during all cattle sales.
Farmers have argued that the levy by the RDC was not justified.
In the piggery sector concerns were raised over the ASF Certification fee for swine fever which was a blanket fee of US$200 regardless of the number of sow units a farmer owns.
The fees were said to be hitting hard the small holder farmers.
Players in the sector argued that the fees charged by the Environmental Management Authority (EMA) were not justified and were high in comparison to the services they offered the industry.
Poultry producers urged policy makers to ensure that those intending to import should ensure the standards of the imports were the same as those in the country.