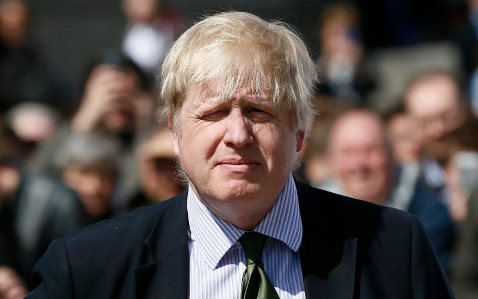 THE highlight of Britain’s Brexit misadventure is how the fading European giant has thrown caution to the wind through the shock appointment of the maverick Boris Johnson as that country’s Foreign and Commonwealth Secretary.
While there is everything wrong with that appointment, given Johnson’s track record of stoking controversy each time he opens his mouth, Zimbabweans might find his assumption of that delicate office interesting for many reasons.
Writing in The Daily Telegraph in February last year, Johnson, then London Mayor, showered Zimbabwe and President Robert Mugabe with rare praises.
In a hard-hitting diagnosis of the Zimbabwean and British relations, Johnson noted it was London, in particular the non-conformist Tony Blair, who messed things up.
Johnson’s loaded admission brought to the fore Britain’s reluctance to honour the Lancaster House Agreement led to the curdling of relations with Zimbabwe.
According to Johnson, the Blair government’s decision was ‘that betrayal of Lancaster House that gave Mugabe his pretext to launch his pogroms against the whites’.
“This Mugabe tyranny is no accident – and Britain played a shameful part in the disaster,” he said.
“Readers will remember the 1979 Lancaster House Agreement, by which Margaret Thatcher granted independence to Rhodesia.
“We turned our backs on the very people who were actually indispensable to the economic well-being of Zimbabwe and Labour essentially allowed Mugabe to launch a racist tyranny.”
So what does Johnson’s appointment mean for Zimbabwe and the world?
Many will find it comical the new British Prime Minister Theresa May would risk her country’s diplomacy through entrusting Johnson with the pivotal Foreign Affairs office.
But that is the reality confronting the once mighty Britain.
The country is now a laughing stock and its waning influence on global political and economic arena manifests through its disastrous Brexit project and the appointment of the comic Boris to deal with global diplomacy on its behalf.
From describing US presidential candidate Hillary Clinton as looking like a ‘sadistic nurse’, to attacking black people through his reference to them as ‘flag-waving piccaninnnies with watermelon smiles’, the former London Mayor has not endeared himself to the people who matter.
Here are some of the things said by Johnson.
Barack Obama
Johnson was confronted with what the British called ‘dog whistle racism’ about three months ago after he suggested US President Barack Obama had a grudge against Britain because of his ‘part-Kenyan’ heritage.
Johnson attacked Obama in an article that appeared in The Sun for allegedly intervening in the Brexit debate.
“No one was sure whether the President had himself been involved in the decision,” said Johnson.
“Some said it was a snub to Britain.
“Some said it was a symbol of the part-Kenyan President’s ancestral dislike of the British Empire – of which Churchill had been such a fervent defender (sic).”
Hillary Clinton
In November 2007, Johnson said of Hillary Clinton:
“She’s got dyed blonde hair and pouty lips and a steely blue stare, like a sadistic nurse in a mental hospital.”
Black people
In 2008, Johnson was made to apologise after he had been presented with his comments, written five years earlier, about black people.
In a column mocking Tony Blair’s globetrotting, he wrote: “What a relief it must be for Blair to get out of England.
“It is said that the Queen has come to love the Commonwealth, partly because it supplies her with regular cheering crowds of flag-waving piccaninnies.”
The article also mentioned ‘watermelon smiles’, linking black people to an appetite for watermelons as a racist stereotype, particularly common in the US.
China
In a 2005 column for The Daily Telegraph entitled ‘Getting our knickers in a twist over China’, Johnson played down the importance of the world’s most populous nation when compared to that of, for example, ‘the British Empire’.
“We do not need to fear the Chinese,” he said.
“China will not dominate the globe.
“We do not need to teach babies Mandarin.
“Compared with the old British Empire, and the new American imperium, Chinese cultural influence is virtually nil, and unlikely to increase.”
It is clear Johnson needs to borrow some notes from Zimbabwe on how China and the Look East Policy has shaped the global economy.
The EU and Hitler
Arguably one of the most incisive prognosis of the embattled bloc, the European Union (EU), was made by Johnson in May when he said the EU was an attempt to recreate the Roman Empire’s united Europe.
It was the EU that allowed itself to be accosted by Tony Blair to impose sanctions on Zimbabwe over a diplomatic tiff between Harare and London.
“Napoleon, Hitler, various people tried this out, and it ends tragically,” said Johnson.
“The EU is an attempt to do this by different methods.”
But when asked on BBC’s Andrew Marr Show whether it was abominable to make the comparison between the Nazi dictator and the EU, Johnson responded: “I don’t write the headlines.”
Zimbabwe will watch with keen interest as Johnson unravels his diplomatic plan if at all he has any, but what is surely given is, he will step on many a toe before this is over.
Let those with ears listen.