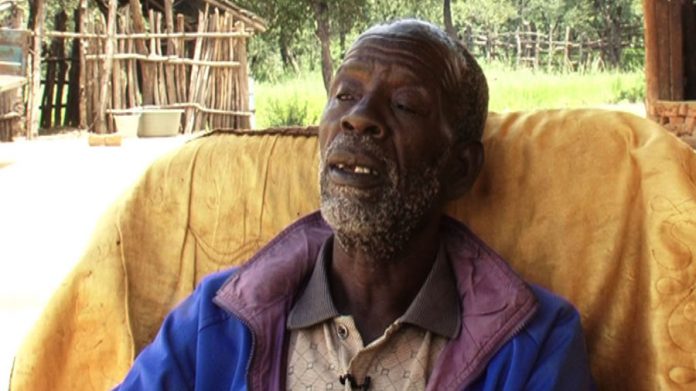 A MAN or woman does not die by the design of another; he or she dies when his or her allotted time on earth has run out; when the ancestors want him/her to join them.
My large and small intestines slowly but steadily flowed out of my belly.
My hands felt very small; my effort to cup my entrails and put them back in the stomach were proving futile.
I felt very light-headed.
Like I was floating.
Is this what death felt like!
Accepting my fate, that my end had come, I shouted: Pamberi nehondo!
I found myself in this dicey situation in the year 1978.
In November 1978, I operated in Chivhu, alongside comrades Andy Mhlanga, Nyakanyaka, Tarzan, Tawanda Muparadzi, Advance and Voice, among others.
We plotted to attack a Rhodesian military camp at Sadza Growth Point.
We were a section of 30 combatants and I was the commander.
A local spirit medium in the area told us the mission would be a success but the commander had to be careful as he was in grave danger; but the spirits leading the war would not abandon him.
Reconnaissance was carried out for a week, capturing all details of the camp and movements of the soldiers as well as the security routines.
After the reconaissance, I gathered my troops for final preps of the attack.
I clearly spelt out how we would carry out the attack and our gathering point after the battle.
At this stage of the war the Rhodesians were on the back foot and our orders were to pile the pressure; many areas were now liberated zones.
We left the base at exactly eight o’clock in the evening.
Nights were best, for the Rhodesians never got used to fighting in the dark.
We fell into a trot, heading to our target and in 30 minutes we got there.
I had no doubt that our mission would be a success, we were armed to the teeth. We were well-equipped with AK assault rifles, LMGs and mortar 62 and 82mm as well as hand grenades.
We took positions, surrounding the camp. The assault would only begin when I fired the best-shot.
I fired the best-shot, signaling the start of battle. In seconds, the barracks were on fire.
This was a surprise attack and there would be no casualties on our part. I was delighted with how this battle was unfolding.
The surprise element had given us an upper hand.
Suddenly, this ‘beautiful’ picture transformed into something ugly.
Much to my dismay, bullets started raining from our rear.
It struck me that the reconnaissance mission had been poorly done for clearly some details had been left out.
There were two other barracks that had not been taken into account and it is from them that the fire we were now experiencing was coming from.
We were actually in the middle of a huge camp.
I managed to marshal my cadres out of the middle of the camp.
As the commander, I would be the last man out of the
battle ground, after all my men were safely out.
I felt a sudden sharp pain in my stomach.
I knew I had been hit in the stomach.
I was again shot in the stomach.
What are the odds of one getting hit twice in the same place!
I fell and started crawling to get out of the killing bag.
Not fully appreciating the extent of my wounds or even feeling pain, pumped and driven by the adrenaline rush, I ran into a bush where I used my shirt to stem the bleeding in my mid-section.
But at this stage, I could no longer walk. All night I crawled, before resting on a rock where I slept till morning.
I only woke up at around 10am and felt relieved when I saw some huts just a stone-throw away.
I gathered strength and walked to the huts where I met an old man who I told my story.
The old man portrayed ignorance about war and I knew he was going to sell me out when he left but I could not run away; I was a spent force, I had lost a lot of blood.
I collapsed to the ground, my entrails that I had felt coming out of my stomach and held inside by my shirt, started oozing out again.
The pain of my wounds was now intense and severe.
After a while some people came with a wheelbarrow and took me to a hut.
All people who came were shocked on seeing me and I concluded that many of them had not experienced war this close. I knew I was fish in bad waters, among these people were sell outs.
True to my fears, Rhodesians descended on the homestead where I was.
Four Rhodies and a member of the Rhodesian African Rifles dragged me from my position of ‘safety’ and began interrogating me.
I was staring death in the face.
In fact, I was surprised that I was still alive.

Never mind my wounds, I was thoroughly beaten.
To my surprise I was not finished off; the Rhodies radioed for a helicopter which came and ferried me to Chivu Hospital.
They kept kicking me in the helicopter and I pretended to be dead.
At the hospital, I was not abandoned or left for dead, I was operated on and given medical attention.
For two months, I stayed at Chivu Hospital, under armed security.
The security was intensified as I recovered.
I was then transferred to Chivu Police Station, after I had ‘fully’ recovered, for detailed interrogation.
I was beaten for changing my real name to Mutimuhondo and sustained some injuries.
I was taken back to the hospital. After recovering, I was taken to Chihvu Military Camp, where I became a prisoner of war.
For two weeks I was in solitary confinement and then I joined other prisoners of war who were mostly war collaborators.
The collaborators knew me since we used to meet at pungwes.
One of the collaborators tried to convince me to escape but I declined, I was not yet ready to run and I did not trust him.
After a week I was called to the office of the commanding officer who offered me a high rank in their army if I collaborated with them but I refused.
I was then told to go with Rhodesian soldiers to my areas of operation and I knew they wanted to use me to attack fellow comrades. Little did they know guerillas did not stay in one area.
I then pleaded with them not to take me to the front, giving the excuse that I was not yet fit.
I was then moved to another camp in Sadza.
It was then I began pondering on an escape plan.
Again I was taken back to Chivhu and by this time the African Rhodesian soldiers had developed a soft spot for me.
They were interested in knowing much about guerilla war and I started giving them political orientation.
I won over most of them who had unfortunately been forced to join the Rhodesian army from secondary schools.
One evening, an African Rhodesian soldier got drunk on duty.
He left me with one of the collaborators, also a prisoner, in the corridor going to toilet.
I don’t know if he knew what he was doing or that he had totally forgotten that we were prisoners.
I then told my mujibhas this was the right time to escape.
We left the cells unnoticed and went towards the houses of African prison warders.
It was around eight o’clock in the evening.
We jumped the fence and walked the whole night without anyone following us. By 10am, we were in Daramombe.
We took a rest in Nharira, where we saw a Chimbwido who knew I had been captured, but I managed to convince her that I had escaped.
I sent that chimbwido to my fellow comrades who were in the area.
She came back and informed me that I could get into the base.
Though I had been their commander, the circumstances had changed; I could not just charge into the base. There were security protocols that had to be followed by one returning to fellow comrades after having been captured by the enemy.
Cde Andy Mhlanga had laid an ambush; this was part of the security measures.
I was thoroughly interrogated and I was given my gun after two days and re-instated as a section commander.
Rhodesians launched an operation looking for me.
They would use loud-hailers calling for my return, claiming that I was their soldier. Fortunately my fellow comrades understood what the Rhodesians were trying to do — make my brothers suspicious of me.
But we later came to the conclusion that I had to leave the area, sellouts would get the information that I was no longer in the area to the Rhodesians.
I was transferred to Buhera where I operated up to cease fire.
I would not die; it was not yet my time!
Compiled by Emergencey Mwale-Kamtande and Chiratidzo Moyo.