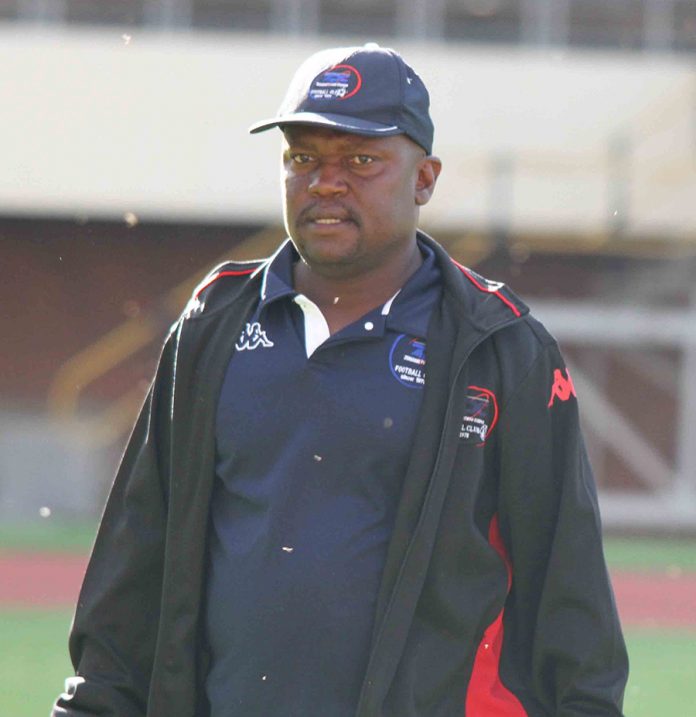 FOOTBALL is mostly about what you do in the box and goals. Period!

Pressure is mounting for both championship-chasing and relegation-threatened teams.

However, there are still plenty of games to be played.

The remaining games still have a bearing on who clinches the title or gets booted out.

For instance, it would be folly for anyone to discount any team in the top half.

Ngezi Platinum Stars have found the going tough since the beginning of the 2019 Castle Lager PSL season.

The club has finally run out of patience, resulting in Dutch coach Erol Akbay being relieved of his duties.

The Dutchman replaced Tonderai Ndiraya who was also fired at Ngezi Platinum Stars with only five games remaining to wind up the 2018 Castle Lager PSL season.

The former Highlanders coach had been brought back into the country by the Mhondoro-based side expecting to turn their fortunes this season.

The Mhondoro platinum miners are eighth-placed on the PSL log standings, with 32 points from 23 matches.

Statistics show that they have won eight games, with as many draws, and seven losses; eight points behind surprise pacesetters ZPC Kariba.

Highlanders, also, have parted ways with their coach Mandla ‘Lulu’ Mpofu after a poor show.

Former CAPS United and (now) Harare City coach Mark Harrison is touted to fill the vacant seat at Highlanders though.

In a fixture in which Hwange and Highlanders needed maximum points to end a barren spell, all they could do was settle for a goalless draw at the Colliery, having last recorded victory on July 14 after handing Chicken Inn defeat at the Colliery.

Highlanders have not won a game in five outings, losing three and drawing nil, all against Mushowani Stars and Hwange respectively.

It is their 12th draw of the season.

Their last league victory was against Chapungu United at Barbourfields Stadium in August; maximum points have been elusive since then.

Highlanders are sitting just above the relegation zone and have had the worst record in the league after picking up the fewest points.

The Bulawayo giants are fifth from the bottom on 25 points from 22 matches.

The move might have dealt a heavy blow to the exciting Castle Lager PSL league race.

After building CAPS United into a title-winning side and jumping ship to join Harare City, Chitembwe lost steam and fell to his former side 1-0. CAPS United are now log leaders with 41 points from 23 games, one ahead of closest challengers ZPC Kariba.

With football fans expecting a clash of titans, the two top coaches left their high performing clubs — Chitembwe to find a new challenge and Mapeza to rest.

ZPC Kariba, who have been giving other title contenders a headache, have put themselves firmly into contention.

Like all other teams, every team in the top eight have the chance to wrestle for the title.

ZPC Kariba, affectionately known as ‘Katuruturu’, are yet to taste defeat at home this season, having lost once in 22 games.

They have every reason to claim the title as the team has been collecting points at home and away shaping themselves into true title contenders.

Dynamos conceded late in their game against ZPC Kariba to settle for a draw at Nyamhunga Stadium. However, the former giants have to win matches to consider themselves for the championship.

The Glamour Boys are on 34 points; six behind ZPC Kariba who are on 40 points from 23 matches.

Credit to ZPC Kariba coach Godfrey Tamirepi for moving in the right direction, though it might be too early to say which teams are firm favourites for the title.

Chicken Inn, who are third on the log table on 38 points, could not complete a brace against Manica Diamonds who they beat 2-0 in the first leg. The eastern diamond miners revenged with the same score line.

Manica Diamonds are ninth on the log standings, with 32 points from 23 matches.

The Gamecocks would have been enjoying a very healthy lead had they been consistent.

Chicken Inn coach Joey ‘Mafero Mafero’ Antipas, who started on a high note, now seems to be travelling a rocky path with both the national team and his club.

The league title campaign might turn out a nightmare if his teams do not start delivering.

Black Rhinos, the army side, are also doing exceptionally well. They have climbed the ladder to fifth position on the log, with 36 points from 23 matches.

And for the bottom teams that include TelOne, Bulawayo Chiefs, Mushowani Stars and Yadah FC,  it is a battle for survival.