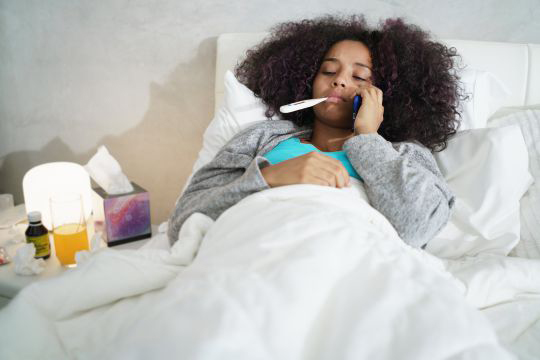 GAMUCHIRAI MATONGO, an active 22-year-old boy, was healthy until the day his parents took him to the local emergency department for vomiting and a suspected case of acute gastroenteritis.
To the physicians, Gamu appeared lethargic and was responsive only to painful stimulus.
A blood culture was obtained, while other laboratory tests were done. The blood culture later grew a meningococcus. Within hours, ‘purple splotches’ appeared on his face and legs.
Gamu was diagnosed with meningococcemia and was started on appropriate antibiotics as well as steroids administered intravenously.
Gamu was intubated to stabilise his airway and transported to the Luton and Dunstable Hospital. On arrival, his perfusion was poor and his blood pressure was low.
The tips of all his digits were dark blue; purpura (purple splotches) were present over most of his trunk, feet and hands in a ‘stocking-glove’ distribution.
Intravenous fluid boluses and vasoactive drug infusions were administered. Gamu’s parents consented to multiple blood component therapy to treat a coagulopathy.
Consulting surgeons talked to his parents about the risks, benefits and alternatives of amputation and debridement of portions of both of Gamu’s feet, his left hand and the fingers of his right hand.
The parents consented to the debridement and surgical treatment and signed the consent form.
Shortly thereafter, the family’s minister, Pastor Ncube, came to the hospital and prayed with them for God to restore life to the devitalised tissues.
Soon afterward, the parents rescinded consent to surgical treatment and communicated that they wished to allow time to lapse so that God could heal Gamu’s dead and injured tissues.
When the physician and the surgeon told parents that infection and sepsis would be inevitable without treatment, they agreed verbally that, in the event of sepsis, amputation should be performed.
Over the ensuing weeks, physicians met with the parents and vigorously attempted to persuade them to proceed with amputation and debridement of dead tissues.
The parents remained adamant that an expectant approach be maintained.
During this time, neither sepsis nor wet gangrene, which would have offered absolute indication for surgical intervention, occurred.
Despite the best efforts of the family and staff, many hours lapsed where Gamu remained quiet and alone in his bed.
He cried and was sad.
At times he cried out while gazing at his outstretched and mummified hands.
During visits, the parents read the Bible to Gamu and assured him that God would direct his hands and feet to re-grow.
The parents asserted to the staff that Jesus had arisen from the dead and shown himself to believers, and that God would revitalise Gamu’s dead tissues.
Both family-associated and hospital-based clergy were regularly present to expand opportunities for mutual understanding of religious and medical issues.
Gamu’s parents were repeatedly confronted with the ever-present and increasingly imminent reality that Gamu needed amputations to prevent new onset of sepsis and to avoid possible death from sepsis.
After almost a month in the pediatric intensive care unit, Gamu began to experience fevers and his white blood cell counts increased; both signs were indicative of developing infection.
Therapy with topical and systemic antibiotics was continued and modified.
His parents were informed of the changes and of the increasing need to consent to surgical therapy.
In an effort to reinforce the inescapable need for surgical therapy, the physicians consulted with a ‘burns’ surgeon at a neighbouring institution by telemedicine.
The surgeon confirmed that amputation was unavoidable. These communications were shared with the parents who nevertheless, were not dissuaded from insisting upon further observation.
Despite considerable effort to understand and support the parents by their own family members, by the medical staff, by social services, by psychologists and by the clergy (hospital and family), a clear impasse had been reached.
The social services was engaged to evaluate the case for a possible claim of medical neglect against parents. With the possibility of the child’s custody being assumed by social services the parents refused consent for amputation and debridement. Gamu sadly died a painful death. The parents chose ‘faith’ over their child’s life.
This is one of many cases.
Some Zimbabweans have become so ‘spiritual’ they have abandoned reason and logic.
In defence of ‘faith’, children have died.
Parents are the natural guardians and stewards of their children.
That stewardship entails a responsibility to seek the best interests of those children.
But most Zimbabwean children in the UK are suffering in the name of their parents’ faith.
Most parents are focusing on one religious tenet while ignoring a balancing tenet such as waiting for a miracle vis-a-vis an obligation to preserve life and relieve suffering.
Spiritualism among Zimbabweans in the Diaspora has become painfully rife.