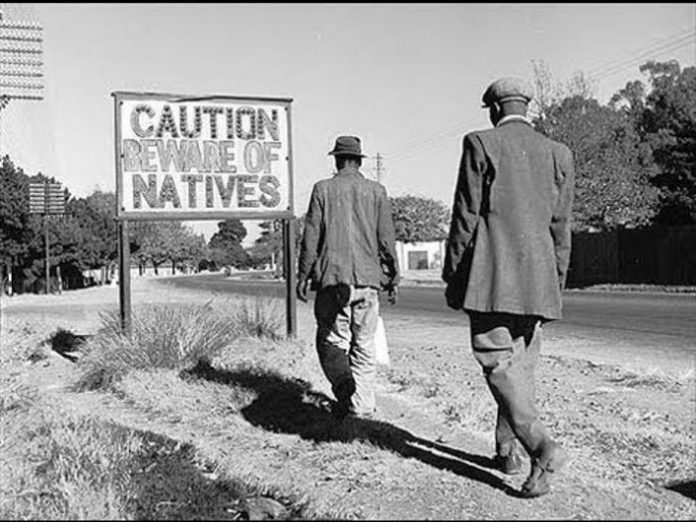 COLONISATION left many cultural legacies and changes in indigenous ways of life that continue to be perpetuated, even after a nation’s liberation.
In post-colonial Africa, the greatest, most overt legacy left by white settlers is religion.
While Christian missionaries have travelled and preached their faith throughout the continent, the upsurge of colonialism throughout Africa during the 19th Century also expanded.
As Christian missionaries worked across the continent, the Christian faith took hold, together with white racial domination, as the governing and superior theology and ideology of the African continent.
While countries have gained freedom from their erstwhile oppressors, Christianity remained a central principle of African faith with traditional African spirituality existing marginally.
During the early phase of colonisation and the rise of primary commodity commerce, Europeans acquired their supplies of trade goods such as palm oil, cotton, palm kernel, rubber and groundnuts from African intermediaries.
As the scramble for Africa intensified, they wanted to bypass the African intermediaries and trade directly with sources of the trade goods.
Africans resisted and insisted on the maintenance of a system of commercial interaction with foreigners which expressed their sovereignties as autonomous political and economic entities and actors.
For their part, the European merchants and trading companies called on their home governments to intervene and impose ‘free trade’, by force if necessary.
These political, diplomatic as well as commercial factors and contentions, besides the loss of land, led to the military conflicts and organised resistance to Western imperialism.
Equally, the barriers to free movement imposed by the colonisers met with strong resistance because territorial borders were an important factor in the people’s beliefs regarding land and its spirituality.
Land for indigenous people was valued as a resource of livelihood; the land produces food and provides the water that gives life to all living things.
Religion and the control of land was therefore linked to the complex interplay of economic, social and political power that resulted in the enactment of a plethora of Acts throughout colonised Africa.
While the acts may have differed, the intent was always the same and included: the Hut Tax (1884), Franchise and Ballot Act (1892), Transvaal Asiatic Registration Act (1906), Mines and Works Act (1911), South Africa Act (1909), Natives Land Act (1913), Natives (Urban Areas) Act (Pass Laws) (1923), Immorality Act (1927), Native Administration Act (1927), Representation of Natives Act (1936), Native Trust and Land Act (1936), Native (Urban Areas) Consolidation Act (1945), Asiatic Land Tenure Act (1946), Prohibition of Mixed Marriages Act (1949), Immorality Amendment Act (1950), Population Registration Act (1950), Group Areas Act (1950), Suppression of Communism Act (1950), Prevention of Illegal Squatting Act (1951), Bantu Authorities Act (1951), Separate Representation of Voters Act (1951), Native Laws Amendment Act (1952), Pass Laws Act (1952), Reservation of Separate Amenities Act (1953), Natives Resettlement Act (1954), Group Areas Development Act (1955), Riotous Assemblies Act (1956), Natives (Prohibition of Interdicts) Act (1956), Immorality Act (1957), Bantu Investment Corporation Act (1959), Promotion of Bantu Self-government Act (1959), Unlawful Organizations Act (1960), Coloured Persons Communal Reserves Act (1961), Urban Bantu Councils Act (1961), General Law Amendment Act (1963), Coloured Persons Representative Council Act (1964), Terrorism Act (1967), Separate Representation of Voters Amendment Act (1968), Prohibition of Political Interference Act (1968), Bantu Homelands Citizenship Act (1970), Bantu Homelands Constitution Act (1971), Aliens Control Act (1973), Indemnity Act (1977), Internal Security Act (1982) Black Local Authorities Act (1982), Republic of South Africa Constitution Act (1983) and others.
Although many of the above Acts were South African, many of them, under different titles, were also introduced and enforced in Rhodesia.
Some of these acts still exist in African legal corridors and others that still apply in independent Zimbabwe in varying remnant forms need to be critically re-examined in the context of indigenisation.
The Representation of Natives Act No 12 of 1936 was legislation passed, also in South Africa, which further reduced rights to indigenous people.
The Cape Province had a qualified franchise which allowed a small number of indigenous Africans to vote for the common roll, although not to sit in Parliament, in terms of the Cape Qualified Franchise.
The qualified franchise dated back to the pre-Union period when the Cape was a separate British colony; it also excluded poorer whites.
The 1936 Act removed indigenous Africans to a separate roll and terminated the right to run for office; other earlier legislation removed the qualifications imposed in the Cape on white settlers.
With this Act, the small indigenous elite — most never had the vote — were removed from the common rolls on which they had been able to register since 1854.
Chiefs, local councils, urban advisory boards and election committees in all provinces were to elect four settlers to the senate by a system of block voting.
The Act also created a Native Representative Council of six white officials, four nominated and 12 elected Africans.
Colonisation of land and its people brought with it many losses, not only of land.
Colonisation proved to be a disruption of traditional culture and an imposition of Western beliefs and values on longstanding indigenous roots, beliefs, customs and rituals, many of which are difficult to rediscover.
Western ways have become integrated into indigenous cultures that have become social and cultural norms; surviving the struggle for freedom and resolute long after the colonising forces have gone.
Dr Michelina Rudo Andreucci is a Zimbabwean-Italian researcher, industrial design consultant lecturer and specialist hospitality interior decorator. She is a published author in her field. For comments e-mail: linamanucci@gmail.com