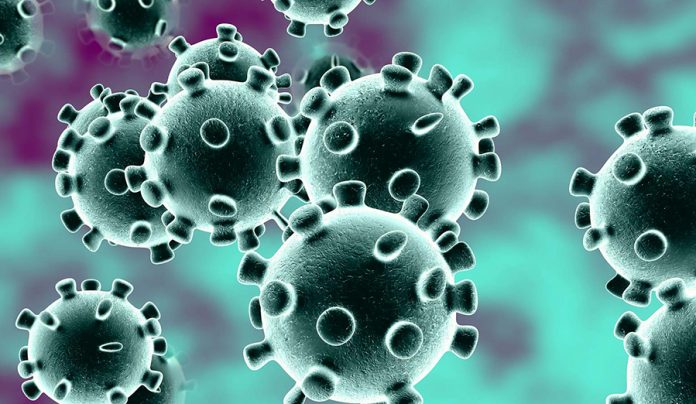 ON January 12 2020, the World Health Organisation (WHO) confirmed that a novel coronavirus was the cause of a respiratory illness in a number of people in Wuhan City, Hubei Province, China, which was initially reported to WHO on December 31 2019.

In no time, this outbreak was a global health emergency

On March 11, WHO said the coronavirus was identified as COVID-19, and declared an international pandemic. The organisation called on all countries around the world to co-ordinate their response under the guidance of the organisation.

On March 23, additional measures were announced – these included:

λ The closure of Zimbabwe’s borders to all non-essential travel, except for returning residents and cargo;

λ Restriction of all public gatherings to fewer than 50 people;

λ of hospital visits to no more than one person per day.On March 27 2020, the Government announced that the country would go into a nationwide lockdown for 21 days from March 30 onwards.

The lockdown has since been extended indefinitely.

This has prompted the International Monitory Fund (IMF) to estimate that the Zimbabwean economy would likely contract by 7,4 percent in 2020, largely due to the impact of the pandemic.

These viruses were originally transmitted from animals to people.

SARS, for instance, was transmitted from civet cats to humans while MERS moved to humans from a type of camel.

As of May 15 2020, according to data compiled by Johns Hopkins University, more than 4,4 million people have tested positive for COVID-19 – the highly infectious respiratory disease caused by the coronavirus.

Some 1,6 million people have recovered and more than 301 000 people worldwide have since succumbed to COVID-19.

The name coronavirus comes from the Latin word ‘corona’, meaning ‘crown’ or ‘halo’.

Under an electron microscope, the virus looks like it is surrounded by a solar corona.

Although little is known about it, human-to-human transmission has been established.

Human-to-human transmissions became evident after cases were recorded with no apparent link to China.

According to WHO, signs of infection include fever, cough, shortness of breath and breathing difficulties.

Other signs include loss of taste or smell as well as muscle aches.  In more severe cases, it can lead to pneumonia, multiple organ failure and even death.

Current estimates of the incubation period – the time between infection and the onset of symptoms — range from one-14 days.  Most infected people show symptoms within five to six days.  However, infected patients can also be asymptomatic, meaning they do not display any symptoms despite having the virus in their systems.

To date, the number of fatalities from the new coronavirus has surpassed the toll of the 2002-2003 SARS outbreak, which also originated in China ,that killed about nine percent of those it infected; nearly 800 people worldwide and more than 300 in China alone.

MERS, or Middle-East Respiratory Syndrome, though, did not spread as widely, was more deadly – killing one-third of those infected.

While the new coronavirus is more widespread than SARS in terms of case numbers, according to WHO, the mortality rate remains substantially lower at approximately 3,4 percent.

According to the Centre for Disease Control and Prevention (CDC), older people are at higher risk of severe illness from COVID-19 which may result in increased stress during a crisis.  People who have severe underlying medical conditions like heart or lung disease or diabetes also appear at high risk of developing more serious complications from COVID-19 infection.

To date, the Chinese health authorities are still attempting to determine the origin of the virus, which they maintain possibly came from a seafood market in Wuhan, China, where trafficked wildlife is also marketed illegally.

Chinese researchers believe the virus could have spread from an infected animal species to humans through illegally-trafficked animal, such as pangolins, which are prized in Asia for food and medicine. Other scientists have pointed to either bats or snakes as possible sources of the virus.

Several known coronavirus strains are known to be in some animals that have not yet infected humans.

In the current trend of globalisation, animal health measures have increasing importance to facilitate safe international trade, especially of animals and animal products while avoiding unnecessary obstacles to trade and health risks to humans.

Dr Tony Monda holds a PhD in Art Theory and Philosophy and a DBA (Doctorate in Business Administration) and Post-Colonial Heritage Studies. He is a writer, lecturer and a specialist post-colonial scholar, Zimbabwean socio-economic analyst and researcher. For views and comments, email: tonym.MONDA@gmail.com