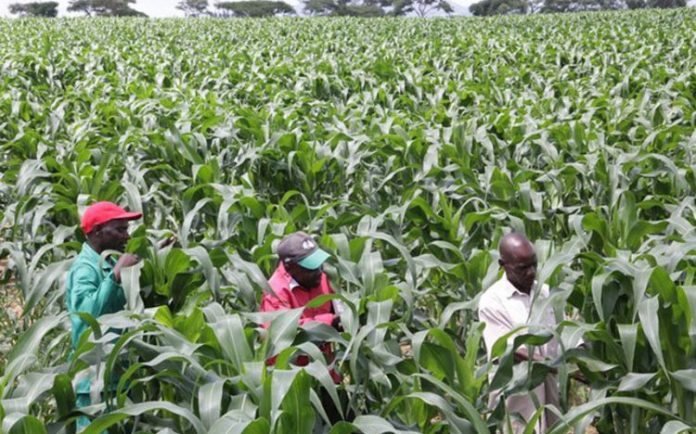 OF late, the noble and magnanimous indigenous socio-agro developments of the land reform and the ensuing Command Agriculture Programme have been erroneously misconceived and portrayed in a negative light by members of the private media in the past months.
Most of the reports are insubstantial and lack any iota of understanding this universal reclamation of indigenous lands by the indigenous people of Zimbabwe and elsewhere in the world and, hence, do not warrant more attention.
However, what is immediately glaring is the lack of knowledge and understanding of Command Agriculture and its ramifications on local and global food security.
The term ‘command’, is an irrevocable military directive to ‘act’. Taking this motto and results-oriented discourse to land use, land reclamation and indigenous empowerment, it implies a directive to produce tangible and quantifiable agricultural volumes and to commit to producing visible returns off the land one has been allocated.
Such commitment can only come from well-oriented Zimbabweans with far-reaching foresight, patriotism and commitment to serve the nation as the war liberators of the recent past.
Being cognisant of this altruistic viewpoint will lead to better harvests, surplus livestock and, ultimately, a keener sense of national responsibility for the new Zimbabwean farmer.
A command is a behest and irrevocable instruction to execute one’s duties – an order and directive to act and in the case of the new farmers – to produce!
The ultimatum to produce off our land (Kuzvipira kurimira ruzvhinzvhi rweZimbabwe) is a question of human sustenance and survival for all.
Our observance of this dictum will ensure food security.
Failure to carry out this directive and mandate can lead to food shortages, malnutrition, a restless nation and, eventually, loss of lives; particularly for the economically vulnerable members of Zimbabwe’s populace.
Land is the solid part/area of the surface of the earth as distinct from water bodies such as oceans, seas, lakes and rivers.
For man, land is a primary raw material for any form of human existence and sustenance.
Following the Second Chimurenga (1965-1979), when thousands of lives were lost, the subsequent Cease Fire of 1979, and the establishment of the Republic of Zimbabwe in 1980, the new Constitution of Zimbabwe increased the newly-independent state’s powers of compulsory land acquisition.
It stated:
“Any land could be acquired compulsory as this was considered necessary in the interest of the public (i.e.: the indigenous majority); for example, for defence or if land was under-utilised and could be resettled for agricultural purposes.”
Therefore, land acquisition for African resettlement and indigenous farming is constitutionally granted. Previously, under colonial administration, the Land Apportionment and Tenure Acts promulgated by the illegal invading BSAC forces of 1890, never possessed any legal claim to the land in this country.
However, through various opportunistic legislative processes, the indigenous African people of Zimbabwe were unceremoniously dispossessed of the free use of their land under British Eurocentric legal land tenure systems outlining the different ways recognised by Eurocentric laws of holding land in the then Southern Rhodesia (Zimbabwe).
Colonial land acts proved to be a systematic disenfranchisement of African land, property and traditional laws of tenure and served to maintain colonial and imperial interests exclusively.
For indigenous African people, land is more than a piece of acreage. It is the earth that anchors our being, our identity, heritage and socio-cultural beliefs while sustaining our lives, livelihood, environment and socio-economic wealth — ivhu renyika ndomusimboti wevanhu vatema (The land is the crucible that anchors and sustains the lives of African people).
Ruthless white settler-deception and racially-biased Eurocentric land laws prejudiced indigenous African people for close to 100 years (1890-1980).
In fact, the colonisers had set the plan and template for African colonisation long before the Berlin Conference was held in 1884-1885, where the resultant colonial plots displaced and disempowered generations of African people, their traditions and land laws.
In 1879, more than 90 percent of Africa was ruled by Africans; but by 1900 almost all of Africa was ruled by European powers.
Africa became a source of raw materials and cheap labour for the capitalist imperial age of Europe in the late 19th Century.
The years between 1890-1920 were a period of conquest and land expropriation.
The BSAC was at the forefront of the occupation of Mashonaland and Matabeleland and the suppression of the First Chimurenga (National Uprising in 1893).
These processes were accompanied by the seizure of land and cattle. Racial segregation in the use and ownership of land was introduced in the early stages of colonisation.
These included: The Lippert Concession (1889), The Native Reserves Order in Council (1898), The Land Apportionment Act (1930), Native Land Husbandry Act (1951) and The Tribal Trust lands (TTL) Act (1965).
By the eve of the First World War in 1914, the apportionment of land was thus:
l Africans 24 000 000 acres
l The BSAC 48 000 000 acres
l Individual white settlers 13 000 000 acres
l Other Private Companies 9 000 000 acres
During this period, the country’s population was as follows:
l African population – 836 000
l White population – 28 000
Already, only three percent of the (white) population controlled 75 percent of the economically productive land while 97 percent indigenous Africans had been forcefully confined to 23 percent of the land distributed into a number of ‘native reserves’.
By independence in 1980, 97 percent of the African population still owned only 45 million acres, slightly under half the total area of 96 million acres, leaving the rest — over half the land area — to only three percent constituting the white population.
When we fought for justifiable restitution of our land in the Zimbabwe War of Independence, the Second Chimurenga (1965-1979), it was more than just a struggle for ‘black majority rule’; it was a full contact, brutal armed war in which indigenous casualties were under-recorded in their thousands. In fact, there are thousands more unknown, unaccounted for and unrecorded in the predominantly few Rhodesian records that exist in our archives.
The devastating massacre of the innocents in the Chimoio and Nyadzonia raids still resonate in the minds of those who were present.
Today, in the first quarter of the New Millennium, (2019), we need to deeply appreciate our land and the benefits and tangible gains of the Zimbabwe war of liberation.