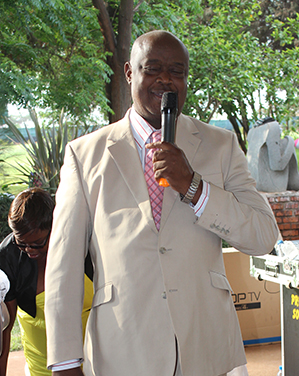 COMRADE Alexander Kanengoni, a smile that disappeared still embracing, still consoling, still teaching, still loving, still very warm.
You brought Zimbabwe home together with all the comrades, all the patriots and all the progressive peoples.
You have kept the light of independence burning until the gentle light of your own soul yesterday (Tuesday) departed from Zimbabwe so suddenly, so gently still.
We still had many books to write together comrade, you never said you would leave so soon.
I will still write comrade, comrades never put down the gun because their fellow combatant has passed on.
But this week I want to remind you of something so very special you did for Zimbabwe.
Yes, you fought for Zimbabwe, you confronted the British armed robbers in the battle, both at the front and at the rear.
You were fearless and dedicated.
You fought many battles when you came home after independence, yes, but there is one battle you have been fighting, the one you were still fighting when you laid down your gun and passed on, the battle of defending the soul of Zimbabwe.
This battle has trounced our hearts, the heart of Zimbabwe.
When we came home, there was so much to do, so much to fulfill, 20 years after independence, 30 years after independence we still were so busy working, struggling, but we had not started writing our own story, the story of Zimbabwe, not so much.
The story of The Patriot is something you birthed with other comrades, but today the story is about you, Cde Kanengoni.
You created a beautiful tapestry, unearthing carefully with the sensitivity of the archeologist and knitted together the truths about Zimbabwe so the family of this great nation would know and understand more about themselves, about the greatness that brought Zimbabwe into being, where it came from, its ancient greatness and its destiny.
You were never the self-aggrandising careerist in search of personal glorification; in seeking to reveal the story of Zimbabwe you sought and nurtured the talent in so many so they too could write with you, our story.
You never sought to blunt the uniqueness in each, the special nuance each writer brought, the special incandescence of their own individual gifts, you sought only to teach, to encourage each to be their best in painting with their distinctive brush, the true story of Zimbabwe.
You nursed out of each their most precious and indeed a ‘thousand flowers’ did bloom.
Watching you with writers, listening to you deciphering a story from the maze of facts was like watching a magnificent episode unfolding in the drama of Zimbabwe.
You taught gently, sweetly and so doing you teased the story each could bring, you quietly went everywhere to seek the story of Zimbabwe, the stories of ordinary Zimbabweans were your choice stories, everyone was welcome in your office, bringing the richness of their special experiences in our struggle, in our lives as a nation, as a people.
You always said it is not just about amassing facts, but seeking the story in the facts and you always urged us to write from the heart.
Which is why we were and are still fortunate to have you as our guide.
Your heart was and still is firmly ensconced in the liberation struggle.
For that struggle, in defence of that struggle, in defence of Zimbabwe, your pen and our pens were sealed in a permanent pledge, nothing that was not true to our struggle, to the ethos of Zimbabwe, to the welfare of our nation never found a pen, never found a voice in what you wrote and what you espoused.
It was healing, it was a privilege to ensconce with a comrade who knew no racism, no tribalism, no classism, no sexism, who was no religious bigot, a comrade who could be a friend to all.
You treated all with love and respect and your simplicity and selflessness endeared you to all of us.
Your gentleness was so true but also your fearlessness in defending principle, in defending what we fought for, your unflinching loyalty to the cause of Zimbabwe was unparalleled.
It was never possible to say no to anything you asked because you said it with an incredible mix of humility, sweetness, such warm friendliness and gentleness.
It is not possible to say goodbye to you comrade.
“Vaitiona tiri tose vachandibvunza, ko mumwe aripiko?”