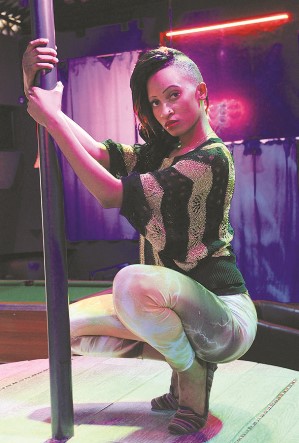 EDITOR – I WOULD like to applaud the Zimbabwe Republic Police CID department for arresting Junior Lizzy Zinhu who calls herself ‘Beverly Sibanda’ after making sexually suggestive dances in contact with men while semi-naked recently.
Fining her was not enough; she should have been relieved of her dancing licence for a while in order for her to come back to her senses.
She has now become very dangerous to society because the message she is sending to other girls who are still at school or unemployed is that all is rosy as long as they organise themselves into dancing groups and parading themselves naked in front of drooling revellers.
This is the reason why we have dancing groups mushrooming with inviting names such as ‘Blue Virgins’, ‘Sexy Angels’ and many others.
Mambokadzi was a successful dancing group, but they tried to dress decently.
The Samba girls whom Bev claimed to copy in her recent acts abided by the rules as they did not involve themselves in contact with men.
Please ZRP keep on protecting the girl child from people such as Beverly.
She is a devious element in society sending the wrong message to our girl child.
I am particularly disturbed because I have a girl child.