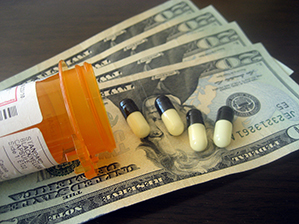 THE National Pharmaceutical Company (NatPharm) has said it needs at least US$40 million to resume the procurement of essential medical drugs.
In an interview with The Patriot on the sidelines of NatPharm Strategic Planning Stakeholders forum, company board chairperson, Eilex Muzondiwa said the country has a medical drug deficiency of 55 percent that needs to be addressed urgently.
“At the moment we can say the company is not performing its role of medical drugs procurement as we are currently operating at very low capacity of between one and two percent,” Muzondiwa said.
“There are only 45 percent units of drugs available in the country and this is coming from our development partners.
“The US$40 million will therefore help us to fill the 55 percent gap to boost and increase the availability of drugs in the country.”
Muzondiwa said the current procurement of drugs in the country was being conducted by development partners who were mainly non-governmental organisations (NGOs).
He said the recapitalisation of NatPharm would also prevent the rampant smuggling and importation of unsafe medical drugs by unscrupulous drug dealers, a situation that could threaten the lives of people countrywide.
“Currently, 98 percent of medical drugs in the country are being supplied by developmental partners who are doing the procurement role and we only do the distribution and storage duties,” he said.
“This situation is dangerous because most of these NGOs are on international duties and might be influenced by certain political issues that can result in most of them withdrawing their services in the country.
“If NatPharm is capacitated, the availability of drugs will increase at the same time reduce the importation of medicines by different people.”
Operations of NatPharm were crippled in 2008 during the economic hardships that hit the country caused by the illegal sanctions imposed on Zimbabwe by Britain and its Western allies.
Since then, NatPharm has been facing operation challenges as most organisations failed to pay their debts for services rendered, with government owing the company at least US$12 million.
NatPharm is 100 percent owned by the government and since its establishment, it has not disposed any shares to private investors.
During the 2014 National Budget, the company proposed US$15 million, but was allocated US$2,5 million.
However, Muzondiwa said they have not received the funds to date.
In another interview, Special Health Adviser in the office of the President, Dr Timothy Stamps said there was need for NatPharm to partner private investors to achieve its recapitalisation process.
“It is not a secret that the government has no money and it cannot afford to fund the recapitalisation of the company from the National Fiscus,” he said.
“Therefore, there is need for Public Private Partnership for the recapitalisation of NatPharm.
“Private partners would help to inject the much needed capital to boost operations of the national drugs procurement company.”
Dr Stamps said NatPharm has attractive products and services that could attract a lot of investment within and outside the country.
“NatPharm should start marketing its product and services to boost its operations and attract more investors,” he said.
Speaking at the same occasion, Retail Pharmacists Association representative said the recapitalisation of NatPharm would increase the accessibility of cheap essential drugs in the country.
“We have been experiencing inconsistent drugs supply in the country due to the undercapitalisation of NatPharm, a situation that has disadvantaged a lot of patients,” he said.
“This has resulted in most pharmacies buying drugs from countries such as South Africa and India which might increase the prices of medical drugs in the country.
“The recapitalisation of NatPharm would therefore, ensure sustainable and affordable availability of essential medicines for most people countrywide.”
NatPharm requires at least US$80 million for its full recapitalisation programme.
Through its recapitalisation exercise, the company intends to boost its critical units such as doubling the storage facilities from 12 000 square metres to 30 000 square metres and also to boost the transport department.