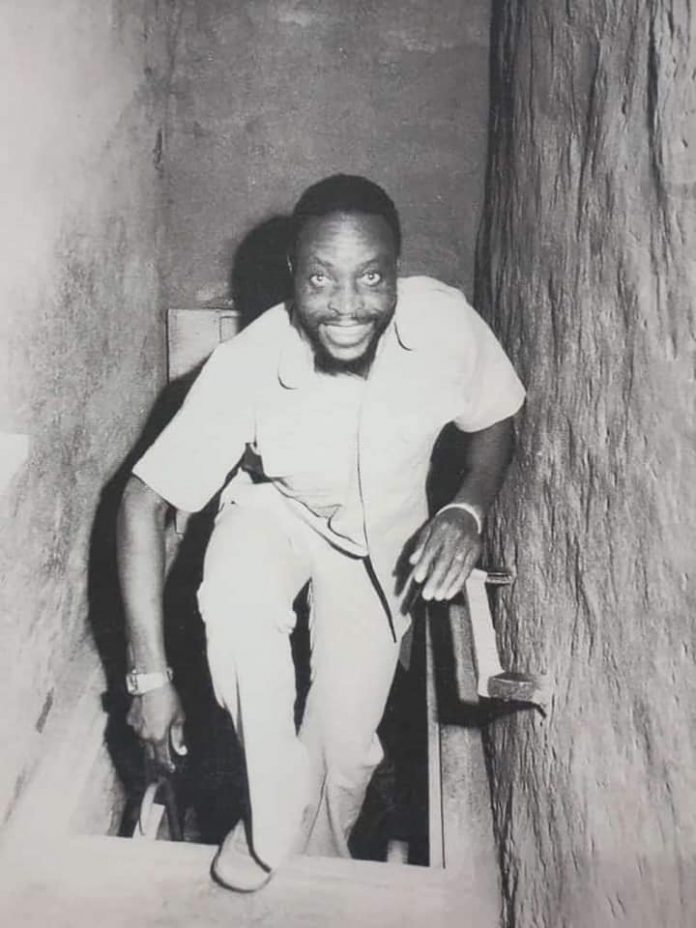 GENERAL JOSIAH TONGOGARA did not court self-importance, but fought for national cohesion and the liberation of the true proprietors of Zimbabwe by engaging the people to surmount the restrictive socio-economic conditions and oppressive laws designed to subdue African progress by the Rhodesian regime.

Asked, in an interview, how he saw his role in the future, he replied: “I have got to participating in the reconstruction of Zimbabwe.

Probably after that I may decide to go back to the countryside and do some ploughing.”

The Chimurenga narrative cannot be fully understood without redressing General Tongogara’s role in the mobilisation, unification and liberation of Zimbabwe.

One cannot speak of national consciousness and guerilla war in Zimbabwe without mentioning the military prowess of General Tongogara and his contribution to the liberation history of the nation.

For too long, his historical significance has been neglected, distorted and even omitted from the military memoirs of current historic discourse of the country.

One of his major achievements was the diffusion of inter-tribal differences and conflicts within camps and in many ways steering the various armed wings of the liberation forcers towards a unified goal and a singular purpose.

Under his leadership, through the Central Committee of ZANU, General Tongogara created a solid military institution (ZANLA) to overcome the land problem in the then Rhodesia.

The late ZANU PF’s Secretary for Defence and Commander of the ZANLA forces, General Tongogara, left a legacy that is hard to emulate.

The late former President Robert Mugabe extolled General Tongogara as “…an unwavering revolutionary whose vision was to establish a free and democratic Zimbabwe devoid of discrimination and oppression on the basis of one’s skin colour.”

Tall, handsome and athletic, he was affectionately known as ‘General Tongo’, ‘Cde Tongo’ or simply ‘Tongo’.

According to Lord Peter Carrington, the then British Foreign Secretary who chaired the talks at the Lancaster House Agreement, General Tongogara was, “…a crucial moderating force, who openly favoured unity between ZANU and ZAPU.”

General Tongogara’s leadership, confidence and humility were combined with humanity and compassion.

His most important goal was that his children – Hondo, Tichafa, Bvumai and Nyaradzo, among others, should grow in peace in a free Zimbabwe and participate in the reconstruction.

In principle, General Tongogara espoused national cordiality and inter-racial harmony, even in the face of his military opponents – the belligerent Rhodesian armed forces (RAF).

General Tongogara was declared a National Hero and was reburied at the National Heroes’ Acre on August 11 1981, in a moving ceremony attended by thousands of people.

In 2005, General Tongogara was immortalised when he was honoured on a postage stamp of Zimbabwe.

In his honour, King George VI Barracks in Harare, the headquarters of the Zimbabwe National Army (ZNA), and Air Force of Zimbabwe (AFZ), was officially renamed the Josiah Magama Tongogara Barracks on December 6 2017.

However, have we, as a nation done enough?

After all, Ernesto Che Guevara (1928-1967), a young medical student, who like General Tongogara, was radicalised by the poverty, hunger and disease he witnessed as he travelled throughout his home country (South America), is world renowned in the annals of international history – where Tongogara’s name is absent.

Che Guevara’s deep desire to help overturn what he saw as the capitalist exploitation of Latin America by the US prompted his involvement in Guatemala’s social reforms.

Che Guevara became a major figure of the Cuban Revolution.

He quickly rose to prominence among the revolutionaries, was promoted to second-in-command and played a pivotal role in the victorious two-year guerilla campaign that deposed the Fulgencio Batista regime.

His stylised visage has become an ubiquitous counter-cultural symbol of rebellion and global insignia in popular culture up to today; over half-a-century after his death.

His high-contrast monochrome graphic of his face, created in 1968 by Irish artist Jim Fitzpatrick, became a universally merchandised and objectified image, found on an endless array of items, including T-shirts, hats, posters and tattoos.

During his life, Che Guevara received several honours of state.

In his homeland of Argentina, where high schools bear his name, numerous Che Guevara museums dot the country, while in 2008, a 3,7-metre bronze statue of him was unveiled in Rosario — the city of his birth.

Some Bolivian campesinos (peasants) sanctified Guevara as ‘Saint Ernesto’ and prayed to him for assistance.

His image adorns the banknote and schoolchildren begin each morning by pledging: “We will be like Che.”

General Tongogara deserves a befitting legacy for commitment to the liberation of Zimbabwe.

Dr Tony Monda holds a PhD in Art Theory and Philosophy and a DBA (Doctorate in Business Administration) and Post-Colonial Heritage Studies. he is a writer, lecturer and a specialist post-colonial scholar, Zimbabwean socio-economic analyst and researcher.