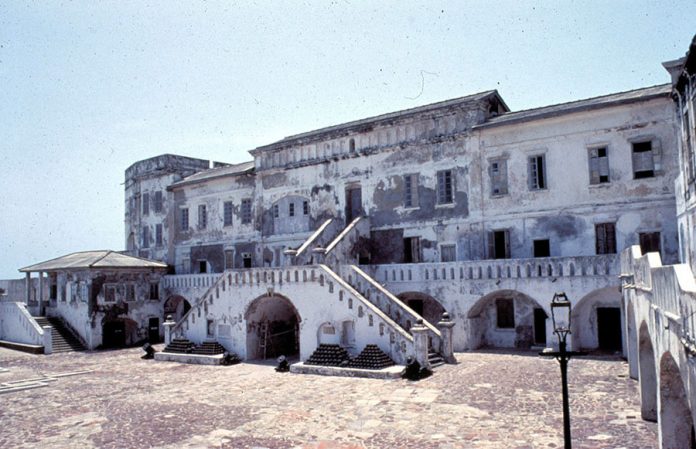 THE year 2019 marked 400 years since the anchoring of an English ship in Jamestown, Virginia in the US carrying a small group of enslaved Africans.

While Africans had been in other parts of the Americas region (including the present-day US) before 1619, that year is widely regarded as the commencement of the slave trade in the US.

To commemorate this anniversary, the president of Ghana encouraged descendants of those enslaved back to the West African nation to reconnect with their roots and invest in the country.

“We will work together to make sure that never again will we allow a handful of people with superior technology to walk into Africa, seize our peoples and sell them into slavery,” President Nana Akufo-Addo said in 2018 while announcing the initiative.

The promotion dubbed The Year of Return, a Government-funded call for the African Diaspora to explore Ghana four centuries after the first slave ship reached Virginian soil — has enticed some Africans-Americans to stay for good.

The year-long campaign targeted to draw about 500 000 visitors from the US and around the world.

So far, 126 African-Americans and Afro-Caribbeans have become Ghana’s newest citizens.

According to Quartz Africa, throughout 2019, Ghana was hosting a raft of activities, at home and abroad, to encourage the descendants of those who were enslaved to return.

In June 2019, President Akufo-Addo embarked on a five-nation tour of the Caribbean to promote the initiative.

In his speech, President Akufo-Addo added: “We recognise our unique position as the location for 75 percent of the slave dungeons built on the west coast of Africa through which the slaves were transported.

That is why we had a responsibility to extend the hand of welcome, back home to Africans in the Diaspora.”

Rabbi Kohain, one of the slave descendants who returned to Africa said: “The most valuable possession that was taken away from us was our identity and our connection; it was like severing the umbilical cord… But tonight, our identity, the dignity, the pride that has been absent is restored here.”

This is not the first time African-Americans and the Diaspora have heeded the call to come home to Africa.

Shortly after the US abolition of slavery in the 19th Century, influential leaders such as Marcus Garvey pleaded with African-Americans to return to Africa, some staying for good, including the pan-Africanist intellectual, W.E.B. Dubois.

Two hours west of the capital, is the Cape Coast that served as the final destination in Africa for millions of slaves before being shipped overseas.

Point of No Return

Between 1482 and 1786, clusters of castles and forts were erected along the 500 kilometre-long coastline of Ghana between Keta in the East and Beyin in the west.

Marking the beginning of the slaves’ perilous journey during the era of the slave trade, these fortresses were the last memory slaves had of their homeland before being shipped off across the Atlantic, never to return again.

Back then, Ghana was called the Gold Coast due to its vast quantities of gold and these strongholds served as fortified trading posts offering protection from other foreign settlers and threats from the African population.

Placed strategically as links in the trade routes established by the Portuguese in the 15th Century, who were the first settlers on the Gold Coast, the forts thereafter were seized, attacked, exchanged, sold and abandoned during almost four centuries of struggle between European powers for domination over the Gold Coast.

As early as the 1500s, the settlers’ interest turned to slave trade in light of the growing demand for human labour in the so-called ‘new world’ (the Americans and the Caribbean).

From holding gold, ivory and other wares, the castles gradually imprisoned slaves, who were reduced to yet another ‘commodity’.

The majestic fortresses along Ghana’s breathtaking coast housed dark dungeons, overflowing with misery and despair, right up until the slave trade was gradually abolished in the first half of the 1800s.

From West Africa alone it is estimated that six million slaves were shipped to other countries.

About 10-15 percent of those perished at sea during the so-called Middle Passage, never reaching their final destination.

Today 30-odd surviving forts, castles and former trading posts can be found along Ghana’s coast, many bearing witness to the largest (forced) migration in history and to the atrocities humanity is capable of committing.

The castles were the ultimate stop in many ways.

They provided the last experience that men and women had in their homeland before their final departure.

For those who didn’t make it to the so-called ‘new world’, the castles were the last place they ever saw on land.

The last shreds of hope would wither away with every day of captivity in the castle.

On the seaboard side of the coastal slave castles, was ‘the door of no return’, a portal through which the slaves were lowered into boats and then loaded like cargo onto big slaving ships further out at sea, never to set foot in their homeland again and with a final goodbye to the freedom they once knew.

One of the most infamous castles in Ghana’s dark episode of slavery is the Cape Coast Castle.

It began as a trade lodge constructed by the Portuguese in 1555 on a part of the Gold Coast, which later became known as the Cape Coast.

In 1653, following Sweden’s conquest of the Cape Coast, the Swedish Africa Company constructed a permanent wooden fortress for trade in timber and gold.

The fort then passed through the hands of the Dutch before being conquered by the British in 1664.

Over the years, the fort was increasingly used for the developing slave trade, which came to a peak in the 18th Century.

By 1700, the fort had been transformed into a castle and also served as the headquarters of the British colonial governor.

It is reported about 1 000 male and 500 female slaves were shackled and crammed in the castle’s dank, poorly ventilated dungeons, with no space to lie down and very little light.

Without water or sanitation, the floor of the dungeon was littered with human waste and many captives fell seriously ill. The men were separated from the women and the captors regularly raped the helpless women.

The castle also featured confinement cells — small pitch-black spaces for prisoners who revolted or were seen as rebellious. Once the slaves set foot in the castle, they could spend up to three months in captivity under these dreadful conditions before being shipped off to the so-called ‘new world’.

An environment of harsh contrasts, the castle also had some extravagant chambers, devoid of the stench and misery of the dungeons, only a couple of metres below.

For example, the British governor and officers’ quarters were spacious and airy, with beautiful parquet floors and scenic views of the blue waters of Atlantic.

There was also a chapel in the castle enclosure for the officers, traders and their families as they went about their normal day-to-day life completely detached from the unfathomable human suffering they were consciously inflicting.

Another infamous slave castle is the Elmina Castle (often called St. George’s Castle), situated in the town of Elmina, about 13 km from the Cape Coast Castle.

Known as the oldest European structure in Ghana, the castle’s construction began in 1482 following the arrival of the Portuguese on the Gold Coast in 1471, and served to protect the Portuguese settlement area, named São Jorge da Mina (St. George of the Mines).

However, by the 17th Century, most of this trade was in people.

In 1637, the Dutch seized control of the Gold Coast and continued to use the Elmina Castle as a place to ‘store’ slaves until their departure.

The Dutch made some substantial changes to the Castle, such as setting up a marketplace where slaves could be auctioned.

The conditions were similar to that of the neighbouring Cape Coast Castle.

In the dungeons light could only enter through the doorways or a few small holes at either end of the ceiling.

Any revolt was harshly disciplined.

Men were sent to the condemned cell with no lighting and starved to death, while women were beaten and chained to cannon balls in the courtyard.

Mindful of possible attacks, the Dutch built a bastion, Fort Coenraadsburg (also known as St. Jago) on the hill opposite Elmina Castle, which overlooked its big brother’s house of horrors.

Under the rule of the Dutch West Indies Company, around 30 000 slaves a year passed through Elmina’s door of no return, right up until 1814 when the Dutch slave trade was abolished.

Today, serving as attraction sites for Comedian Steve Harvey, actors Boris Kodjoe, Danny Glover and musicians T.I. and Ludacris who visited the Elmina Castle under the year of return promotion, the castles are more than just museums.

These castles are filled with haunting histories, revealing the horrors of the slave trade.

They serve as a strong reminder of Ghana’s dark history and continue to pay respect to the millions of people who languished at the hands of the whiteman.

They are far from forgotten, even in the 21st Century.