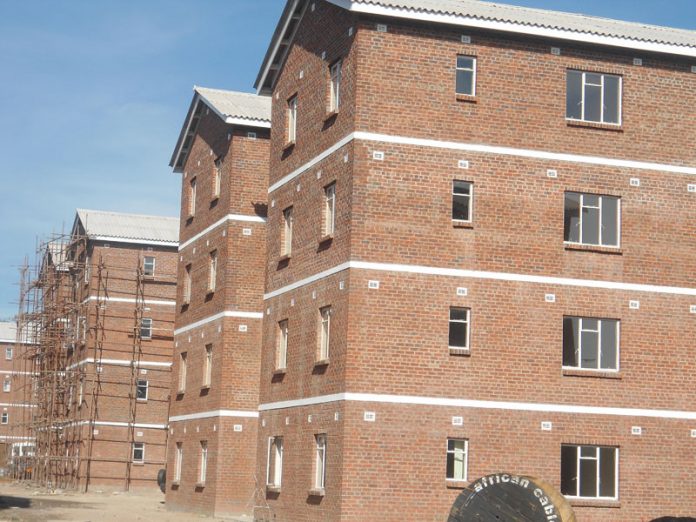 THE promotion of the high-rise building policy by the Ministry of Local Government, Public Works and National Housing has been described as a great development as it will address the housing backlog as well as improve service delivery in the country.
With the increasing need for home ownership by many Zimbabweans, as evidenced by the number of people on the housing waiting list and the sprouting residential houses on undesignated land, people argue the high-rise building concept could bring to an end the mushrooming informal settlements on undesignated land.
High-rise buildings present a good investment opportunity as companies pursue models which are in the best interest of the Zimbabwean people.
The country is currently sitting on an over one million housing unit backlog and this has resulted in the proliferation of many illegal housing structures without proper water and sanitation facilities posing huge health hazards.
Operation Garikai/Hlalani Kuhle was initiated in 2005 by Government to address the plight of people displaced by Operation Murambatsvina/Restore Order.
Phase One of the project saw Government constructing houses for beneficiaries, while Phase Two provided building materials for beneficiaries to construct their own houses.
Over 7 000 people were meant to benefit under the project.
Out of that number, 4 205 were allocated completed two-roomed houses with the remainder being given stands.
The CABS housing scheme, Shelter Zimbabwe and many others have also given opportunities to people to become homeowners with their rent-to-buy facilities.
However, there is no doubt Government is promoting high rise apartments to efficiently and effectively manage land use, especially in urban areas.
Last year, President Robert Mugabe, during a housing conference, challenged all stakeholders to desist from seeing the current housing backlog as a problem, but an opportunity.
Said President Mugabe then: “Housing provision is an engine for economic growth and serves as a barometer for economic growth.
“It goes without saying that when this sector is viable, it creates employment for those in the construction industry and promotes Small and Medium Enterprises (SMEs) who are the main suppliers of building materials.
“I must challenge and implore all of us that today we perceive the housing backlog as an opportunity not as a problem.
“A solution lies with all of us here.
“The housing backlog is an investment opportunity and the houses yet to be constructed are a clear demonstration of an opportunity untapped.”
In an interview with The Patriot, Amen Magwai (39) said the construction of high-rise buildings is a noble idea and that the country had the capacity to construct them.
Muranganwa Charakupa (41), on the other hand, said: “If the programme is implemented well and corruption is curbed in terms of allocation, then a lot of people on the housing waiting list would immensely benefit from this programme.
“However, people who already have houses will benefit before renting out the same apartments.
“So that anomaly must be addressed.”
Freddy Jama Zhou (47) also said: “Despite high-rise buildings requiring a lot of resources, they would definitely help reduce the housing backlog in the country.”