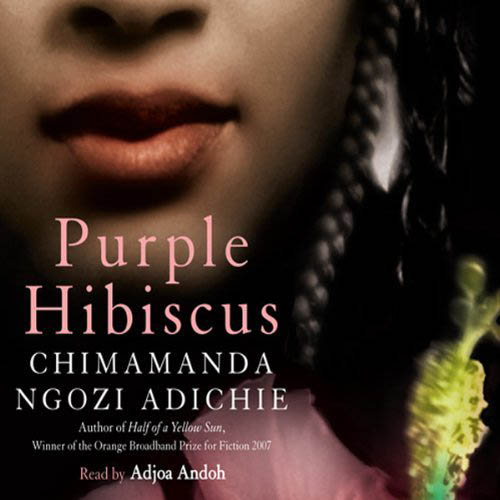 LANGUAGE, culture and religion are some of the aspects that define a people.

In fact, language and religion have a significant relationship among people.

Many African societies, therefore, are unique to each other as a result of differences in traditions and religion.

Although culture and religion are very close, they are not the same.

Through these aspects, one can be able to understand the historical and social context of a given group of people.

It is through these aspects that a story of a certain society can be narrated.

Different African authors, thus, have over the years been able to highlight the impact of various religions to the African culture.

To show that religion can oppress and corrupt people’s minds, celebrated writer Chimamanda Ngozi Adichie’s Purple Hibiscus does that.

Centred in the Igbo society, an African setting, the book tackles issues such as religion, family and culture among others.

Through the book, the author argues that religion and culture can cause conflict between civilisations.

There is the ‘civilisation’ of the whiteman who imposes his religion on an African while at the same time shunning all that is African, including language, traditions and religion.

Purple Hibiscus is told through the eyes of 15-year-old protagonist Kambili Achike, an Igbo girl from Nigeria.

Kambili is able to tell the story through the experiences within her family that show her father, the Catholic rich owner of a factory who oppresses and abuses the family; her mother, a kind woman who does not dare to go against the abuse by her husband; and her brother Jaja, who stands up against the controlling patriarch.

The impact of religion on the Igbo culture reflects that, for many Africans, it can shape their worldview and participation in social life.

The description of Kambili’s father as he takes Holy Communion depicts a grown up man who has dedicated his life to a foreign religion to the extent of becoming a ‘slave’ of it.

“Papa always sat in the front pew for Mass, at the end beside the middle aisle, with Mama, Jaja and me sitting next to him. He was first to receive communion.

Most people did not kneel to receive communion at the marble altar, with the blond lifesize Virgin Mary mounted nearby, but Papa did. He would hold his eyes shut so hard that his face tightened into a grimace, and then he would stick his tongue out as far as it could go,” writes Adichie.

Purple Hibiscus does well in showing the hypocrisy that is instilled in a number of Africans as they try to understand and inherit a religion imposed on them by Christian missionaries.

In her narration, Kambili describes her father as one person who represents such people because, to the outside world, he is portrayed like a good person, yet he does not give himself time to understand Igbo traditions and religion.

He portrays himself as a well-mannered person who strives to offer assistance to the people in his community by offering them jobs and even feeds the entire village on Christmas.

The irony is that such a ‘religious man’ does not feed and speak to his own father because he still lives by traditional religion and has not become Catholic.

It is such hypocrisy and deception that leads to Amaka asking questions about such religion which is imposed on Africans.

“The white missionaries brought us their god,” Amaka was saying. “Which was the same color as them, worshiped in their language and packaged in the boxes they made. Now that we take their god back to them, shouldn’t we at least repackage it?,”  Adichie writes.

Purple Hibiscus is a book that makes the reader question a religion introduced to Africa which does not allow Africans to celebrate their language.

This means accepting such a religion is disowning one’s culture because it is difficult to separate language from culture.

“Father Benedict had changed things in the parish, such as insisting that the Credo and kyrie be recited only in Latin; Igbo was not acceptable. Also, hand clapping was to be kept at a minimum, lest the solemnity of Mass be compromised.”

Interesting about the novel is the fact that the author brings out characters who are more liberal and even goes to the extent of questioning such religious acts imposed on them by Christian missionaries.

“The educated ones leave, the ones with the potential to right the wrongs.

They leave the weak behind.

The tyrants continue to reign because the weak cannot resist. Do you not see that it is a cycle?

Who will break that cycle?

One day I said to them, Where is the God you worship? They said he was like Chukwu, that he was in the sky. I asked then, Who is the person that was killed, the person that hangs on the wood outside the mission? They said he was the son, but that the son and the father are equal. It was then that I knew that the white man was mad. The father and son are equal? Tufia! Do you not see?”

As the story unfolds, the author introduces Kambili’s aunt Ifeoma, the sister to her father, and in her, we see a liberal character.

She is a divorced and independent woman who values her three children more than anything else.

Unlike Kambili’s father, she takes care of their old father and embraces traditional Igbo culture.

This shows that not all African people were receptive to Western religion and culture imposed on them.

Some resisted and many are still resisting as they continue to embrace and celebrate African religion despite the emergency of imperialism.