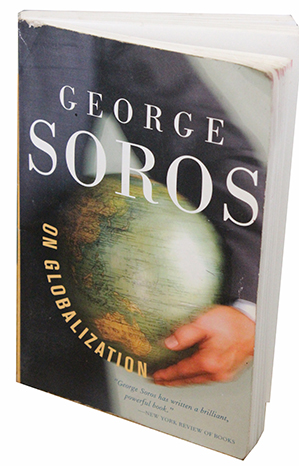 AS the Extraordinary Summit of the South African Development Community (SADC) opened in Malawi on January 14 2002, Britain threatened to withhold US$18 million in budgetary support from Malawi, chair of the SADC, unless it agreed to direct the SADC towards the imposition of sanctions against Zimbabwe.
This was a significant portion of Malawi’s budget.
Britain also threatened to withhold food aid.
Similar threats to withdraw budgetary support were wielded against Mozambique. This is just but one of the many cases where ‘rich’ countries have tried to use aid to dictate the direction developing countries must take.
In this case it was a failed attempt.
It is sad though that in some cases, leaders of countries receiving aid cave in to the demands of selfish leaders of the developed countries.
In 2002 George Soros wrote a book titled George Soros On Globalisation which interrogates the strengths and weaknesses of the global capitalist system.
Soros raises critical points on how globalisation, noble as it might appear, has created an uneven playing field between the developed and developing countries with the latter on the receiving end.
Globalisation, as defined by the writer, is ‘the development of global financial markets, the growth of transnational corporations and their increasing domination over national economies.’
Soros argues that international institutions that have been created to aid world trade have been biased towards propagating the views and ill goals of the developed countries.
“The institutions that sustain international trade and global financial markets are relatively strong,” he writes.
“They do need some reforms because they are being operated for the benefit of the rich countries that are in control, often to the detriment of the poor ones that are at the periphery of the system.”
Africa, despite being the richest continent in terms of natural resources, has been left with no say on how the world is ‘run.’
“Far too few resources have been devoted to correcting the deficiencies of globalisation,” writes Soros.
“As a result, the gap between the rich and the poor continues to grow.”
It is the Third World countries, mainly in Africa, that are ‘burdened’ by debts as a result of loans acquired from Bretton Woods institutions.
In the book Confessions of an Economic Hitman, whistleblower John Perkins highlights that every child born today in Africa and in the next 50 years will owe thousands of dollars to Western governments as a result of loans from the Bretton Woods institutions.
Soros raises critical points that the receivers of these loans and foreign aid should note.
“First, foreign aid serves the interests of the donors, rather than those of the recipients,” he writes.
Aid to Africa is coming with strings attached.
Promote homosexuality, help in dislodging elected governments and adopt Western values of ‘democracy’ are some of the conditions accompanying foreign aid in Africa.
This has resulted in some African leaders being compromised and going against their principles all in the name of pleasing the donor countries.
However, countries such as Zimbabwe have stood their ground and shown the West that they will not be manipulated but instead use natural resources to empower people and develop the economy.
Soros highlights that the various developmental projects undertaken by these developed countries benefit them more than the recipients.
“A second related point is that recipients rarely have ownership of development projects, which are designed and implemented by outsiders.
“When the experts leave, not much remains.
“Programmes that are imported rather than home grown often do not take root.”
Most of these so-called developmental programmes have resulted in a dependency syndrome which leaves Africa always living at the mercy of the West.
Under the guise of wanting to help eradicate poverty and hunger in Africa, the West instead of investing in agriculture projects that make receivers self-sustainable, brings in food rations through donors.
When the food rations are finished Africa is ‘forced’ to go again with a begging bowl to the West and in the process more conditions are attached to the aid.
“Countries like to channel aid through their own nationals who act as a constituency supporting foreign aid,” writes Soros.
“Even international institutions prefer to send foreign experts rather than develop domestic capacity.”
Developing countries should take a stand that bars developed countries from manipulating them.