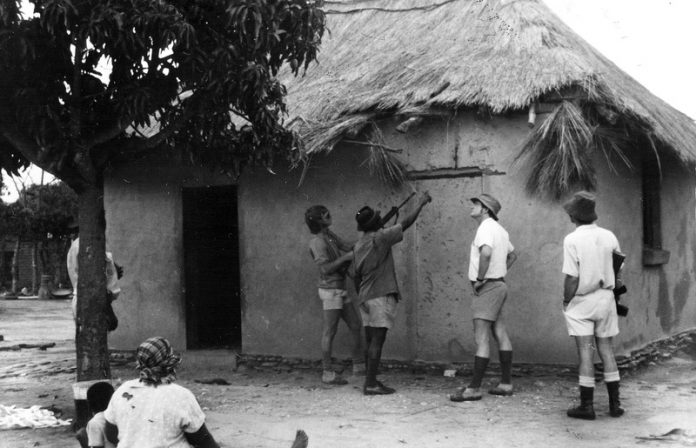 DURING the course of my articles on the ‘History of land, agriculture and Zimbabwe’, I have often made reference to the importance of secure land tenure rights.
However, how does one recognise and secure tenure rights?
Should tenure be secured in the private ownership standard, or should indigenous forms of land tenure be fully recognised, implemented and protected?
The ownership of private property has been officially recognised in the laws of Zimbabwe, inherited from the colonial predecessor, thus, the tendency was towards the protection of private property that was further enshrined in the Lancaster House Agreement.
In SA also, prior to the advent of their own constitutional democracy, the leaning was also towards the protection of private ownership.
The 1913 Land Act that was usually regarded as the first of the Spatial Segregation Acts, only permitted indigenous Africans of that country to live in ‘certain’ areas – namely seven percent of the land, to which a further six percent was added in 1936 through the Land and Trust Act, that South African indegene could occupy, similarly in pre-independent Zimbabwe.
Just as the case was in Rhodesia prior to independence, this land was held in ‘trust’, where Africans “… could hire, purchase or occupy this land….”
And, as in Rhodesia, further legislations were passed,including the Native Administration Act of 1927; Bantu Authorities Act of 1951 and Regulation 188 of 1969 that radically reduced a land-holder’s facility to alienate, transfer or bequeath land.
The allocation of land was dependent on ‘white officials’ who followed strict regulations that did not take into account or accommodate African indigenous land tenure systems.
Land held in ‘trust’ was a term used as an attempt to describe African indigenous tenure; that part of the greater strategy of the colonial authorities to justify expropriation of land, as land in this context was regarded as ‘dead capital’.
The colonisers erroneously assumed that land ownership was a universally applicable concept; they also assumed that the notion of ‘ownership’ was applicable to ‘civilised societies only’.
Furthermore, they assumed that “…land must have an owner,” even where rights had actually never been applied or defined.
The fact that ‘ownership’ was a strange concept to indigenous people (the world over) meant that the colonial government could appropriate ‘unowned’ land at will.
If and when a dispute arose between Africans regarding land, European common law was used instead of the courts applying or developing African indigenous law.
While some attempted to overcome the problem of indigenous land tenure and the incompatibility with ‘ownership’ by stating that land was “…common to all people”, ‘communal’ or that “…communities as corporate entities” make the decisions regarding access and use of land.
In most areas, this resulted in tenure insecurity where land was held under African indigenous law, not because African indigenous land law systems were inherently insecure, but rather due to the dislocation of these systems from the social and institutional context that defined and sustained them, and the application of the indigenous law in the colonial legal framework.
Therefore, the question remains: How does one secure indigenous land rights since it is often contented that indigenous law confers no property rights in land?
Indigenous land rights systems are ‘communal’ in nature, that ‘ownership’ is collective and that the community as an entity makes collective decisions about the access and use of land.
Indigenous land right systems are said to create “…reciprocal rights and obligations that bind together, and vests power in, the community members over land.”
Indigenous African property law was believed more concerned with people’s obligations towards the land, environment and each other in respect of property, rather than with the rights of people in property.
To determine who be granted access to, or exercise control over, land and the resources and who may control and manage the land resources, on behalf of those who have access to it, a recent paper suggests that one needs to look at indigenous rights and obligations and the performances that arise from them.
In a recent case held in SA, namely Tongoane v National Minister for Agriculture and Land Affairs, the Constitutional Court of that country declared the Communal Land Rights Act, that was meant to be the legislation securing indigenous land rights, unconstitutional.
Section 25(6) of the SA’s post-independence Constitution entitles persons or communities “…whose tenure of land is legally insecure as a result of past racially discriminatory laws or practices…” to tenure which is legally secure.
Section 25(9) commands SA’s Parliament to enact legislation to provide for such tenure security.
The White Paper on Land highlighted some principles with regard to security of tenure, while making specific reference to tenure security in the former homelands, where African indigenous land tenure was held in ‘trust’ by the previous apartheid government that issued ‘permits’ to indigenous South African people to live in the ‘homelands’; akin to the tribal trust lands (TTL’s), as they were known in Rhodesia prior to independence cognisant that tenure reform had to move towards ‘land rights’ and away from the ‘permits’ that were in place during the apartheid era.
The aim was also to unify the system of land rights and to purge the second-class system for black people that were developed by the authorities during apartheid.
The White Paper proposed that people of SA be allowed to choose the tenure system most appropriate to their circumstances.
This was to include group and individual rights, or a combination, provided that the systems adhere to the new Constitution’s commitment to basic human rights and equality.
Thus, a rights-based approach was proposed, that also recognises the de facto rights in law.
Dr Michelina Andreucci is a Zimbabwean-Italian researcher, industrial design consultant, lecturer and specialist hospitality interior decorator. She is a published author in her field. For comments e-mail:linamanucci@gmail.com