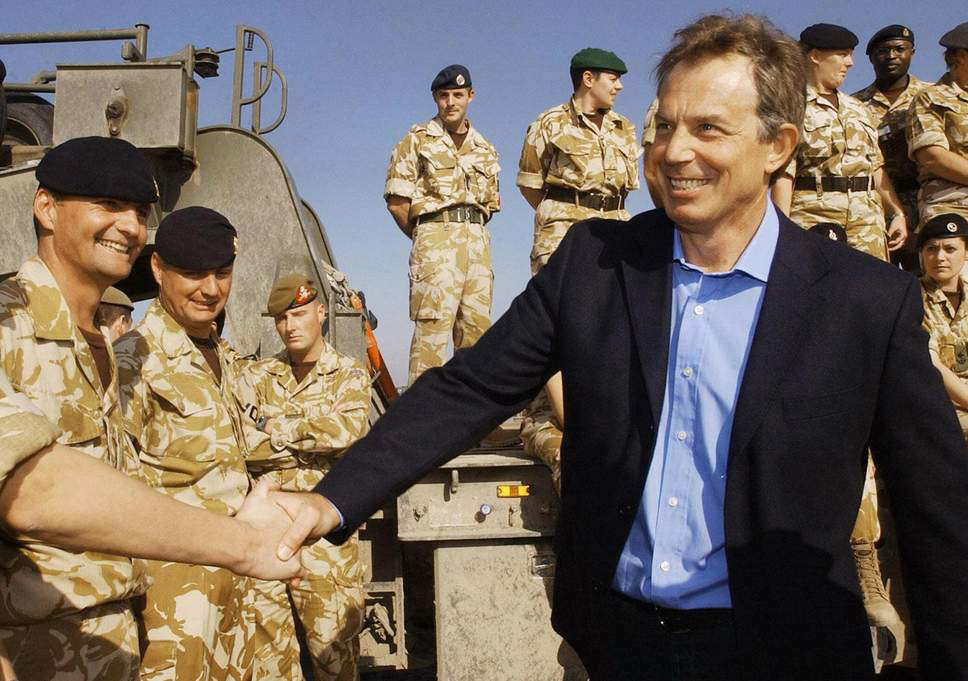 PATRIOTS are, for good reason, worried by the West’s current manoeuvres in Venezuela.

They are concerned that the West may appoint Nelson Chamisa the president in Zimbabwe, the same way they have appointed Juan Guaido president of Venezuela notwithstanding the fact that President Nicolas Maduro is the legitimate leader of the country.

We cannot rule out the possibility of that happening in Zimbabwe especially because we are dealing with Europeans and their cousins in the United States — a people, who, throughout history, have preyed on the black race from the era of the Crusades, the slave era, the colonial period and the post-colonial era.

Their failures in this respect have since generated high levels of frustration to a point of desperation.

They are visibly agitated and impatient to finally bring Zimbabwe under their control.

Hence the high levels of hooliganism openly planned and funded by personnel from Europe and America as we witnessed in the recent past.

In fact, under normal circumstances, after 20 years of failed soft power strategies, Zimbabwe should be due for the more potent regime change strategy of military invasion.

The fact that the West appears to be failing to go beyond the promotion of hooliganism is a sure sign that military invasion is not possible in Zimbabwe.

The basic difference between Venezuela and Zimbabwe is that in Venezuela the West can, theoretically, invade the country and forcibly remove President Maduro, the legitimate president, to make way for their appointed puppet, Guaido.

Likewise, while the West can, with ease, appoint Nelson Chamisa as their preferred choice for president, they will find it near impossible to bomb or deploy troops in Zimbabwe to remove President Emmerson Mnangagwa and install Chamisa.

The basic reason why the West will not resort to military intervention in Zimbabwe is because any such action has the potential of triggering a vicious racial war throughout the region of Southern Africa.

Such a war would put at risk the lives of the white settler community in the region. The aggressor government is also sure to fall back home.

Tony Blair, the former British Prime Minister who started the regime change agenda against the ZANU PF Government in 1999, once seriously considered the idea of invading Zimbabwe but was strongly advised against the idea by his military experts.

On page 249 of his autobiography, Tony Blair confirms that invading Zimbabwe is not an option by saying, “… it may – as with Mugabe – be simply impractical to intervene.”

Likewise, George Bush, Tony Blair’s partner in crime, in 2007 came up with a proposed project to send troops to Zimbabwe.

The project was dubbed, ‘Operation Shumba’ which would see US troops being deployed to Zimbabwe in support of their preferred successor to Mugabe.

The script which Bush presented to his military experts for consideration painted a hypothetical scenario in which President Mugabe has been killed in Senegal and ‘Mujuru’ has taken over as president.

As this is happening, Mnangagwa is out of the country and on his return to the country, Mnangagwa rejects the Mujuru takeover and starts Chimurenga IV against the Mujuru government supported by members of the army.

To help defeat the insurgency, Mujuru requests the US to intervene militarily. Should the US accept Mujuru’s invitation, Bush wanted the military experts to advise him.

In response, the US military, in a 150-page document advised that military invasion was not an option for Zimbabwe.

The big task for us here is to delve into the issues that explain why the two legendary bullies of the West do not think it is a good idea to invade Zimbabwe – a small country in Africa whose economy they have systematically ravaged through 20 years of economic sanctions and sponsored hooliganism against the ruling party, ZANU PF.

To be thorough in our analysis, we should start with a bit of history and a bit of geography.

Zimbabwe sits at the centre of the region called the Southern African Development Community (SADC) which mining experts describe as ‘the Persian Gulf of minerals’.

Apart from being the largest reserve of minerals generally, the region is particularly valued for its strategic minerals.

These are highly treasured rare minerals such as Platinum Group Metals (PGM), chrome, manganese, fluorspar, rare earth minerals, cobalt and many others which are largely a preserve of Southern Africa.

Let us take chrome and the PGMs as examples.

And like chrome, the two countries, between them, host over 90 percent of the world’s PGMs with Russia coming a distant third.

In fact, the SADC region is of such importance as a source of strategic minerals that it is the only region in Africa which the West denied independence until the black people in five of the countries, namely, Mozambique, Angola, Namibia, South Africa and Zimbabwe took up arms to fight for independence.

It is that urge by the West to maintain access to and control of the strategic minerals of Southern Africa that led to the liberation struggles.

It remains the major reason for destabilising the former liberation movements which are the ruling parties in Southern Africa.

It is also fact that, apart from Algeria

and Guinea Bissau in the north which fought for their independence after being denied independence for their rich oil reserves, all the other liberation wars in Africa were fought in the SADC region signifying the strategic nature of the region.

SADC also boasts some of the best soils suited for agricultural production.

The region is also rated as having the best climate for human habitation and animal husbandry.

The totality of these factors explains why Southern Africa is the region that has the most sophisticated infrastructure including factories, commercial buildings, engineering firms and other businesses, most owned by white settlers and companies from Europe and America.

Also for the same reasons, the SADC region hosts over six million white people, the largest number of people of Western origin in Africa.

To dramatise the point a little, a Western attack on any of the countries in Southern Africa is like committing incest or worse still, it is like administering a poisonous concoction on the family.

The totality of the points highlighted above is the reason why reckless adventurism by the West in Zimbabwe and the region has been described as ‘impractical’.

In some parts of Africa where there are few white people, we have witnessed large aircraft being used to evacuate people of European extraction before the bombings begin.

This is not possible in Zimbabwe and the region because of the huge numbers of white people and their investments.

Buildings, factories, mines, and businesses owned by Western companies pervade the cities and the countryside of the regional countries to the extent that if a reckless Western invader drops a bomb on Harare, Pretoria or Windhoek, they are likely to destroy several buildings and factories owned by white people and companies from Europe and, in the process, kill or injure a whiteman or two.

Our experience in the past is that when a few white people are killed in Africa, it becomes a very big and topical issue in Europe.

No Western government would risk such a public relations disaster.

If the mines that produce the strategic minerals on which the defence and commercial industries of the West depend are bombed or made dysfunctional, the economies of Europe and America will be directly impacted.

No Western government would want to risk engaging in a war that causes the deterioration of the standard of living at home.

The reason why we discuss Zimbabwe in the context of the region is because, having repossessed its land, Zimbabwe carries the hopes of the landless in South Africa and Namibia, countries still grappling with the problem.

Black people in these countries have become impatient with their governments for ‘taking too long’ to adopt the strategies used by Zimbabwe to acquire land from the white settlers who stole it from their forebears.

Landlessness remains a sensitive economic and racial issue in Southern Africa and Zimbabwe is viewed as a huge success in this respect by the landless of South Africa and Namibia.

The West, on the other hand, sees Zimbabwe as a bad example to the region.

Hence the US’ description of Zimbabwe as “an unusual threat to America’s foreign policy.”

They fear the domino effect that may influence Namibia and South Africa to resolve their land problem by ‘grabbing’ land from the white settlers who, currently, hold over 80 percent of it.

In fact, most black people of the world view Zimbabwe’s successful land revolution as their victory against imperialism.

Evidence in this respect abounds.

The African Union (AU) has stood side-by-side with Zimbabwe throughout the period of tensions with the West.

In 2000, Britain went on an offensive to isolate Zimbabwe appealing to the Commonwealth, the African Union, SADC, and the ACP to place Zimbabwe on the agenda of the United Nations Security Council without success.

At the ACP – EU grouping in the same year, British members of the Parliamentary Assembly twice unsuccessfully mobilised ACP countries to table a condemnatory resolution on Zimbabwe in March (Abuja) and October (Brussels).

A meeting for the same grouping scheduled for Brussels in November 2002 had to be abandoned after the ACP countries resisted attempts by the EU to prevent Zimbabwean ministers from attending.

In this respect, Russia and China have been key partners of Zimbabwe at the Security Council.

Nefta Freeman actually warned the West against attacking Zimbabwe as that would unite black people around the world.

He said: “Most Africans/black people around the world are politically disorganised and too imbued with Western values and ideas to take any effective stand against Western policies toward Africa.

The easiest way to get us (blacks) organised and energised around Africa would be to bomb or invade us.”

That is part of what the West fears about Zimbabwe.

Like Venezuela, Zimbabwe is endowed with rich mineral resources which the West wants to claim for themselves.

Unlike Venezuela, however, a Western military attack on Zimbabwe will literally obliterate boundaries and trigger a racial war which no authority in the region will be able to stop.

Targeting ZANU PF will also threaten all the ruling parties in the region with a liberation struggle background.

And in the chaos that is likely to follow, the white settler community will remain dangerously exposed to the vagaries of high racial tension arising from a natural fear of extinction by both the governments and the citizenry of the region.

A military attack on Zimbabwe will also automatically swing the veterans of the liberation struggle into action and the target of their response is definitely not going to be the invading force, but the white settler community who will, correctly, be viewed as the beneficiaries of the attack.

Having adequately exposed the dangers of reckless Western behaviour in Southern Africa, we must not forget Chairman Mao’s wise words: “Imperialists are paper tigers, they pick up heavy rocks only to drop them on their own feet.”

The point, however, is that we should not be intimidated by Western manoeuvres in Venezuela and elsewhere.

These are people we defeated on the war front before. We will beat them again and again until Southern Africa becomes imperialism’s graveyard.

In this war, black people have no option.