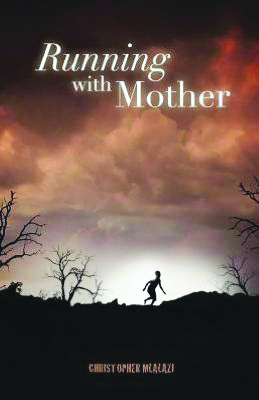 “A writer has no choice. Whether or not he is aware of it, his works reflect one or more aspects of the intense economic, political, cultural and ideological struggles in a society. What he can choose is one or the other side in the battlefield: the side of the people, or the side of those social forces and classes that try to keep the people down. What he or she cannot do is remain neutral. Every writer is a writer in politics. The only question is what and whose politics.” – Ngugi Wa Thiongo.

BULAWAYO-based author Christopher Mlalazi is livid after The Patriot recently reviewed his book, Dancing with life: Tales from the township.
In fact, Mlalazi says the review is full of hatred and his accusations have spilled from my personal mailbox to the so-called independent media as seen by an article in The Standard (June 21-27) that carried a story by Bookworm entitled, ‘The Patriot and expatriots’.
As a reviewer, especially for The Patriot, one is often accused among other things of being a Mugabe apologist.
One is accused of not seeing the ‘light’ that is championed by ‘forward-thinking’ nations from Europe and America.
But the Americans and Europeans have for decades now been selecting public influential figures like writers and journalists to mentor them on ‘effecting change’ in their former colonies.
The plan is to rubbish the government and ridicule the state to a point that its citizens lose hope.
In Zimbabwe among the other skills taught at such forums is to repeatedly use the Mugabe name as headline and drag it in the mud until people eventually believe it.
Recently media ‘guru’ Geoff Nyarota lamented on Media Watch, ZBC that journalism had gone to the dogs because people no longer researched articles.
Yet he was the one who championed such writing when he wrote tales of local ‘beheadings’ in the Daily News when he was editor.
Mlalazi, this British-mentored author is adamant that his creative process has no external influence and insists that ‘nobody urges him to write anything’ in reference to amaBooks.
He insists that before I had reviewed his book, I should have phoned him to clarify details of his creative process before writing the book.
However, what Mlalazi takes for granted is that his works will influence a generation long after he is gone.
That is the power of literature and white people know that because it is a historical fact that since colonialism, missionaries and colonial administrators controlled publishing houses and the educational context of novels.
In Zimbabwe just after the liberation war as Zimbabwe’s curriculum was being developed, many writers from the battlefront wanted to exorcise the war demons and tell their story thereby revealing the evil of the colonial system.
However, many manuscripts were rejected, while Harvest of Thorns set in the war flooded schools.
Just by the title, it emphasised that the struggle had been one big sham.
The likes of Weaver Press’ Irene Staunton that The Patriot is accused of ‘hating’ were part of the Curriculum Development Unit at that time.
So could it be by coincidence that Mlalazi was selected for mentorship (to rubbish Mugabe) amidst an array of talented writers?
What has made the author livid is that from 2008 at the height of the ‘Zimbabwean crisis’ he has been receiving nudges, winks, pats on the shoulders and awards that he has begun to look at himself as some literary hero.
My review simply displaced such thinking, something Mlalazi didn’t take lightly.
Mlalazi would sincerely insist that his western sponsored Oxfam Novib PEN freedom of expression award at The Hague for theatre is for his exceptional ability to tell the African story. Through whose eyes, Ngugi would ask?
But the cover of his book, Dancing with Life: Tales from the township depicts grotesque images which is supposed to be art.
And there is a reason why European artistes insist that African art should be ugly and child-like images, while theirs is donned by Monalisas’ to perpetuate the backward tale of Africa.
All art has an agenda.
In his request for redemption, Mlalazi almost swears that my review was ‘full of hatred and a symbol of gutter journalism’, that somehow I missed the objectives by serious margin in his book.
Mlalazi argues that his award at The Hague had nothing to do with the money that exchanged hands between Casals and Associates firm and publishers to bring together material for Mugabe’s eventual arrest and trial at the International Criminal Court at The Hague.
He almost insists that the reason for the Europeans translating his Gukurahundi book, Running with Mother into German and Italian has very little to do with a bigger agenda, but more to teach European readers the Zimbabwean story.
But the question is; is it the true Zimbabwean story?