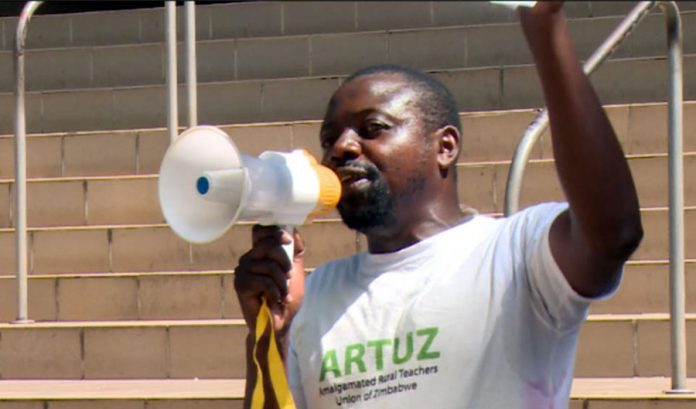 AS Zimbabwe gears for elections, there has been a great deal of ground running by political players.

Like always, a legion of mostly foreign-sponsored non-governmental organisations (NGOs) have intensified their activities too.

Notably, and with surprising vigour, most of these NGOs have developed a penchant for antagonising Government — an oppositional stance which they have adopted since the Land Redistribution and Resettlement programme at the turn of the millennium.

Reports indicate that there are NGOs that give money based on political affiliation.

Reliable sources say that rural households are being given US$9 per head, but this money is given selectively.

A number of NGOs have been implicated in this shady political assistance; a development that has been alligned to the perpetual asymmetric warfare that has never rested since the Fast Track Land Redistribution in 2000.

The NGOs are today more inclined to work with local pressure groups, teachers’ unions and ‘human rights’ organisations as well as sponsoring antagonistic confrontations between these similarly rogue local unions and Government.

The Amalgamated Rural Teachers’ Union of Zimbabwe, for example, has been engaged by such NGOs and funded to identify, recruit and sponsor candidates who are going to be MDC Alliance’s candidates on council and legislative levels. A lot of money has been put into this project.

Allied to this, some NGOs are reported to be behind the MDC Alliance’s massive push and sponsoring of ‘adopt a polling station’ drive.

This has seen a lot of little known organisations, like Project Vote 263, Team Pachedu and Women Academy for Leadership, becoming conduits for spearheading the ‘youth register to vote’ drive under the obvious belief that there will be ‘a youth swing vote’ to favour the opposition victory in 2023.

One cannot escape the daily rants of the Election Resource Centre too, given the centrality of its funding for a disputable election in the event of the opposition losing.

It has its jurisdiction as an election forerunner for ‘no free and fair’ mantra. We have all gone through that in previous years.

All this is not new though, but has prompted this writer to pursue an assessment of the jurisdiction of NGOs in the context of post-independent Africa and nationalist victories.

A look at some aspects of history of the relationship between Africa, or Zimbabwe in particular, and the Western imperial interests will reveal that there is a ‘cold war’ between governments in Africa and a lot of Western-funded non-profit organisations, the later acting as a front for the former.

The NGOs activities in Zimbabwe have shown that sovereignty and freedom in Africa and Zimbabwe have, and continue to be, checkmated against the liberal and neo-liberal Western world policies.

A lot of discerning historians contend that the evolution and role of NGOs in Africa means that their character in ‘development’ represents a continuity of the work of their precursors, the missionaries and voluntary organisations that co-operated in Europe’s colonisation and control of Africa.

Since the slave trade, development in Africa has always been perceived as foreign-assisted. When colonialism came, it propagated a gospel of ‘assisting the dark continent out of savagery’ even though the colonisers found thriving civilisations like the Great Zimbabwe and the Monomutapa Empire.

The pre-colonial and colonial legacy of Africa is thus a continuing saga of attempts at domination, exploitation and humiliation of the continent by the imperial powers of Europe and America.

It is more clear now that the imperial relationship continues, notwithstanding the original revolutionary DNA of nationalism.

African nationalism, as influenced by pan-Africanism and which came to defy the conditions and circumstances of the black people’s existence, is continually under disregard and destruction.

Hence all the strong nationalist countries in Africa have a higher NGO presence than most of those whose independence was given on a silver platter.

National liberation ideologies have been, and continue, to be rubbished today.

National self-determination itself has been, and continues to be, declared out of date.

Africa is told it has only one choice: either to get integrated fully into the globalised world or be marginalised.

The spectre of marginalisation is so rampant that even progressive African scholars dare say that Africa may be graduating from being the region with ‘lost development decades’ to becoming the world’s ideological bankrupt continent.

Failure to adapt to the new Western world order is perceived as ‘retrogressive’.

In the neo-liberal discourse, the African State is villainised and African bureaucracies demonised as corrupt, incapable and unable to learn hence the need for globalised foreign advisors and consultants, who are now termed development practitioners, who mentor, monitor and oversee them.

Among the mentors and monitors are, of course, NGOs.

A growing section of the academic world posit that a large number of African NGOs were born out of the neo-liberal offensive which began to open up some space for freedom of association.

In the initial opening up of such a space, NGOs proliferated without critical examination of their place, role and underlying ideologies.

The anti-State stance of the so-called donor community is now the real push behind the upsurge in NGO activities.

An overwhelming number of NGOs in Zimbabwe are donor-funded.

They do not have any independent source of funding and have to seek donor funds through the usual procedures set by the funding agencies.

In this respect, African historians argue that the degree of independence these NGOs can exercise in relation to donor agendas varies from NGO to NGO depending on the perspectives of its leadership.

In practice, though, as would be readily acknowledged by even the most radical among them, their scope of action is limited.

NGOs are more accountable to their funders than those they serve.

The Zimbabwe NGOs are a typical example.

Because they are largely dependent on funding, their projects are crafted in line with donor preferences instead of those they supposedly represent.

Hence they have put forward an ‘anti-Zimbabwe’ establishment in most of these non-profit organisations.

The Zimbabwe Government and many other African governments have tried to ensure that the NGOs’ activities are supervised with a belief that NGOs would play a role in supporting an emancipatory agenda in Africa.

But this stands contested and bastardised by these entities.

Pan-Africanists believes that the neo-liberal policies advanced by powerful international actors have limited the influence of the State and that NGOs have benefitted as a result. Neo-liberalism is an approach that favours a smaller role for the State in the economic arena.

Given the extent of involvement of missionary societies and voluntary organisations in the suppression of nationalist struggles in Africa, the question arises as to how such organisations were able to survive and even prosper after independence, as many clearly did?

The answer lies in the history of development discourse itself and the emergence of the ‘development NGO’ as an entity in the national and international arena.

While the idea and practice of ‘community development’ existed during the colonial period, voluntary bodies did not present themselves or their work in terms of ‘development’ until much later when the US government and international agencies began to distinguish half the world as ‘under-developed’ and to describe ‘development’ as a universal goal, scholars argue.

The new discourse provided a solution of sorts.

It offered an alternative language and set of practices that, at least on the surface, were free of racial signifiers.

And it appeared to imply some connection with emancipation, the prospect of ‘progress’ that would benefit all.

The discourse offered, and continues to offer, a confused audience a more palatable perspective of Africans. It was, and still is, more palatable because it was similar in many respects to the racist discourses of the past — this time with vocabulary consistent with the new age of modernity.

It was no longer that Africans were ‘uncivilised’.

Instead, they were ‘underdeveloped’. Either way, the ‘civilised’ or ‘developed’ European has a role to play in ‘civilising’ or ‘developing’ Africa.

Caught in the torrent of upheavals that characterised the victory over colonialism, it was easy for these Western NGOs to become romantic and blinkered by their own enthusiasm for “…bringing development to the people” in the newly independent countries.

But the discourse of development provided, and still provides, a means of subverting popular aspirations for radical change in the context of independence struggles while legitimating the continued marginalisation of nationalist governments.

After independence, development worked to undermine popular mobilisations and to limit an expanding communist ideology, both of which threatened to obstruct the continued growth of Euro-American capitalism in former colonies.

But by the late 1970s, events were on the horizon that were to quantitatively transform the ‘development’ arena and lay the basis for the proliferation of NGOs in Africa that rekindled their missionary zeal.

Observers retort that the Bretton Woods Institutions (with the support of bilateral aid agencies) are the new commanders of post-colonial economies.

Through the myriad structural adjustment programmes they initiated throughout the continent, they could determine both the goals of development and the means by which to achieve them.

The turn of the millennium saw new deliberations, a new Western focus.

The outcome of these deliberations was the ‘good governance’ agenda of the late 1990s and the decision to co-opt the NGOs and other civil society organisations to a repackaged programme of welfare provision, a social initiative that could be more accurately described as a programme of social control.

So, in the late 1990s, the focus of attention of the international community was placed upon ‘good governance’, persuading African governments to permit political pluralism in the form of ‘multi-partyism’.

And with multi-partyism came welfare initiatives that accompanied the good governance agenda.

In such a scenario, one quickly finds the place for and the establishment of political parties like the MDC and its surrogate opposition forces.

One will also find the froth and energy at changing the political situation in Zimbabwe by the likes of the Election Resource Centre, World Vision, Care International, Project Vote 263 and Team Pachedu as agencies of change.

One thing stands out clear though, that every anti-Zimbabwe establishment is never homegrown but an orchestration by forces of change fronted by those ‘white skins in black masks’ .