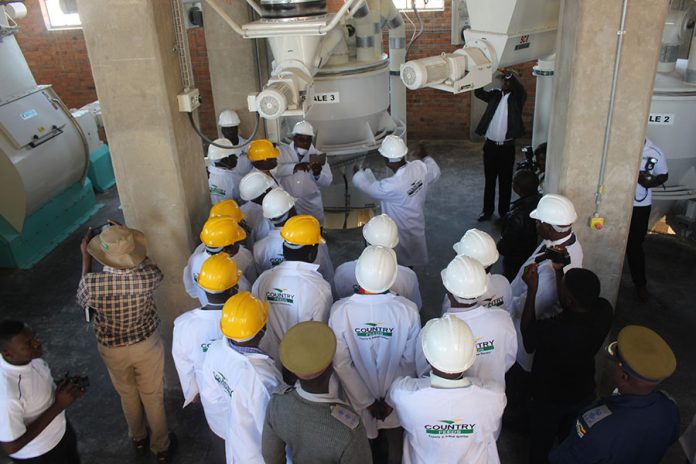 LAST year, Government launched a US$300-million Special Livestock, Fisheries and Wildlife Programme facility focusing on dairy revitalisation programme, aquaculture and livestock disease control to enhance the quality and size of the national herd.
The move followed the successful implementation of Command Agriculture which seeks to achieve food security and nutrition as well as empower the people.
Under the programme, Government set aside US$80 million to kick-start the programme with the remaining US$220 million funding expected to be drawn from the private sector.
Part of the US$80 million will be channelled towards the National Parks and Wildlife Management to demarcate red and green zones which will help control the spread of foot and mouth diseases as well as curtail domestic and wildlife conflict. To enhance the various livestock programmes, public private partnerships (PPPs) would be supported through favourable conditions under the livestock, finance schemes, joint ventures, out-grower or contract production, cattle grazer schemes (through Cold Storage Company) and processor financing.
Farmers, as primary producers, will access loans with a three-to-five-year tenure at a modest comprehensive interest rate of four percent per annum.
In another move set to boost livestock production, Government recently launched a US$10 million stock feed manufacturing plant.
In April last year, Government resolved to separate the Grain Marketing Board (GMB) strategic grain reserve operations from its commercial operations.
The stock feed manufacturing plant is under the GMB commercial operations.
In a speech read on his behalf during the launch, Lands, Agriculture and Rural Resettlement Minister Air Marshal (Retired) Perrence Shiri commended GMB for setting up the plant that would not only benefit the Norton community but the nation at large.
“In December 2017, Government launched the Special Livestock, Fisheries and Wildlife Programme to improve the supply of animal-based products to meet national food and nutritional needs as well as enhance the competitiveness of Zimbabwe’s livestock products on the export market,” he said.
“The special programme has a value chain approach to livestock development.
“The stock-feed manufacturing plant that we are launching today is a very important milestone for the Command Livestock Programme’s multiplier effects on the livestock input supply chain.
“The Special Livestock, Fisheries and Wildlife Programme is expected to increase the demand for stock feeds and this stock feeds manufacturing plant could not have come at a better time than today.”
The launch of the plant comes at a time when GMB recently embarked on a Culture Re-orientation and Change Management project.
The plan seeks to strengthen GMB’s capacity to operate profitable and sustainably as well as make a profound social impact in the communities it serves.
The launching of the Land Reform Programme in 2000 led to a rise in the number of indigenous farmers taking up livestock production. Prior to the programme, most local farmers were not involved in commercial livestock production, long deemed a preserve of white commercial farmers.
Communal farmers kept small herds, mainly for consumption and draught power.
In Zimbabwe, there is a wide variety of domesticated animals including cattle, pigs, goats, poultry and sheep.
The other major commercial livestock species are domesticated wildlife in the form of ostrich, fish and crocodiles.
Min Shiri noted that there has been an increase in the national herd.
“The national herd for major species stands at about 5,6 million cattle, 3,7 million goats, 481 000 sheep and 294 000 pigs,” he said.
“These numbers are low for the country to achieve off-take rates required for domestic consumption and generate surplus for exports.”
During the 2015/2016 summer cropping season, livestock producers were hard-hit by the drought that not only affected Zimbabwe, but the southern African region, due to the effects of El-Nino.
This resulted in deaths of livestock.
The continuing increase in the uptake of commercial livestock production is in line with efforts by Government to preserve and boost the national herd which stands at five million.
Government plans to increase the herd to 25 million. Over the years, farmers’ efforts to grow the herd have been derailed by a number of challenges such as inadequate funding to purchase feeds, dipping chemicals and loss of livestock to thieves.
Strategies have been put in place to ensure farmers do not continue to have their efforts go to waste.
To curb stock theft, a police taskforce, the Zimbabwe Republic Police Anti-Stock Theft Unit was put in place to formulate strategies to protect the farmers.
Government intends to introduce a livestock industry development fund to ensure that the sector is adequately funded.
Plans are underway to strengthen veterinary services though the establishment of veterinary infrastructure.
Livestock has remained the bedrock for most farmers who rely on cattle for draught power.
Despite the challenges bedevilling the sub-sector, Government has continued to urge stakeholders to work together to boost the sector.
As the sector continues to grow, it is hoped more farmers will venture into livestock production and ensure the sub-sector contributes meaningfully to the economy.