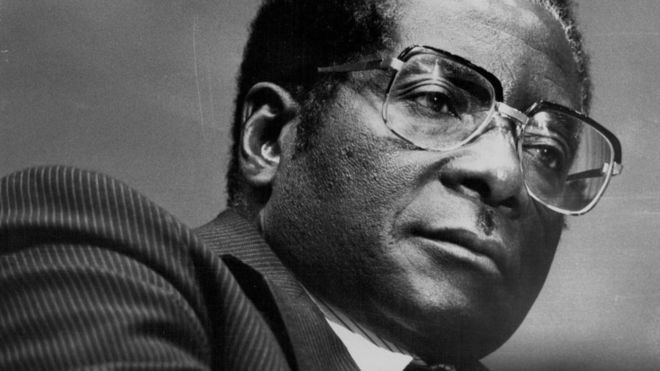 The Chief Secretary to the President and Cabinet, Dr Misheck Sibanda, Deputy Chief Secretaries, Senior Management of the Office of the President and the rest of the Civil Service, join His Excellency Cde E.D. Mnangagwa, President of the Republic of Zimbabwe, the Mugabe family and the nation as a whole, in mourning the sad passing on of the founding father of our nation and former President of our country, Cde Robert Gabriel Mugabe on 6th September 2019.

In Cde R.G. Mugabe, our country, and indeed Africa as a whole, has lost a selfless revolutionary leader, outstanding nationalist and a Pan Africanist par excellence. Our beloved departed former President has left us an enduring legacy of commitment to national peace and unity, which he pursued through his far-sighted policy of National Reconciliation, the 22 December, 1987 Unity Accord between ZANU and ZAPU and other subsequent unifying efforts he undertook throughout his leadership. As a people-centred leader, he assiduously laboured towards the upliftment of the livelihoods and dignity of the Zimbabwean people as a whole.

This, he pursued through policies such as Development with Equity, in the areas of Education, Health, Housing and Labour as well as pursuing the sacrosanct Land Reform Programme, which reposed in the formerly deprived indigenous majority control of their birth-right, the land. Former President Mugabe will be fondly remembered by the generality of Zimbabweans for his firm stance against the vicious onslaught from decadent

Much as he was a true son of the Zimbabwean soil at heart and spirit, he too, was a continental icon, whose devotion to the pristine principles of Pan Africanism was unquestionable. He was indeed, a principled and exceptional Statesman of his generation, who steadfastly championed the rights of the African people, both on the African continent and in the Diaspora. His Pan Africanist ideals and unyielding quest for social justice as well as the sovereign equality of nations, saw him emerge as the conscience and face of Africa’s patent resistance to the hegemonic tendencies that characterise the prevailing global geo-political order. Being one never inclined to hang up his harp on the willows of despair, Cde. Mugabe remained firmly harnessed to the principles of human dignity for all, regardless of their colour, race, economic or military prowess.

On behalf of the entire Civil Service which I head, I wish to pay special tribute to former President Mugabe for entrusting us as Civil Servants, with the weighty responsibility to serve our nation in various capacities. Under his wise leadership, the Zimbabwe Civil Service has, over the years, grown to be a vital cog for the formulation and implementation of national policies as well as defending and representing the country’s interests on the international front. Those of my colleagues and I who have been privileged to work closely with the former President on a continuous basis blossomed under his wise tutelage. To us, Cde Mugabe had become a mentor, a father figure, an advisor, and fountain of wisdom upon which we relied on in dealing with the challenges we faced, both internal and external, during the course of service for our great country and its people.

Former President Mugabe’s exemplary leadership, love for his. people and steadfast commitment to national duty easily permeated through all those he routinely interacted with, including his war time Special Assistant and now President of the Second Republic, His Excellency Cde E.D. Mnangagwa, who is providing continuity and incremental value to the development of the motherland and the livelihoods of its people.

Our special condolences go to Amai Grace Mugabe, the children and all relatives and friends of the Mugabe Family. May the good Lord grant them fortitude of mind and body as you come to terms with this fateful occurrence.

To our dear departed leader, Cde R.G. Mugabe we say:

May your soul rest in eternal peace,

Chief Secretary to the President and Cabinet 10th September, 2019