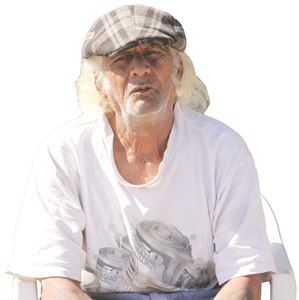 BORN in 1945 in Salisbury now Harare Zerf Thomas James Harris went to Moffat Primary School, Saint John’s and later to Sebakwe in Plumtree where he completed his primary education.
Zerf did his secondary education at Sebakwe High School.
Upon completion of his secondary education Zerf went for national service at Llewelin Barracks in Bulawayo.
National service was compulsory to whites, coloureds and Asians.
“At the national service, whites were trained separately from us,” said Zerf in an interview with The Patriot last week.
“They were trained in military tactics and received political orientation while we only received military training.”
After Ian Smith’s Unilateral Declaration of Independence (UDI) on November 11 1965, all national service graduates were forced to join the Rhodesian army.
“In the Rhodesian army non-whites were drivers and provided manual labour,” said Zerf.
“I refused to go for the call up.
“I was arrested and served two years in prison.”
Getting employment was difficult for non-whites recalls Zerf, while jobs for other races were opened in 1960 in the railways.
This discrimination forced Zerf to become hostile to the Rhodesian system which outclassed blacks, coloureds and Asians.
“You would see an advertisement for a job in the newspaper,” said Zerf.
“People would go for interviews, but you would be told the jobs are reserved for whites only.
“This was discriminatory and forced me to hate the Rhodesian’s colonial system.”
In 1965, Zerf had a fight with a white boy who insulted him on racial basis.
He was arrested for grievous bodily harm and sentenced to six months in prison.
Zerf said he first met President Mugabe and other nationalists in Salisbury Central Prison.
“I was hostile to whites and I remember the President calling me a rebel without cause,” he said.
After serving his sentence, Zerf was involved in many fights with fellow coloureds.
“We used to have fights with my fellow coloureds in Top Ten Night Club which was owned by Frank Beman, a former detainee at Gonakudzingwa,” Zerf said.
“Beman told us one day that we should stop fighting each other and fight white racists whose system was oppressive to us.
“I took his word and went to Zambia to join the liberation struggle in 1972.”
Zerf said he was introduced by Thomas Voyo to James Chikerema of the newly formed FROLIZI.
The military training was done for six months in the Zambezi Valley.
Upon completion of military training the guerillas were grouped in two groups of 12.
Zerf said they were taken to the boarder by James Chikerema.
The groups separated at the boarder, the other which was going to the front went to Wedza and Zerf’s group took its route to the capital.
Zerf’s group which had two coloureds was commanded by one Isheguru Matanga.
Other members in the group were Charles Nkomo, Chimhuru, Gonya and Murtagh Cecil.
The group was equipped with AK riffles, hand grenades and pistols.
They walked by the night until they arrived in Chinhoyi where Cde Chimhuru and Cde Nkomo went into the township and hired a van which drove them to Gadzema before walking to Hartley (Chegutu).
Again, Cde Nkomo and Cde Chimhuru went to Hartley and brought a car.
“We drove the car and dumped it in Mvuma,” said Zerf.
“By the time we got to Mvuma, news had spread that there were ‘coloured terrorists’ in the country.
“We separated with other comrades in Charter.
“We gave our AK riffles to our commander since we were coming to Salisbury.
“As coloureds, our main mission was to recruit people to join the war because during our time no one would suspect a coloured terrorist as they were called by Rhodesians.
“So I proceeded to Salisbury with Cecil Murtagh now by bus,” Zerf said.
Zerf said when they arrived in the capital they slept at a place close to Sunningdale.
He said there was tight security so they had to hide.
They travelled in the middle of the night to Cecil’s brother’s place in Ardbenie.
The brother was renting a backyard cottage at the house.
The owner of the house informed the police about Zerf and Cecil and they were arrested.
“They took us to Highfield Police Station and later to Central Police Station,” Zerf said.
“They charged us as criminals caught in possession of arms of war.
“They could not charge us for terrorism because they did not want the nation to know that ‘terrorists’ had penetrated into Salisbury that easy.
“We were sentenced to 25 years in prison in April 1973.”
The prisoner of war said he and his fellow Cde Cecil were isolated from other prisoners.
They stayed in the cells where condemned guerrillas were put.
“It was psychological torture seeing fellow comrades going to the gallows,” said Zerf.
“They would bid us farewell and encourage us to proceed with the struggle.
“We experienced this life for two years and I am still traumatised today.
“I saw more than 50 guerrillas going for execution.”
The FROLIZI soldier was
later transferred to Khami Prison in 1975 where he served up to 1980.
He was released from prison after independence.
Zerf said he had trouble in getting recognition of his contribution in the armed struggle because he was a coloured.
“However, what is sad is that many people do not know that coloureds also fought in the country’s liberation struggle.”