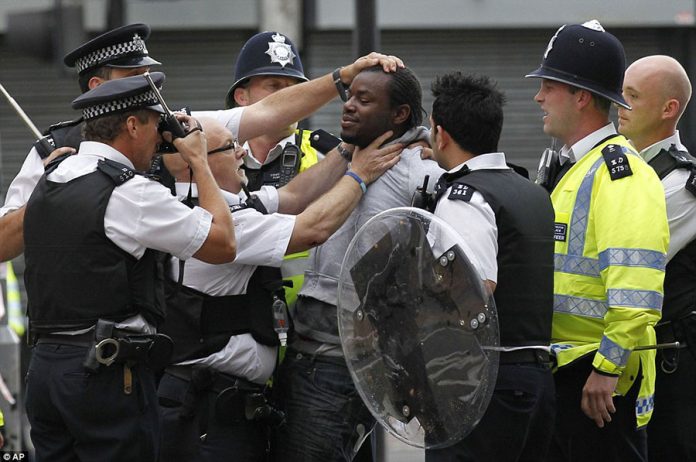 ZIMBABWEAN parents in the UK are making a very serious mistake which has severely affected their children.
Last week, I highlighted how Zimbabwean young adults are increasingly filling up the jails of England and Wales and how racism, generally, is behind the huge population of blacks in the penitentiaries.
But also, the parents of these children are to blame for this sad situation.
We have parents who have made the mistake of trying to be more English than the Britons and in the process have abandoned their ways, including those of raising children.
The African ways of raising children are in no way similar to European ways.
Naturally, adopting European ways is not a good idea for the simple reason that a child brought up European-style soon finds out that he or she is not fully embraced in European circles.
And this has resulted in children confronting parents with the question: ‘Who am I?’
The ‘resilient’ ones will seek to investigate their identity while others simply get angry and begin to act in ways that very often lead them to jail.
Sadly, I have noted that there are many Africans who are ashamed of their origins and appear to have made the decision to sever links with the motherland.
For them, Africa is a place of poverty and disease or they have deliberately chosen not to tell their children the story of Africa.
It is pathetic that foreigners, the whites, appear to be more concerned about our children, about what to do so that they stay out of jail.
“The question is how (to) break the cycle when young men experience custody. Three quarters simply re-offend. We have to intervene with families more effectively to stop kids going to prison… You need to deal with issues like mental health and substance abuse. It is not enough to throw our hands in the air (sic),” the Equality and Human Rights Commission has recently said.
But is this where we are supposed to be with regards to our children; having others, commissions to be more specific, worried about our children.
As long as we, consciously or unconsciously, deny our cultural legacy, our children will continue to be in trouble.
Young black people are nine times more likely to be locked up in England and Wales than young white people, according to a report from the Ministry of Justice.
As much as we may blame racist institutions and behaviour, parents also have to own up and take responsibility.
For instance, how can children develop into self-respecting adults when they do not even know the language of their parents.
As our language and culture are dying so is the essence of our children.
Language preservation, of all things, is the easiest to do; you are not even required to buy a book to teach your children their language — just speak it to them.
Parents who do not teach their children their native language obviously believe that those who speak English or any other European languages are the cream of the society so to speak.
But is that true?
Well it is false as evidenced by the figures of our children filling up prisons.
Our Zimbabwean children can grow up to be responsible adults.
I have travelled extensively, interacted with different cultures and I admire how human beings are able to transmit that which they hold dear to their progeny.
The commission I stated above also warns of the rising numbers of women in jails.
It says that the “…number of women prisoners has nearly doubled since 1995 in England and Wales, and since 2000 in Scotland – currently around five percent of prisoners are women.”
Thus, contrary to popular belief that it is the black males largely found in prison, the black girl-child will soon be flooding the prisons as well.
British Prime Minister Theresa May may have pledged to fight racial injustice, showing her awareness of the problem when she stated: “If you’re black, you’re treated more harshly by the criminal justice system than if you’re white,” but again, its not her sole responsibility.
That the interim David Lammy Report last year confirmed that people from black, Asian and minority ethnic backgrounds were more likely to be jailed for some crimes than those who were white does not help us.
The report that revealed ethnic disparities at many stages of the criminal process, including arrest, charging, prosecution and imprisonment should jolt us to action.
It is the seemingly simple things that we must teach our children.
If our children learn our ways, learn to respect elders, that it is not in our traditions for kids to argue with parents and throw tantrums, we will have begun the process of saving our children.
Let us use our history to help our children develop into strong and confident human beings.
Let us teach them about their ancestry, constantly reminding them of communities and clans back home, where we came from.
We have a rich legacy that our children can be proud to be associated with.
Should we not be seriously worried when the Ministry of Justice proclaims that while black people are four times more likely to be in prison than white people, the incarceration rate rises to nine times more likely for those under the age of 18.
It means that about nine in every
10 000 young black people in the general population were locked up in young offender institutions, secure training centres or secure children’s homes in England and Wales in 2015-16.
The fact that Zimbabweans are now overtaking the Caribbean and Nigerian populations in prisons must jolt us to immediate action.
For views and comments, email: vazet2000@yahoo.co.uk