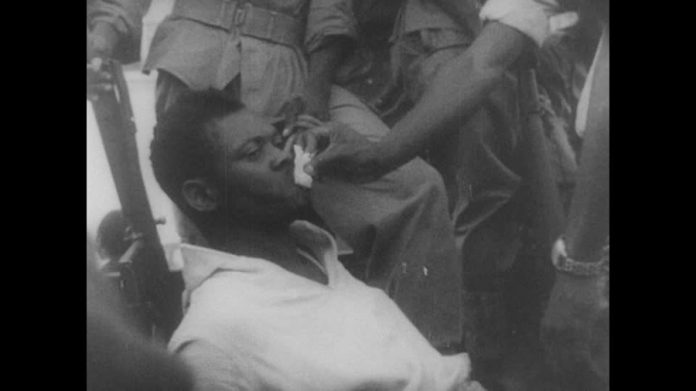 IN his last letter to his wife before being assassinated, former Congo Prime Minister Patrice Lumumba wrote: “History will one day have its say; it will not be the history taught in the United Nations, Washington, Paris or Brussels, however, but the history taught in the countries that have rid themselves of colonialism and its puppets.
Africa will write its own history and both north and south of the Sahara it will be a history full of glory and dignity.”
History serves as a constant reminder of a people’s journey.
It records their struggles, achievements and celebrations.
It spells out their heroes and heroines, foes and friends.
As such, looking back helps a people shape their future.
Africa has produced sons and daughters who have not only championed the empowerment of her children, but also come up with innovative policies to develop the continent.
These are the heroes and heroines of Africa who deserve special mention and recognition.
One such icon is Patrice Lumumba who became Congo’s Prime Minister until he was ruthlessly murdered on January 17 1961.
Nearly 57 years after his unfortunate demise, Lumumba’s pan-African ideas remain intact in the memory of Africa’s people and the progressive world.
He indeed embodied and defended causes that resonate today, not only among the people of Congo, but all Africans.
Born Patrice Emery Lumumba in the village of Onalua in the then Belgian Congo on July 2 1925, he had a keen interest to change the status of blacks in his country and Africa.
The book Patrice Lumumba: Voices of Liberation compiled by Leo Zeilig consists of the leader’s speeches and interviews.
The overarching message Lumumba had for the Congolese people and Africa was consistent; do not forget the past and work towards a better future.
In his Independence Day speech on June 30 1960, Lumumba said the scars of their struggle were not to deter them, but instead urged the Congolese people to build from them.
Said Lumumba: “We are proud of this struggle, of tears, of fire and of blood, to the depths of our being, for it was a noble and just struggle and indispensable to put an end to the humiliating slavery which was imposed upon us by force.
“The Republic of Congo has been proclaimed and our country is now in the hands of its own children.”
It was not an easy road to independence.
Blood was shed.
“Who will forget the massacres where so many of our brothers perished, the cells into which those who refused to submit to a regime of oppression and exploitation were thrown,” Lumumba said.
Scars of the liberation struggles give Africans the zeal and need to jealously guard their freedom.
“We are going to keep watch over the lands of our country so that they truly profit her children,” said Lumumba.
“We are going to restore ancient laws and make new ones which will be just and noble.”
In his address to Congolese National Movement supporters at Leopoldville upon his return from Ghana on December 28 1958, Lumumba said economic independence should follow political freedom.
Said Lumumba: “We, for our part, believe and base our opinions in this regard on the experiences of other African countries – which were in fact even farther behind than ours is, when they took over the reins of Government – we believe that the attainment of its independence will both stabilise the Congolese economy and constitute a solid guarantee for foreign investments.
“We want to say farewell to the old regime, that repressive regime that keeps nationals from enjoying political rights that have been recognised as legitimately belonging to every human being and every free citizen.”
Having attained political freedom, indeed it became possible for Africans to push for economic independence.
It is this ‘war’ to get full control over its economies that Africa is waging against whites.
The whiteman, having lost on the battlefront, is not keen to let go of Africa’s economy.
The reason – Africa is endowed with rich natural resources such as minerals and land which Europe desperately needs.
Addressing a press conference at Leopoldville on August 9 1960, Lumumba urged Africans to be guided by ideologies that promoted their growth.
He had realised whites were hoodwinking Africans into believing adopting the whiteman’s way of life was the answer to their problems.
“We have no intention of letting ourselves be guided by just any ideology,” said Lumumba.
“We have our own ideology, a strong ideology, a noble ideology, the affirmation of the African personality
“We reject assimilation because assimilation represents the depersonalisation of the African and Africa.”
In his last recorded message in January 1961, once again Lumumba spoke on the need for African unity.
“We are Africans and wish to remain so,” said Lumumba.
“We have our philosophy, our customs, our traditions, which are as noble as those of other nations.
“To abandon them merely to embrace those of other peoples would be to depersonalise ourselves.”
True to Lumumba’s words, as a united front, Africa can conquer the world.
Whites are against the idea and they know a united Africa is not easy to manipulate.
To them, the African should always go along with what the West says.
But that has not been the case.
Africans now know their worth.
Thanks to courageous men like Lumumba who, through their teachings and leadership, helped Africans to aspire to be masters of their continent.
Indeed, Lumumba remains an African icon. He still lives.