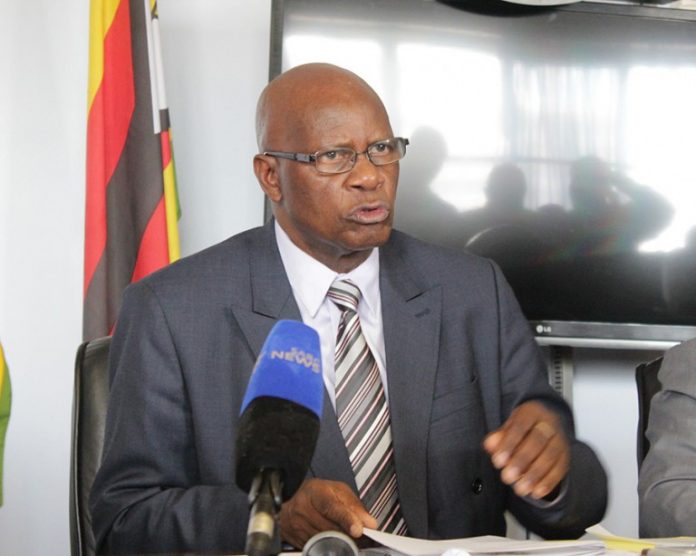 AFTER working for 45 years as a fitter and turner, Joel Jera (78) walked away empty handed, literally
His lifetime savings in pension contributions vanished into thin air when the then acting Minister of Finance Patrick Chinamasa pronounced the Zimbabwe dollar officially dead and opened up the monetary space to a host of foreign currencies.
It’s almost 10 years since the fateful afternoon of January 21 2009.
Although that decisive moment saved the country from complete economic, political and social ruin, it left the pensioners, and those who had promised to look after them in retirement — the pension funds – distraught.
Entire pension contributions were wiped out overnight as the country switched over to a multi-currency system after hyperinflation which soared to a record 500 billion percent in 2008, according to the IMF.
Jera and others who contributed to pension schemes had to start all over again.
Unfortunately for Jera, he had to relocate to the rural areas where he is a ‘small-scale’ farmer, producing mostly for subsistence.
The feeling among the pensioners is that they were robbed of their lifetime savings.
And their argument is that much of the contributions were channelled towards immoveable properties such as land and buildings which retained their underlying value when the Zimbabwe dollar became worthless.
Regardless, several firms claimed pension and insurance values had been completely eroded.
Annual reports from the then Registrar of Pension and Provident Funds – which has evolved into the Insurance and Pension Commission (IPEC) – show that the value of pension fund assets under the administration of insurance companies fell 30 percent from US$3 billion to US$800 million in the 17-year period from 1992.
Also, there were inconsistencies in conversion of policies, especially for contracts signed before 2006, as the Zimbabwe dollar was rebased in July 2006, August 2008 and January 2009.
Finally, six years later, in 2015, Government set up a commission of enquiry into the whole conversion mechanics.
In compiling the report, the eight-member commission combed through data from more than 20 insurance firms, 15 brokerages, self-administered pension funds, the Public Service Pension Fund, the National Social Security Authority (NSSA) Pension Fund and other benefits schemes.
There was, however, resistance.
One of the commission’s major tasks was to establish fully the total value of pensions, as at December 31 2006 and as at March 31 2009 as well as to establish an objective criteria for the delineation of old generation pension and new generation pensions in both instances.
The commission had its share of drama; first over the deadline extension period.
A request that was made by some of the commissioners to extend the inquiry to August last year, which was reportedly agreed to by then Finance Minister Chinamasa, was later on cut to December 31 2016.
And later on, one of the commissioners resigned and dissociated himself from additions that were made to the report, especially after March 3 2017.
The report was finally submitted to President Emmerson Mnangagwa early this year.
Addressing journalists at the first edition of the 2018 Journalists Mentorship Programme organised by IPEC and Zimselector, IPEC Commissioner Tendai Karonga said pensioners and insurance holders are set to be compensated and receive their benefits which they lost almost a decade ago.
This brings hope to Jera and thousands of other pensioners in a similar predicament.
He said pensioners will soon get closure and receive their benefits as findings and recommendations have since been handed over to Government.
“The report has been submitted to the new President for direction on implementation,” said Karonga.
He said Government is expected to act on the recommendations of the commission’s report to restore trust and confidence in the sector.
In 1990 Zimbabwe was ranked one of the most mature insurance markets in the developing economies with a penetration rate of 3, 8 percent, on a high of 5, 7 percent in 2007.
In 2015, penetration dropped to 1, 53 percent compared to regional peers such as South Africa where the rate is 15 percent and 20 percent in Kenya, largely driven by micro-insurance.
Speaking at the same occasion, IPEC pensions manager Nhau Chivingira said the industry has recorded a decline because of low confidence owing to hyperinflationary legacy issues
“Many people’s insurance and pensions were eroded resulting in confidence erosion. The new generation of Zimbabweans at home and abroad either do not trust insurance or do not know enough about it,” said Chivingira.
ZimSelector managing director Luke Ngwerume said there is scepticism towards insurance and savings as the discourse around financial services has tended to dwell too much on the impact of the period of hyperinflation.
“The public’s perception is that companies are crooks who want to rip off policyholders by not paying claims,” said Ngwerume.
“This has to be addressed because if it remains unchecked, it poses serious problems for the development of our economy.”