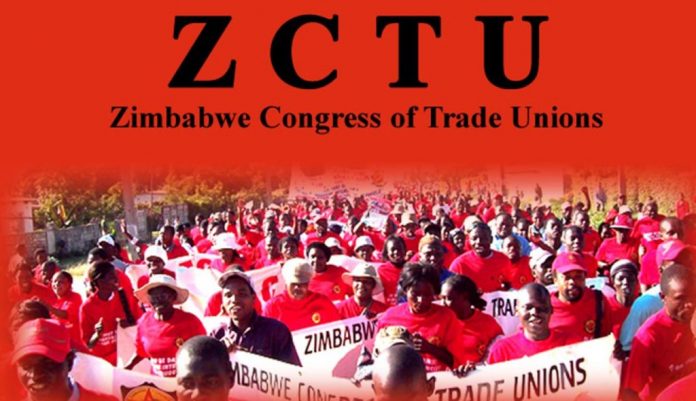 WHILE the decision by the Zimbabwe Teachers Association (ZIMTA) to pull its membership out of the pro-regime change outfit, ZCTU, was a case of too little too late, there are many things that can, however, be salvaged from that progressive decision.

The ZCTU has a dreadful record littered with many attention-seeking antics and sometimes open confrontation with Government over the years.

Besides giving birth to the troubled MDC, ZCTU has, time-and-again, led and participated in efforts to remove ZANU PF from power through illegal means.

This is why this writer and other progressive citizens will celebrate ZIMTA’s noble move to dissociate itself from the ZCTU’s dirty politics.

This is a decision cognisant of the good direction President Emmerson Mnangagwa is taking Zimbabwe towards.

We are now in a Zimbabwe in which development, democracy and peace are the pillars anchoring the country’s path to future.

We have now entered into a Zimbabwe where tolerance and peace are the prime drivers of a better and well developed society.

Despite the numerous challenges confronting us, we are slowly getting there and remnants of the regime change agenda, such as the ZCTU, have to embrace that Zimbabwe.

On May 3, this publication traced the agenda of the ZCTU through the following:

“From February 26 to 28 1999, the ZCTU held what it called a ‘National Working People’s Convention’ to form a political party and on September 11 1999, the MDC was formed.

However, this is a party created to look after the interests of big business, the rich white commercial farmers and inward investors, not the working class.

Never at any point did the ZCTU confront white capital and commercial farmers who were exploiting black workers on the farms.

They, in fact, worked with the whites to confront the Government.

Their target was, and still is, Government.

This is buttressed by former MDC-T leader, the late Morgan Tsvangirai in an interview with the South African Mail and Guardian on December 17 1997.

Said Tsvangirai: ‘We were surprised by the level of support. Things are falling apart.

There’s no health system to talk of.

What, then, was ZCTU’s economic strategy?

Why was Tsvangirai denying that the International Monetary Fund (IMF) had caused the social crisis in the country then?

Below is what Tsvangirai said:

‘That’s the Economic Structural Adjustment Programme (ESAP) not the problem.

The problem is Mugabe doesn’t have an economic strategy. He had this huge bureaucracy, which was used for patronage. But the economy was not growing and he was spending more and more money.

We are not living within our means.

At the stage we had reached, some form of structural adjustment was needed.

The general vote is thumbs down for structural adjustment. But it’s a failure of administration, not policy.

It’s a failure of the Government not the strategy.

We had to relax and open up and allow business to operate without these constraints’.

Pressure on Government was coming from all angles.

The Employers’ Confederation of Zimbabwe (EMCOZ) then formed an alliance with ZCTU to ‘bring workers under control’.

Said Kunjeku: ‘What is causing us to get together with the ZCTU is the militancy of the workers’.”

The above quotation is crucial in so far as it unravels the reasons behind ZIMTA’s decision to leave ZCTU.

In the first instance is the ZCTU’s insistence on remaining a political arm of the MDC and not a workers representative entity that it should be.

This failure to abide by its mandate has resulted in the fragmentation of its relationship with other workers whose primary concern is working with a worker representative organisation that has their interests at heart.

Workers’ welfare must never be toyed around with like what ZCTU has been doing.

Which brings us to the second issue.

Time and again we have seen the ZCTU attacking Government when they do not want to engage the same.

That results in a situation where workers are neglected because of continued pursuit of politics.

It should also be borne in mind ZCTU’s Japhet Moyo threw his weight behind the Nelson Chamisa’s MDC Alliance during the July 31 2018 harmonised elections.

Moyo was also instrumental in the calling of the violent and devastating January 14-16 2019 demonstrations which resulted in serious destruction of property.

Let us hear what the ZIMTA secretary general Tapson Sibanda said with regards to their decision to part ways with ZCTU:

“The National Joint Negotiating Council (NJNC) is the only route that civil servants can channel their grievances and be heard and that is through the Apex Council.

“I can neither confirm nor deny that some members of the Apex Council might be partisan, but it is a case of personalities rather than the institution itself

“The ZCTU could only be used for lobbying with other international bodies like the ILO, but the process would require unions to come back and sign bargaining agreements with the Government at NJNC.

“So the Apex Council cannot be wished away if any teachers’ union would like to meaningfully represent its members.”

When all is said and done, the compelling reality is that ZCTU is fast losing relevance and, with it, a critical chunk of its membership.

That is good news for workers.