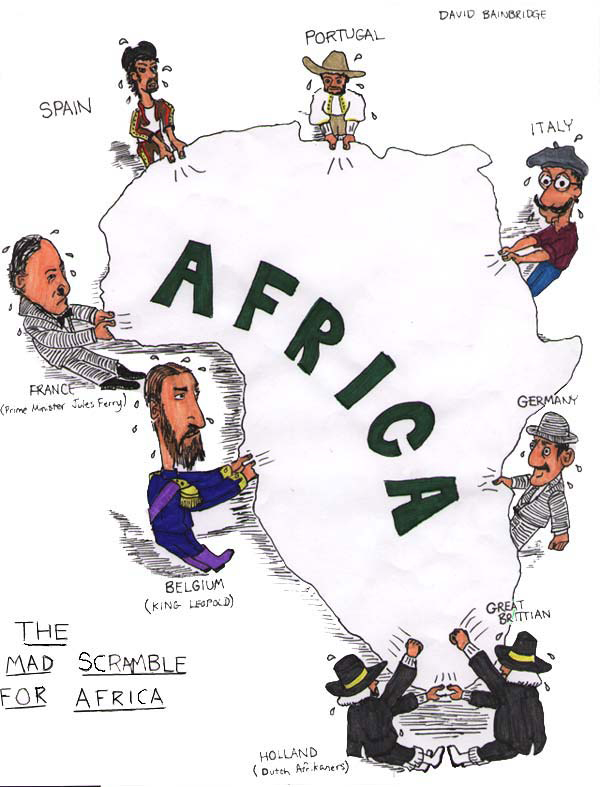 WHAT was the relationship between missionaries, traders and administrators in the colonial era?

Colonialism has been described as ‘a phase in the evolution of Africa characterised by intensive geographical explorations, the slave trade, the scramble for Africa, the territorial ambitions and pretensions of the Western nations, the imposition of alien rule and institutions, the planting of Western forms of Christianity, acculturation, racialism and exploitation’.

It cannot be denied that colonialism aided missionary work in Africa.

Colonial administrators occasionally rendered much help and even security to missionaries.

The colonial image of the missionary enterprise actually affected the reception of the gospel message by the African.

Even though missionaries came with the good intention to evangelise Africa; the timing was bad.

Missionaries came into Africa along with colonial administrators and traders with the plan to introduce Christianity, commerce and civilisation.

African scholars have replaced the word ‘civilisation’ with ‘colonisation’.

Lamin Sanneh writes: At its most self-conscious stage mission coincided with western colonialism, and with that juncture students ofthe subject have gone on to make all kinds of judgmentsabout the intrinsic bond between the two forces.

Historians who are instinctively critical of received tradition in other spheres are more credulous in perpetuating the notion of mission as ‘imperialism at prayer’.

In the 19th Century this idea persisted

under the slogan of ‘Christianity and 6percent’, by which it was understood that mundane interests prospered under a religious guise.

Thus mission came to acquire the unsavory odor of collusion with the colonial power (Sanneh, 1990: 88).

Some scholars are of the opinion that the functional relationship and unity, which existed between missionaries, traders and administrators in colonial Africa, was not accidental.

Michael Crowder insisted: “Early missionaries in West Africa had a dual purpose to promote legitimate trade between African and Europeans and to convert Africans to their own religion.”(Crowder, 1962: 111)

Emmanuel Ayandele did not have any difficulty in describing Christian missionaries as a ‘spiritual wing of secular imperialism’.

Ayandele also affirmed that the timing for the entry of missionaries into Africa was wrong:

“His coming into interior about the same time as the trader and administrator was unfortunate for the missionary.

Africans were often inclined to doubt the genuineness of his propaganda.

They could not see their way to making any distinction between him and other white men (Ayandele 135).

Since missionaries, traders and administrators knew they were British residents in Africa with a common interest to protect, they cooperated and united as vital element in the attainment of their set goals.

Missionaries in critical times of need depended on traders for funds, and relied completely on administrators for physical security and protection.

Rodney accused missionaries of preaching humility and submission in the face of gross injustice, inhumanity and dehumanisation.

Missionaries worked towards the preservation of the status quo and upholding of the master servant relationship between Africans and Europeans.

Rodney writes: “The church’s role was primarily to preserve the social relations of colonialism… the Christian church stressed humility, docility and acceptance”.

Ever since the days of slavery in the West Indies, the church had been brought in on condition that it should not excite the African slaves with doctrine of equality before God the argument seems to favour the view that some missionaries cooperated essentially with colonial authorities in the exploitation and cultural subjugation of Africa.

If it is correct that missionary sermons suppressed genuine rebellion that could have ushered in freedom for the oppressed, then the linkage of the missionaries with all the visible evils of colonialism may be justifiable.

Rodney has this to say: “In colonial Africa churches could be relied upon to preach turning the other cheek in the face of exploitation, and they drove home the message that everything would be right in the next world.”

But, is it correct and even logical to interpret missionary cooperation with British traders and administrators as intentional and premeditated?

N. S. Iwe, perhaps because of his religious and intellectual pedigree, as a core Catholic and a direct recipient of missionary benevolence does not agree totally with the view that missionaries collaborated with colonial administrators and traders to the detriment of Africa: “Some Africans, today, hold that the missionaries were as much a part of the colonisation force as the explorers, traders and soldiers… it may be conceded that such missionary cooperation in cultural colonisation was purely incidental, unofficial and unintentional.” (Rodney,1972: 230).

It is Iwe’s considered opinion that colonisation was a forceful imposition that did not require substantial cooperation between imperial powers, adventurers and the missionaries.

Godwin Tasie and Richard Gray are of the opinion that the alliance between missionaries and colonial agents though intimate, was never complete to the extent of equating missionary enterprise as a dimension of European colonialism: “The message and impact

of the missions could in varying degree be distinguished from the apparatus of alien rule.”

Jacob Ade Ajayi posited that missionaries did not always question the colonial theory that Christianity, commerce and civilisation would work together for the overall benefit of the African.

On the relationship between missionaries and traders, Ajayi wrote: The truth of course was that traders and missionaries were interdependent.

The Christian mission made a considerable impact on the trading situation.

In turn, the expansion of European trade and political influence greatly facilitated the work of missionaries. Traders and missionaries often quarreled.

Many missionaries despised most traders and the compliments were fully reciprocated.

Nevertheless, they had to cooperate most of the time (Christian Mission 57).

Ogbu Kalu in his contribution to the debate admitted: “Evidence abounds of collaboration between missions and colonial and mercantile power.” (Kalu, 1980: 7). Kalu however criticised Ayandele for stating the case in its most extreme form in his Missionary Impact on modern Nigeria, which according to Kalu belongs to a class of nationalist.

The relationship between missionaries, traders and the colonial governments in colonial Africa was complex.

The missionaries depended on the merchants for transportation, supplies and protection but they were constantly embarrassed by the morals of the merchants and their brutal exploitation of African societies.

The colonial governments needed missionaries as ‘civilising agents’ and offered them grants-in-aid and protection.

But the two allies differed over attitudes towards ‘pagan’ cultures, the goals of education and the future of the colonies.

Dr Michelina Rudo Andreucci is a Zimbabwean-Italian researcher, industrial design consultant and is a published author in her field.