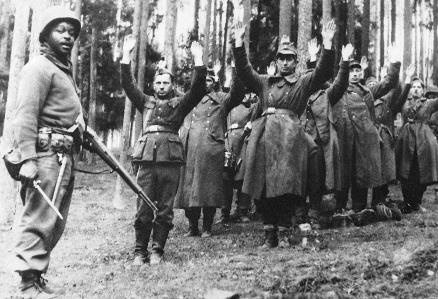 THE National Transitional Justice Working Group (NTJWG) that has taken it upon itself to ‘interface between transitional justice stakeholders and the official transitional justice processes in Zimbabwe,’ should find in the Universal Declaration of Human Rights of December 10 1948 a perfect indictment of Rhodesia as a human rights catastrophe.
Since 1890 when British settlers were chartered by their Queen Victoria to occupy Zimbabwe and exploit whatever they could therein, a most heinous crime against the humanity of indigenous Zimbabweans had been unfolding.
What had started as rapacious land grabs and acts of indiscriminate genocide until finally legislated into ‘inalienable’ white settler human rights in the Land Apportionment Act of 1931 was on December 10 1948 finally defined as an outrageous crime against humanity by the United Nations Human Rights Charter. In retrospect, it seems a sick joke that a British woman who had known childbirth and therefore raised human beings could just wake up one morning and without empathy at all, sanction the servitude of African women’s children to create wealth for her own.
The NTJWG must appreciate Queen Victoria’s criminal mindset from the indigenous worldview: Kuzvara kumwechete and conclude kuti Victoria akanga asina moyo wekubereka.
The post Second World War historical context of the December 10 1948 Universal Declaration of Human Rights presents the Rhodesian crime against humanity from yet another angle which the NTJWG should find critical in their pursuit for justice and reparations.
It is important for the group to recognise that the United Nations Human Rights Charter was not in reaction to the genocidal abuse of black people that had been going on for almost five centuries.
It was instead a shock reaction specific to Germany’s anti-Semitic NAZI philosophy that had spawned the Jewish Holocaust roughly spanning 1933 to 1945. In this regard, the NTJWG is forewarned of the risk of losing moral credibility if they ignore the irrefutable fact that even though the slavery of black people in Europe and America actually constituted a long drawn-out and more heinous precedent, European historians and human rights activists have documented the Jewish holocaust as the most outrageous feature not only of the Second World War but in all human rights history.
Jewish victims of NAZI Germany have accordingly been compensated where black victims of slavery and colonialism have ironically been extorted to compensate their white oppressors for loss of human capital.
Because Germany’s anti-Semitic NAZI philosophy was considered a threat to global human civilisation, fighters were accordingly mobilised from a global British empire to save the world.
Those mobilised included black Zimbabweans who laid down their lives believing that the human civilisation they were dying to save was all-inclusive.
They sincerely believed the human rights they were fighting for would not be qualified by the colour of skin.
The black fighters hoped that a war that had put them in the same trenches with their colonial oppression to collectively save human civilisation would inevitably create remorse in the tyrants.
But they were wrong.
The NTJWG should therefore not have problems recognising that it is the noble hopes of black heroes who fell fighting for universal human rights that further convicts Rhodesians for worse crimes against black humanity.
The NTJWG must empathise the black soldiers’ plight of sharing the same trenches as their white comrades-in-arms and yet not be allowed to share the same food, same protective clothing or the same ablution facilities.
The NTJWG must empathise the outrage of witnessing British soldiers treating NAZI prisoners of war better than their black brothers-in-arms enlisted from African colonies.
What the foregoing means is that if the NTJWG is genuine, then the group must begin by acknowledging that the Second World War discriminatory treatment of black fighters for universal human rights makes the outrage professed by the British, Europeans and Americans over the Jewish holocaust morally unsustainable and therefore hypocritical.
Apparently, what the NAZI catastrophe had also fore-grounded was the fundamental right of every people to a homeland and, it is accordingly pertinent to remind the NTJWG that immediately after the Second World War, it was the British, Americans and Europeans who championed the carving of Israel out of Palestine.
And yet, while the British were giving Jews a homeland, they were simultaneously displacing black Zimbabweans (denying them the right to a homeland) and giving the availed land to demobilised British soldiers as pensions for saving human civilisation from the NAZI menace.
What this translated to was that after being short-changed in the trenches, the black fighters for universal human rights had their land and homes usurped and given to their white comrades-in-arms.
And the travesty did not end there.
The black fighters for universal human rights were given bicycles to cycle to over-crowded Native Reserves that in a very cruel sense replicated the concentration camps from which they had just freed the Jews in Germany.
In regard of all the foregoing, it should be appropriate to encourage the NTJWG that has taken it upon itself to ‘interface between transitional justice stakeholders and the official transitional justice processes in Zimbabwe,’ to include the Jewish holocaust among its critical points of reference if they are to build a strong reparations case for the victims of British enslavement and colonial barbarism.
l To be continued