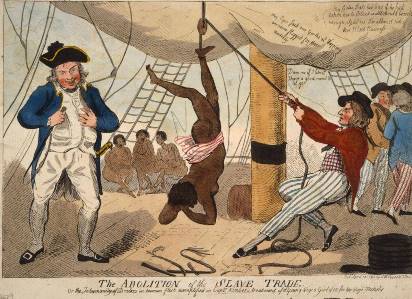 “SLAVERY is terrible for men; but it is far more terrible for women,” Harriet Jacobs in Systemic Racism
During slavery, the black African woman was regarded as an object of economic value.
At the same time, she was also treated as an object of sexual abuse by white slave owners.
There was a belief that a black woman was sexually promiscuous and she could be raped and abused at the slave master’s will.
Although information on the everyday life of a slave woman is scarce, there are a number of narratives and fictional writings that give us an insight into the past lives of women during slavery.
Harriet Jacobs wrote the Systemic Racism.
Jacobs was the first black woman to write a slave narrative in 1861.
Initially, the book was ascribed to Lydia Maria Child a white abolitionist.
It was only 30 years ago when research showed that the book was written by a woman slave.
This book provides insight and depth into the sexual exploitation of black women during slavery.
Harriet Jacobs noted the brutalisation of black girls and women by white slave-masters, who justified their cruelty by viewing black women as sexual savages.
The women were continuously stripped, beaten, raped and forced to ‘breed’ more children to keep the slave system going.
As a result, black women suffered a double burden of slavery because of this sexual vulnerability.
In the fictionalised novel based on a character called Linda Brent, the main character explains that her slave master was a physician named Dr Flint who subjected her to sexual and physical abuse.
Jacobs also goes into detail about the violence of North Carolina slave owners.
She quotes a woman slave who said, “Pity me, and pardon me, O virtuous reader!
“You never knew what it is like to be a slave; to be entirely unprotected by law or custom; to have the laws reduce you to the condition of a chattel, entirely subject to the will of another.
“You never exhausted your ingenuity in avoiding the snares, and eluding the power of a hated tyrant; you never shuddered at the sound of his footsteps, and trembled within hearing of his voice.”
Colonial laws regulating rape were not applied to black people or Indians.
This meant that Indians and blacks could not defend themselves against forms of abuse by white males.
If a black woman accused her master of rape, she was subjected to more beatings by the master or the madam.
There are many other stories of known political figures who took advantage of black women and fathered children.
The late senator and segregationist Strom Thurmond, at the age of 22, had a child with a 16-year-old black girl who worked for his parents.
Thomas Jefferson also had a child with his slave, Sally Hemings.
A recent genealogy study revealed that Michelle Obama was the great, great, great, granddaughter of a slave from Georgia called Melvinia.
At the age of age 15, Melvinia had a child with a white father who was most likely to have been the slave owner’s son.
In Quentin Tarantino’s film ‘Django Unchained,’ the producer focused mainly on the downtrodden lives of enslaved women named Eliza, Patsey, and Harriet.
All three women are sexually subjected to rape by whitemen.
In the film, Eliza played by Adepero Oduye was kept as the enslaved mistress of her slave owner master for nine years.
At one stage, she confessed: “I have done dishonorable things to survive.
“God forgive me.”
Eliza submitted to this treatment in order to secure a better life for her and the children.
When the slave owner died, Eliza and her two children were sold to slave traders by the slave owner’s daughter.
A review of the film notes that Eliza’s young child Emily was sold as a ‘fancy girl’ because mulatto or light-skinned girls were sold purely for sexual labour and popular in the New Orleans slave market.
The slave trader remarks that there are, “heaps and piles of money to be made from her, she’s a beauty.
“Emily is both the product of white male sexual assault, and its future victim.”
Harriet played by Alfre Woodard is also kept as a mistress, of Master Shaw, a nearby slave plantation owner.
At one stage Harriet confides that she accepts the master’s ‘pantomime’ of affection because it keeps her safe.
In another recent film called 12 Years A Slave’, we find a slave girl called Patsey played by Lupita Nyong’o who is the key actress in the film being sexually abused by the master and physically beaten by the mistress.
But the question to ask is: why did the white women also abuse black women?
Some of the answers are found in recent history books.
The historian, Gloria Browne-Marshall wrote a book titled, Failing Our Black Children: Statutory Rape Laws, Moral Reform and the Hypocrisy of Denial.
In book she noted that the white women were: “Powerless against a lustful husband and blind to the harsh realities of chattel slavery, the enraged wife often vented her jealous rage upon the one person whom she could control, the black woman.”
The everyday life experience of enslaved women was a painful survival of extreme labour, family destruction, sexual abuse and violence.
Although little has been written about these abuses of black women during slavery, the fact remains that the plantation slave masters raped women.
These slave narratives of everyday life, form a most significant part of reclaiming the truth about the lives of black women during slavery.