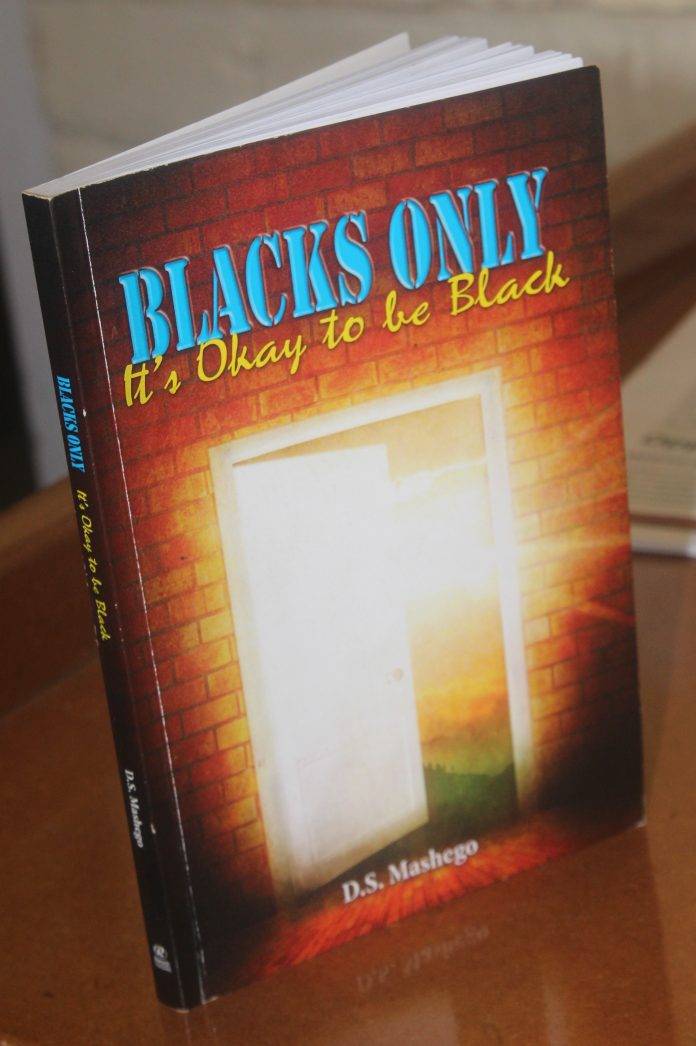 MARCUS GARVEY said: “The black skin is not a badge of shame but rather a glorious symbol of greatness.”
Being black has been associated with ‘failure’, ‘inferiority’ and ‘mediocrity’ resulting in some blacks being ashamed of their skin colour.
But with time, the myth has been blown and more people are starting to realise there is nothing wrong with being black.
In his book Blacks Only: It’s Okay to be Black, D.S. Mashego puts ‘a microscope on the blackman and zooms into the blackman’s life to identify the blackman’s strengths and weaknesses.’
The book centres on South Africa’s apartheid system.
Former South African President Pieter Willem Botha once said: “The fact that, blacks look like human beings and act like human beings does not necessarily make them sensible human beings.
“If God wanted us to be equal to the blacks, he would have created us all of a uniform colour and intellect, but he created us differently: Whites, Blacks, Yellow, Rulers and the ruled.”
Botha’s sentiments reflected the general thinking of the whites.
To them, blacks deserved the unfair treatment.
Whites have always dehumanised blacks and made it look like they are carrying out God’s orders.
However, Mashego dismisses this notion, showing how apartheid was pure evil.
“Apartheid does not come from God and there is nothing godly about this ideology,” writes Mashego.
“It has ‘evil’ written all over its face.
“How can this system be godly if it questions God’s creation, black folk?
“How can God be part of such an idea that seeks to dehumanise other human beings, black folk? It cannot be!”
Blacks living in apartheid South Africa were reduced to second class citizens.
Whites denied Africans the right to decent health and educational services.
Living conditions for blacks were deplorable.
Mashego highlights how black South Africans’ heritage was forcibly taken away from them.
“Here is a blackman who is disposed of his land,” Mashego writes.
“His dignity has been taken away.
“He is treated with suspicion by the people who took his land.
“Poverty has become an everyday norm.
“Poor infrastructure or lack of it is all that the black has come to know in life.”
Slavery and colonisation were tools used by whites to strip blacks of their identity.
Losing their identity made some blacks lose the willpower and zeal to fight for what rightfully belonged to them.
Fortunately, this was not the case with all blacks; some took up arms to fight colonial injustices.
“Apartheid made a black person believe that he is inferior, that he will never amount to anything, that he was born to fail and he cannot think for himself,” writes Mashego.
“And all these affected how a blackman sees himself (self-image) and how he carries himself among his fellow white folk (inter-personal relations) even today.
“We are still feeling the after-effects of apartheid and we know that apartheid is one of the contributing factors to the struggles of black folk.”
Mashego says Africans should use their past experiences to forge ahead.
He believes Africans have what it takes to ensure Africa is developed and improve their lives.
“I personally believe that a blackman owes no-one an explanation as to why he does things the way he does and carries himself the way that he does,” writes Mashego.
“A blackman does not even have to prove himself to anybody, he does not even have to be apologetic about who he is.”
Mashego notes how the whiteman has deliberately made blacks look like an inferior race.
“When one looks at the suffering and the struggles of a blackman throughout the world, one would erroneously conclude that we are a cursed race,” he writes.
“Other races continue to look down on us because they believe that we are cursed.
“The blackman, all over the world, is perceived to be stupid, lazy, and a mistake that creation has brought into this world.
“This is not true.
“This is a perception that the West has sold and propagated to the world.”
Restoring Africa’s identity is key in developing Africa, Mashego writes.
The author says that through working together and embracing their culture and heritage, black South Africans will make a mark in developing the country.
“Language is a social instrument that brings about social cohesion in a community,” writes Mashego.
“A language has the ability to unite members of a community.
“Furthermore, languages give unique identities and reinforce the right of communities to exist.
“Every time my language is diluted, by any form of intervention, my identity is diluted too.
“The perpetrators of apartheid understood this secret.
“To defuse a blackman’s power and unity they used our language to divide us.”
Africans should take pride in things that bind them together.