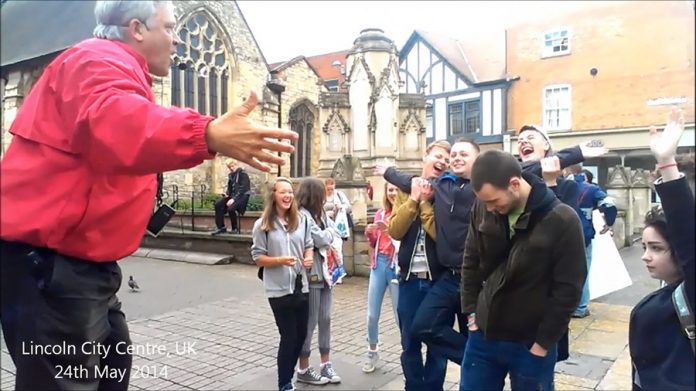 THE role of religion has been eroded in British life, and those who have settled in Britain from African states have introduced a form of Christianity which is completely different from the way Christianity is practiced in their countries.
Upon entering the UK, the first thing you feel is the ‘absence’ of God; it feels like He has departed from the land.
Looking at the history of the English, people coming to the UK take it for granted that God’s laws trump those made by man — indeed they would have assumed that because, in the past, ‘religious doctrine’ provided the country’s basis for ‘the rule of law’.
The UK used to be the West’s centre of Christian life.
Every town one travels through in England has roads named Bishop Road, Deacon Road, Pastor Road and St Mary’s or some other ‘holy’ name. Christianity was embedded in the unwritten Constitution of the British.
There was no law which started without the mention of the Almighty God.
For example, in the preamble to the Magna Carta, King John states that he is accepting limits to his power “…having regard to God and for the salvation of our soul, and those of all our ancestors and heirs, and unto the honour of God and the advancement of his holy Church…” and he acknowledges that he is acting on the advice of “…our venerable fathers…”, the bishops.
So this cornerstone of law and liberty was explicitly laid down.
In response to the acknowledgement of God and His laws, Britain, a small island, was blessed with ‘mighty power’ and influenced the whole world.
Their influential churches were named the Church of England, Church of Scotland and Church of Northern Ireland.
God was the foundation of England and most missionaries came from the UK to spread the word.
The idea of an inherent conflict between law and religion is a very modern one. Now the UK is a place where religious faith, in particular as expressed through the established Church, is in precipitous decline.
The advent of gays and lesbians and the so-called human rights has eroded Christianity in the country.
It has become a crime to openly preach on the streets of the UK.
We grew up in Zimbabwe seeing people preaching at bus stops, on the streets or anywhere.
If you dare preach in a public place which is not a church, you will be prosecuted.
A Bristol pastor was charged for preaching about Jesus on the street. He was accused of spreading falsehoods.
Tapuwanashe Siziba of Leeds was hauled before the courts for child abuse.
The abuse stemmed from the fact that he ‘forced’ his son to pray everyday before sleeping.
This was regarded as abuse; children are encouraged to have a ‘free will’.
The bibles which used to be present in hotels and public places have been removed.
Hotel owners are being charged and sued for imposing Christianity on guests by putting bibles in their hotel rooms.
In the West, Lord Sacks argues: “The old marriage of religion and culture has ended in divorce.”
Of course the West has ‘powerful values’ to offer, but they are now largely ‘post-religious’, ‘tolerance’ and ‘democracy’ involving respecting the opinions and feelings of others have become the new religion.
Most of churches in the UK are filled with African Christians.
Most of them do not worship for redemption but they miss home so much and the only place they can sing in their language is in a church of their country’s origin.
And the pastors are making money out of the churches.
Pastor Sinchuke Bonnie, who retired from the Seventh Day Adventist, commented on his visit to UK: “If God destroyed Sodom and Gomorrah, I don’t know why he is not destroying this country.
“I have seen evil but here in the UK, I have seen the devil in church.”
Churches are filled with people who are showing off their rented cars and those competing to feed the pastor while their parents are starving at home.
The respect given to non-Christians in the UK is appalling, a Christian is silenced while a gay activist is protected.
Mrs Dube of Luton was fired from her nursing position for preaching to a patient.
Churches-turned-beer halls have become a common sight.
The once holy alters have been turned into beer counters.
Children here have started to worship football and celebrities.
You see people with tattoos written ‘Beckham is my God’.
People literally faint on seeing their celebrities, with some weeping on hearing their names.
Children are being taught things that many of us Africans consider unacceptable; they are being panel-beaten to fit in the ‘modern’ way of life.
This is very disheartening, especially for Africans; what will our children become?
And we have no control over the matter.
For views and comments, email: VAZET2000@yahoo.co.uk