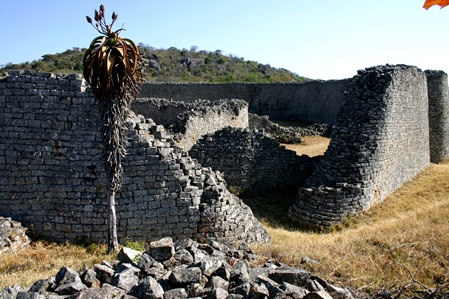 EACH child brings into the world a special package, sometimes we open it during schooling, sometimes not, the learners may later open it on their own outside school and wonder why it is not considered special in school, many times they don’t and we lose it completely and that is tragic.
The tragedy arises from selective validation of knowledge by those with vested interests in maintaining certain power structures, hierarchies for instance, which say that science and technology are superior to the humanities and the social sciences.
A judgment is made that the scientist is more valuable and so he sits at a higher level.
The musician, the artist is judged as much lower.
These hierarchies are not based on any investigation of the mind and how it works, they are based purely on economic and socio-political considerations of those whose power or dominance is protected by the hierarchies.
When the so-called non-scientific, non-technical packages are not opened or are opened and denigrated, a grave injustice is committed and the loss is not only for the individuals concerned, but for society as well.
When the teacher is there primarily to validate existing hierarchies of knowledge, the children with packages considered not so special read this and they disensconse.
It is common to hear statements such as:
“History nebhaibheri ndezvengano, munoendepi nadzo, kusangotsvunha hudofo hunoshamisa.”
But where is the scientist without the history of his people, his family, without the history of the science he is learning?
Where is the scientist without his spirituality; where does he draw his values?
Last week we discussed that we Zimbabweans did not become beasts despite 90 years of British terrorism.
We said that it is because of our humanity as a people; we are a people whose sense of self-worth can never be attracted to cannibalism.
In relegating subjects which define the soul of the nation, something disastrous happens.
Those who know the indispensable value of these subjects take over and they surreptitiously and expertly manipulate this domain so that everything is in their favour and as a nation we are marooned.
If others define your soul then you are in big trouble.
The missionaries tried this on us and they only failed because as a people we were quite well defined, our value system was sound and was up to any challenge, theirs and that of the armed robbers they camouflaged included.
Our people examined Christianity, and identified those values that were consonant with their own values, those of the justice and truth that all people are equal.
Their values enabled them to separate Christianity from its harbinger, the British armed robbers who were using it to ratify their armed robbery of our land and wealth.
A child who learns the history of its forefathers, that they are brave warriors who fought foreign white robbers who were much better armed regardless, in order to protect their independence and sovereignty, will make a much better engineer, a much better doctor because they will be imbued with the values that protect their nation, their people.
This artificial dichotomy of knowledge creates problems for us for which we do not have readymade answers because it is not of our own making, it is made by those whose interests are opposite to ours, which are inimical to ours.
So let us ‘Beware the Ides of March’.
Let the linguists prosper and bloom and bring forth the poetry of our people hitherto hidden in the bosom of our lives.
Let the social scientists unravel the unique secrets of our society, our people, above all let each discipline be imbued with the spirit of our people, the great ancient architects of the Great Zimbabwe.
Let their pride be brought forth and prosper; let them revel in the glory of the great nation builders, the Mwenemutapas’; the dauntless, great fierce warriors, the Ndebele of Lobengula; the legendary freedom fighters who defeated modern day settler terrorism and its NATO backers; let this be the foundation of all learning for our children for this is the foundation of our Zimbabwe.
Let the grand, gracious spirit of their forefathers imbue our doctors with the pride of their origins and fire them with the zeal to protect and nurture their people.
Let our engineers be inspired by the ingenuity of the teenage freedom fighters who brought down Ian Smith’s fuel reserves in Southerton, setting them ablaze in an unforgettable inferno.
Let our architects extol the virtues of the Great Zimbabwe, let them celebrate its grandeur in their work, in their creations let them come up with unique Great Zimbabwe prototypes.
Let them come up with a distinct Zimbabwe architecture that tells of the greatness of our people, of the ambience these great ancient builders who riled the British armed robbers so they could never accept it was the work of African hands and minds, but how can the doctor, the engineer, the architect sing his song in a strange land, when their history lessons are denigrated, when the story of their people is never told.
Let all emulate the freedom fighters who mapped the length and breadth of Zimbabwe with their feet as they sought to liberate each square inch of this precious land and in this realise that they are the new liberation army of Zimbabwe, there to see to it that each nook and corner of Zimbabwe receives medical care, has clean water and adequate sanitation, lighting and quality housing, but most fundamentally sufficient nutritious food.
Let us not tolerate this dichotomy of knowledge, but honour all knowledge in its diversity and let us not succumb to knowledge hierarchies created by others, which are not meant to help but to destroy us; let each flower bloom and Zimbabwe will blossom with the bliss of its own pristine incandescence.
Dr Mahamba is a war veteran and holds a PhD from Havard University. She is currently doing consultancy work.