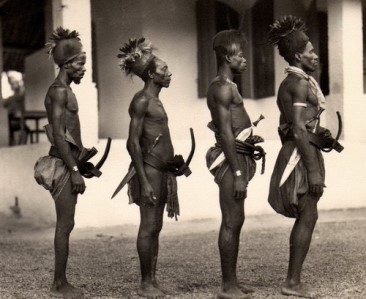 EACH time a saimba (family man) dies there is an inescapable ritual that close relatives of the deceased carry out.
The ritual takes place at the end of kugova/kuparadza nhumbi ceremony.
It is called kurongedza tsvimbo (storing the staffs).
Muzukuru, (maternal nephew), is tasked with tying together the deceased’s saimba symbols.
Today tsvimbo is represented by any of the following, individually or in combination; tsvimbo (staff), bakatwa (sheathed knife), gano (small axe), bow and arrow.
Occasionally people struggle to find tsvimbo to store away and end up getting kitchen utensils.
I recently witnessed this confusion during Bhowas’ funeral in the village.
A bread knife and hoe handle were used.
Varoora had a field day, asking if there were no condoms or empty scuds instead.
For a long time my Swiss knife was all I had as saimba regalia.
Today I have added gano, bakatwa and tsvimbo to the collection.
Bhowas’ tsvimbo will be kept in storage until the nhaka/kurova guva ceremony. This is a ceremony where the spirit of the dead is given a new lease of life through the heir to whom the family man/saimba symbols and the deceased’s zita, name are passed on.
The whole tsvimbo ritual attests to the concept of continuity of life and family. According to the Shona munhu haangorovi, death cannot end life.
It is about generational responsibilities, nhaka.
This usually consisted of the name, tsvimbo, wives, children and material wealth.
Gano, also known as humbwa or tsomho, is a cultural and utility axe.
It is smaller and lighter than the normal axe, but quite handy during hunting or war. The gano is very popular during cultural festivals or religious ceremonies as it comes handy during accompanying dances.
It is a very practical tool which also doubles as a symbol of cultural and spiritual prestige.
Gano is meant to live a life and not just to be shoved under the bed until the kurongedza tsvimbo ritual.
Unfortunately, with the exception of bira ceremonies, the gano has now been reduced to an under-bed museum piece.
Bakatwa is a type of a sword/knife with a wooden sheath, mubato.
It probably is oriental in origin.
We were in contact with Arab and Chinese emissaries well before the first Europeans.
The Portuguese found it in widespread use in northern and eastern parts of Zimbabwe during the 16th century.
Bakatwa denotes prestige and manly status and the elaborate carving and decoration of the sheath is testimony to this symbolism.
Like the gano, most bakatwa are kept as cultural symbols never to be touched until the kurongedza tsvimbo ceremony.
Tsvimbo, walking stick/staff, is the most common of the saimba tsvimbo regalia.
It is also the generic name for the saimba regalia.
Tsvimbo is a utility tool offering physical support and protection for the aged regardless of gender.
Tsvimbo is a symbol of both secular and spiritual power and authority.
It combines religious, artistic and practical qualities.
Historically and spiritually, we have famous tsvimbo like the ‘Mukwati walking stick’ stolen by Baden Powell, the legendary Nyaminyami tsvimbo or the Nehanda staff both of Zambezi River association.
The above constitute the main forms of the saimba regalia.
From saimba we have samusha, sadunhu, Ishe and Mambo.
The former three have no distinctive regalia beyond that of saimba.
However, for Ishe or Mambo, there are specific regalia associated with continuity of the offices.
Among my maternal uncles, the Nhowe, traditional regalia for the Chief, Mangwende, consisted of tsvimbo (staff), ngundu (crown) and ndoro (button).
The ndoro is believed to be indicative of Portuguese and Indian Ocean trade influence.
When a Mangwende died, there were three funeral announcements, kuridza mhere, that were made.
One was to announce the death to the people, another involved informing the Rozvi King (Mambo) while yet another involved informing the head of the other Mangwende royal house.
After collapse of the Rozvi kingdom this involved informing the most senior Rozvi in Nhowe country.
The latter two death announcements, kuridza mhere, involved presenting a hoe each, which symbolised the passing on of a chief, to the Rozvi representative and to the head of the other royal house.
Without this kuridza mhere, the Rozvi would not attend the funeral and consequently would not treat or crown a successor.
After kuridza mhere, the Rozvi would attend the burial of the Mangwende.
He brought with him gifts of a beast, mombe (cattle), grain and beer.
He then observed the funeral process to ensure that the Mangwende was buried according to local customs.
A delegation from the other royal house also attended the funeral bringing with them gifts of cattle, grain and beer, gifts collectively known as chema.
At the end of the funeral, the Mangwende royal regalia, consisting of tsvimbo, ngundu and ndoro, was given to the Rozvi representative to keep until a successor was found.
When the Nhowe reached consensus on a successor, the Mangwende elect would present himself to the same Rozvi.
The Rozvi gave the Mangwende a royal bath, presented him the royal regalia and gave him a handful of soil as symbols of royal and spiritual authority.
The Rozvi role was both political and religious.
Today the Rozvi authority and the royal regalia have done a disappearing act.
In their place we now have the District Administrator (DA) or the Provincial Administrator (PA) and colonial regalia.
This regalia consist of a purple gown (like the one worn by High Court Judges), a white helmet, a badge and tsvimbo (staff).
The symbolism is stately and colonial.
This regalia has lost the historical and spiritual symbolism it is used to command. To me when I look at the regalia it combines images of colonial Belgian Congo police and imperial London police.
The involvement of DAs and PAs in kurongedza tsvimbo (safe keeping) and anointing of successors in our chiefdom also undermines the traditional and spiritual authority of our chiefs.
As with Bhowas’ tsvimbo, our chiefly regalia is a sorrow sight.