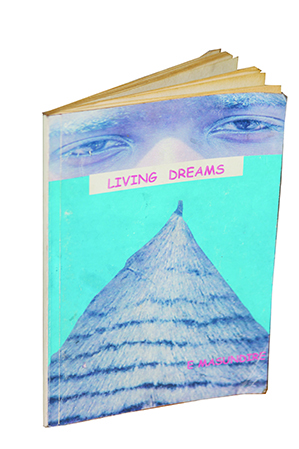 BEFORE colonialism, many African states, Zimbabwe included, enjoyed the pleasure of living in a land where its inhabitants lived in harmony and peace.
They lived abiding to and guided by their traditions and culture, understanding and respecting each other.
And this was all thwarted by the arrival of the white man.
In his book Living Dreams, Zimbabwean writer Edmond Masundire clearly shows how colonialism destroyed all the good that existed among the Africans.
Basing his story on Mahembe, a black man in Musariri Village, Living Dreams depicts a society that had its dreams destroyed by invaders.
It is a story that addresses the land question, taking the reader back in history.
Masundire shows that the blacks in Zimbabwe lived peacefully before the coming of the whiteman.
“There was a time, when people shared food, water thoughts and dreams. A time when people were bound together in a blanket of peace,” he writes.
The story highlights how the dreams and aspirations as well as the progress of the owners of the land came to a screeching halt as a result of colonialism.
The whiteman did not come to co-exist but grab all that the blacks had.
Mahembe is ruthlessly forced to live his land for a white man, Steve Evans.
He refuses as he sees no reason to leave the land that was left for him by his great grandfather.
A strong believer in the spirit mediums, Mahembe is arrested and sentenced to two years with hard labour for the ‘crime’ of refusing to join fellow blacks that had been moved to barren land.
“…When I arrested you, you were in the groundnuts field uprooting some weeds.
“That field is on Mr Evan’s farm. Your homestead is on Mr Evan’s farm. Your chickens and ducks are on Mr Evan’s farm. Your cattle and goats are grazing on Mr Evans farm… That is the crime you are facing you useless madhala!”
It is a story that will make younger generations appreciate and understand the story behind the land question.
It does not only help one to understand but penetrates to the heart of the issue.
Masundire highlights how draconian and brutal the Land Apportionment Act of 1931 was, how Africans were severely punished for refusing to leave the fertile land for whites.
As one reads the story, the land reform programme and its necessity becomes clearer.
One even gets to fully appreciate the reasons for the Second Chimurenga.
Living Dreams is a story that reminds every Zimbabwean that taking back the land was not an injustice to the white race but long overdue process to remedy a huge injustice.
It is a strong reminder of the brutality of the so-called ‘chief’ proponents of ‘democracy’.
The author also shows how whites did not only grab the land but imposed their culture, education and religion onto blacks.
In their arrogance they deemed their way of life, which fragmented the lives of Africans, as superior.
Their systems, which they considered important ingredients to life, did nothing but tear the fabric of the African culture?
But all is not lost as Masundire shows how Mahembe despite being harassed and arrested does not forget the importance of his spirit mediums and the role they play in the land issue.
In Living Dreams one clearly sees how the missionaries played a leading role in colonisation how ‘the flag followed the cross’.
“What is the Bible when there is good fertile land being underutilised by the natives?
“What is a Bible when there is good livestock to take away easily from a simple defenceless black person?
“What is a Bible when a horse is at your disposal to ride, pegging land from one point to another without any interference from the owner?
“You ride for weeks, when the horse is tired you stop and peg. Everything is all yours,” highlights Masundire.
The 2000 land reform never needed negotiations.
Land simply had to be returned to its rightful owners, the black majority.