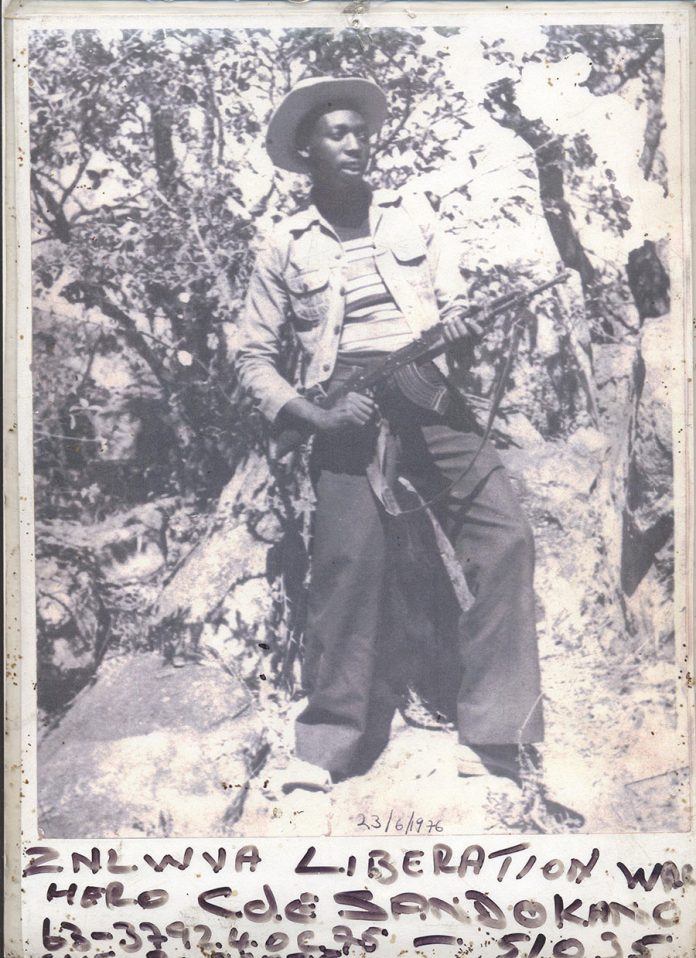 IN 1978, Cde Liberty Kuwayawaya, then operating as a ZANLA combatant, was captured in the Sadza area of Chivhu.
Having been shot, and his intestines hanging out, he took refuge in a nearby home but was sold out.
The Rhodesians came for him.
Instead of finishing him off, they ‘realised’ an opportunity to recruit a die-hard guerilla on their side.
They calculated that after they had treated him for his injuries and he was well, they would use him.
They airlifted him to Enkeldorn Hospital, now Chivhu General Hospital, where they had him treated under heavy guard.
After that, they kept him in prison, in solitary confinement.
From time to time, they would ask him if he wanted to be taken back to his comrades.
His response always was: “You took me when I was very injured and you treated me, I am alright where I am.”
Cde Liberty knew this was a trap.
He was buying time until he could go back to his compatriots on his own terms.
He was joined by another mujibha (war collaborator) at his prison quarters who had also been captured.
After some time, the Rhodesians told him they would take him in a helicopter so he could show them the bases of ZANLA combatants in the area; the routes they normally follow; their hide-outs and other details.
This alarmed Cde Liberty.
He was deeply anguished.
How could he sell out his comrades!
The whole day he could not be at peace.
The possibility of him selling out ate into his soul.
His prayer was answered.
The following day there were torrential rains and the trip was cancelled and Cde Liberty was relieved.
The Rhodesians never brought up the issue again.
Cde Liberty realised his time was running out and he had to fast-track his plan to escape.
Once again, his prayer was answered.
In his imprisonment, Cde Liberty seemed so resigned to his fate; so much at peace with his life in captivity, he caused no trouble.
The guards were rather relaxed around him as a result.
One day Cde Liberty overheard his guard saying he had an errand to run.
Cde Liberty could not believe it was real; that he could be left unattended. Could it be so easy or was it a trap perhaps?
He took a chance and escaped with the mujibha who had also been captured.
They sprinted for dear life, and using the well-known terrain, they got to the comrades safely.
There were procedures.
There was vetting because you just did not accept a comrade who had been in captivity so easily.
It was a well-known practice for Rhodesians to try and turn captured comrades to their side.
After exhaustive interrogation, the two were accepted back into the fold.
Cde Liberty remained steadfast and succeeded in rejoining his compatriots; nothing of Rhodesia had captured his heart, the struggle was his only love.
It was not only Cde Liberty who experienced the nightmare of being captured.
In the Mataga area of Mberengwa, three ZANLA legends were giving the Rhodesians sleepless nights.
Comrades Sando Kano, Zu Tichatonga and Chauya Chinesu were unstoppable until they were captured in battle.
This was in 1978.
The three comrades were taken to Ngundu, a Rhodeisan base notorious for torture.
They were severely tortured and afterwards were offered ‘goodies’ to work for Rhodesians.
The specific mission was for them to pose as comrades and operate under the watchful eye of the Rhodies.
This was a perfect way for the Rhodesians to fight the freedom fighters from a vantage point, using their own. They would learn more accurately about the guerilla activities and movements and through this infiltration, succeed in neutralising ZANLA activities.
But these three comrades were too crafty for the Rhodesians.
They agreed to the deal but they knew something the Rhodesians did not know.
The masses were well trained, well taught in the craft of war. They could easily distinguish genuine comrades from imposters.
They could be relied upon to inform the ZANLA combatants that something was afoot; they could be relied upon to protect themselves and their comrades.
The three captured comrades, now ‘working’ for the Rhodesians, did everything to raise alarm among the villagers, to let them realise something was amiss.
For instance, they would ask for blankets in broad daylight, not at night as was the norm.
They would also ask women to bring food individually instead of collectively as was the usual practice.
They would also lead songs that derogate not only Muzorewa but also the ZANU leadership.
They succeeded in creating confusion and the masses knew something was drastically wrong and this protected them; they could never let down their guard.
While they were pursuing this dangerous charade, the captured comrades managed to smuggle a letter to their comrades operating in the area to come and rescue them.
They gave it to one of the villagers to take to their compatriots.
In the ensuing battle, two of the comrades were freed, Cdes Zu Tichatonga and Sando Kano, but sadly Cde Chauya Chinesu was recaptured.
He was in prison until ceasefire in 1979.
Some of the villagers had feared that the captured comrades would sell them out and lead the enemy to them; they thought this was their end.
But these were ZANLA combatants who had willingly dedicated their life to Zimbabwe and nothing would change them, not money or pain.
They outwitted the enemy and were able to resume the struggle.
Truly these were legends and their unshakable commitment led to the independence of Zimbabwe.