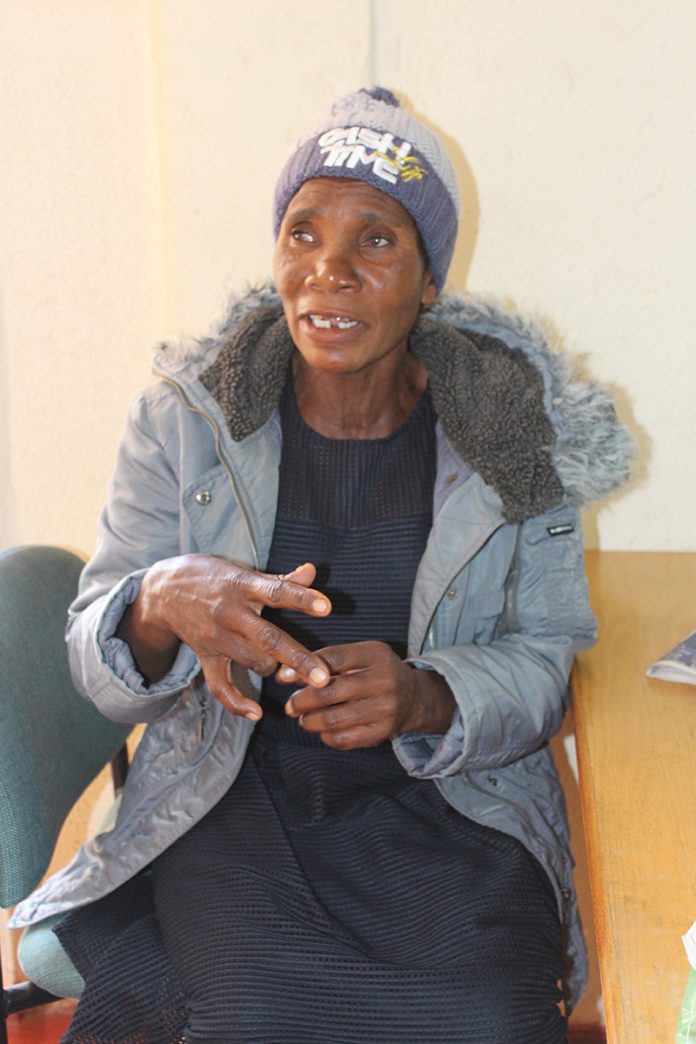 THE brutality of the Rhodesian soldiers who terrorised Africans in my home village of Shapure under Chief Saunyama in Nyanga and also under the influence of Radio Maputo forced my brothers and sisters to join the liberation struggle in 1976.
I was 24 years old then.
One day in November 1976, we were sold out to the enemy – our crime was feeding guerillas.
We had delivered food to the freedom fighters who were based on Chinongore Mountain.
I had gone to the mountain with my sisters Anna, Juliet, Teclar, Rosy, Sabina and Speaklow, my brothers, Robert, John, Nesbit, James, Michael and Lovemore.
At the base were Cdes Prince Mutape, Shasha yeZimbabwe, Zoo Mambava and Takauya Netsoka.
It was around mid-morning when we heard gunfire targeting a mountain adjacent to where we had taken the food.
Cde Takauya Netsoka took us to a cave where we hid for the whole day while the comrades fought the Rhodies.
I was shocked when the other comrades joined us around 8pm.
That was when I first realised that guerilla warfare was intelligently organised.
When the fight commenced, there was no time to discuss and arrange a gathering point after the battle, but when it was all over, all the comrades converged at one point, all alive.
We were told there was no going back, we were now going to cross Kairezi River that same night to Mozambique where we were to receive our military training since going back home was now risky.
We were now targets of the Rhodesian soldiers.
I was frightened and anxious at the same time.
What worried me most was that it was our whole family crossing – only my young brother was left home.
And we were leaving without saying goodbye; kwaiva kuenda kuhondo, kumaziva ndadzoka.
We swiftly walked in the dark and managed to cross Kairezi River as dawn broke.
We joined another group of recruits and it took us a month to get to Tembwe, a ZANLA training base in Tete.
We had passed through various ZANLA and FRELIMO bases.
I was separated from my brothers and sisters at Tembwe.
That was the last time I saw most of my family members because only Tecla, Michael and myself returned from war.
Upon completion of military training, I was deployed to the Gaza Province where I operated together with other female cadres and our duty was transportation of war material from the rear in Mozambique to the war front.
In August 1977, I was involved in a historic fight where we defeated Rhodesian forces and that battle was a clear indicator of ZANLA’s supremacy over the poorly trained Rhodesian army.
By 1977, they (Rhodesians) were desperate and recruiting boys barely out of high school and giving them rudimentary training before sending them to fight.
Guerillas, by 1977, had become an efficient fighting force.
Women guerillas were responsible for transporting arms and never went out into battles.
But there were those instances when we found ourselves in the midst of a situation that required us to fight.
On this particular day, there were 50 of us including male combatants who were responsible for our security.
We had received our ammunition for transportation at Chitima Base and we were transported by lorries that left us at the border in the middle of the night.
We swiftly walked in the middle of the night and rested the following morning in the Mount Darwin area.
We were now in the Nehanda Sector.
We moved in small units to avoid detection and we rested on a mountain, waiting for darkness to fall and cover us to our final destination where we were to leave the war material.
Since there was no cover, I suspect we were spotted by Rhodesian soldiers at some observation point.
The soldiers deployed on top of mountains would alert the airforce to the presence of guerillas the area.
Around 6am a spotter plane flew over our base and we knew an attack was imminent.
I was with Cdes Zvisinei, Shingirai Mabhunu and Muchaneta Mabhunu.
Cde Zvakaoma, who was in charge of security, gave orders that all female cadres with war materials must advance strategically to the next base which was a few kilometres while they held the enemy.
I was carrying boozes for recoilless guns and my submachine gun.
As we approached the mountain, we were welcomed by gunshots.
We had been ambushed and had to fight our way through and deliver our materials.
We did not retreat, we returned fire.
We fired relentlessly at the enemy until the Rhodies retreated.
The fight only lasted for 20 minutes before the Rhodesians retreated.
From the hot zone, we swiftly made our way to a base in Mutorashanga where we handed the materials to the security commander of Nehanda Sector.
Later on, we heard that on that mission to deliver weapons to the front, we had lost eight comrades, but we had also inflicted damage on the enemy.
Compiled by Emergencey Mwale-Kamtande