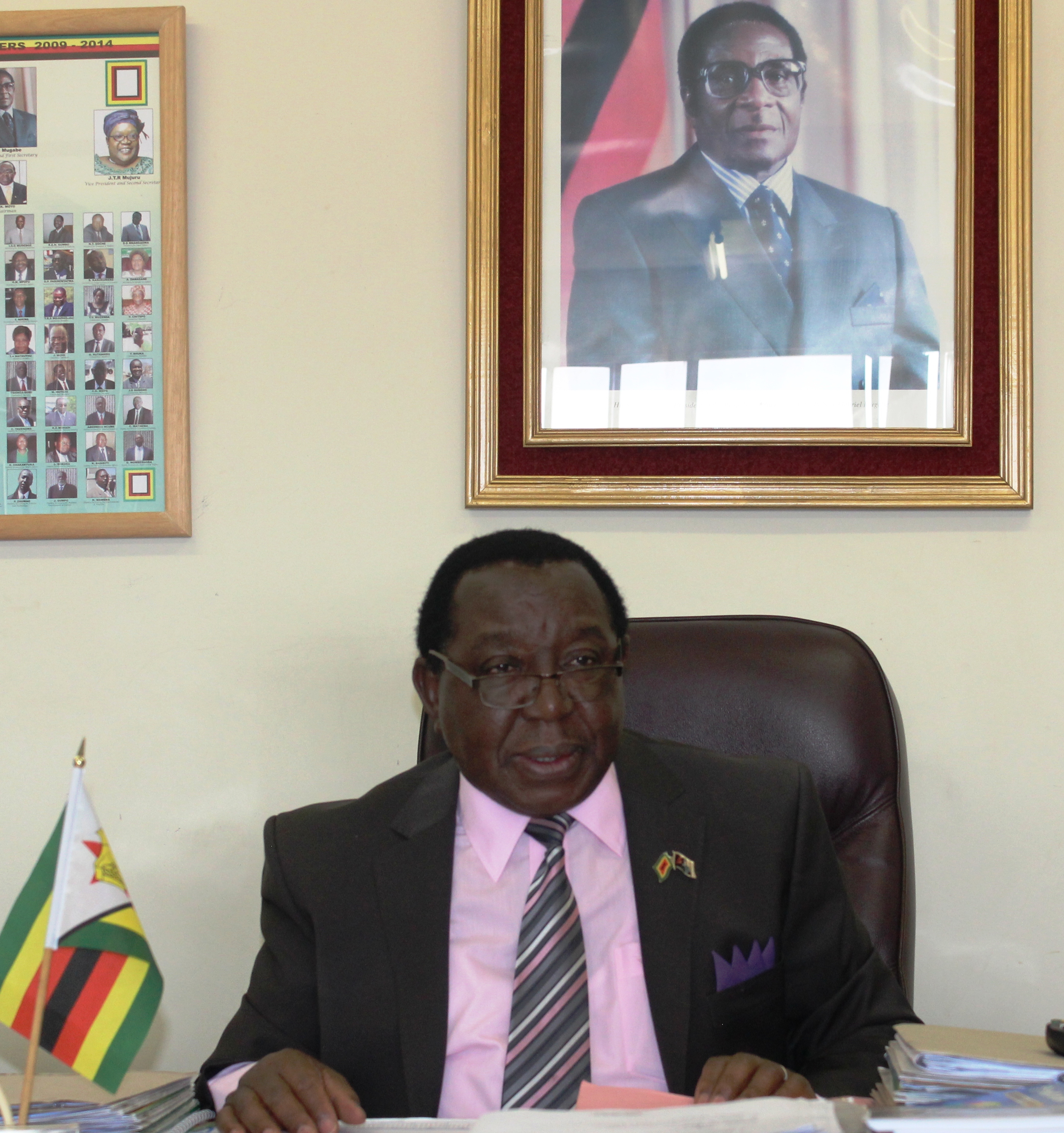 ZANU PF holds its Annual National People’s Conference in Chinhoyi next week.
The conference comes at a time the expectant nation has been subdued by an economy that is not performing according to expectations giving the ZANU PF Government more to ponder on the way forward.
In recent weeks, the country has witnessed an unprecedented economic decline, slowing the implementation of the Zimbabwe Agenda for Sustainable Socio-Economic Transformation (Zim Asset) a policy that was designed to support the on-going indigenisation and economic programme through sustainable development and social equity.
But this year’s conference which will be held under the theme: ‘Zim Asset: Growing the Economy for Empowerment and Employment,’ presents ZANU PF with an opportunity to answer its critics who have gone to town with wild claims that the party cannot turn around the country’s economy.
Zim Asset which is built around four strategic clusters, namely, the Food Security and Nutrition, Social Services and Poverty Eradication, Infrastructure and Utilities, and Value Addition and Beneficiation clusters derives its authority from ZANU PF winning election manifesto, the party National Chairman Ambassador Simon Khaya Moyo told The Patriot this week.
The blueprint which has been embraced by the world seeks to pursue a new trajectory of accelerated economic growth and wealth creation for indigenous Zimbabweans.
Its guiding vision is, ‘Towards an Empowered Society and a Growing Economy’.
This year’s conference, Ambassador Khaya Moyo said, is unique in that it is not only about the anticipated extensive debate on Zim Asset, but about creating ways and means of fulfilling people’s aspirations as promised during the election campaign period.
He said Zim Asset has been dubbed the ‘Results Based Agenda’ because it is a reality that will set the course for the country’s anticipated economic growth, hence the decision to have it take centre stage in Chinhoyi.
“We had a manifesto that appealed to electorate hence the massive vote for President Robert Mugabe and ZANU PF’s resounding victory in the July 31 harmonised elections,” said Ambassador Khaya Moyo.
“From that manifesto we developed an economic blueprint (Zim Asset) that was discussed at length by the Politburo, which adopted it before it was taken to Cabinet which also embraced it.
“We will discuss the document in Chinhoyi and there will be extensive debate on Zim Asset, and of course the state of the party this will be followed by resolutions focusing mainly on how we can fulfil people’s aspirations.”
Amid growing calls for the party to lead, the people, Ambassador Khaya Moyo said, must go back to their respective homes convinced and clear that ZANU PF is on a rollercoaster move to implement Zim Asset and bring about the much needed economic relief to the country.
Local resources drawn mainly from minerals which have in recent years been shipped out of the country in their raw form will be used to fund the programme, a clear sign that the party is ready to take the initiative and take the challenges confronting the country head on.
“We must take the lead as a party and ensure that we fulfil the aspirations of the people using our own resources which we all know are abundant,” said Ambassador Khaya Moyo.
“We have the resources to benefit every Zimbabwean, to fund our programmes and answer to the aspirations of the people.
“We will answer the calls for the upliftment of people’s lives that is why we have those four clusters which cover every sector of the economy.”
With such confidence as that which was witnessed during the harmonised elections, there can never be any doubt that the country is headed for an unprecedented economic boom that will benefit the majority.
The Chinhoyi conference will be about a party that is still very much conscious of the burden it is carrying on its shoulders.
People’s dreams and aspirations lie in their hands and in Zim Asset the answer to the country’s economic problems appears to have been found.
The conference will be about going back to the people with solutions to the plethora of problems currently confronting the nation.
“We have never abandoned the people, we will never do that,” said Ambassador Khaya Moyo.
Zim Asset is the answer to their problems and we will go to Chinhoyi with the people in mind as we have always done in the past.”