Home Old_Posts ‘Whiteman is no saviour’ 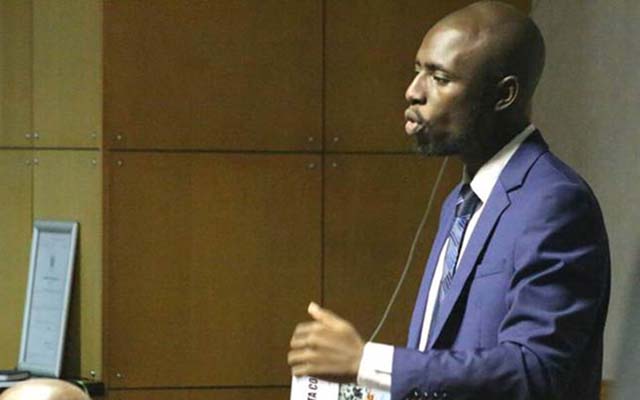 “WE want change, we want democracy,” so goes the tired mantra local political activists have been chanting since the turn of the millennium.

The question stands: Who is defining the democracy they call for?

Do they understand the implications of the change story they are selling to the public?

The Patriot has, time and again, unearthed the underhand dealings involving the West and those calling for so-called change.

It is plain to see; local political activists are being used to drive the Western agenda.

Will they, at any point, see that they are just puppets?

The book, a collection of short stories, was written following the successful implementation of ‘Operation Restore Legacy’ which resulted in the resignation of former President Robert Mugabe.

In the story ‘Ride to Freedom’, Manjonjo recounts the events of the march that led to the ouster of former President Mugabe.

The author, through the antagonist Gamuchirai, describes typical conversations that took place in public spaces.

Gamuchirai was in a commuter omnibus on his way home from town.

The talk, at that time, was on the possible way forward for Zimbabwe.

It is not surprising that Manjonjo takes the opportunity to insinuate that hopes for a brighter Zimbabwe lay in the whiteman.

To him, for the November 2018 operation to be a success, there was need for the whiteman to come and rescue Zimbabwe.

But, was it the white man who had led ‘Operation Restore Legacy’?

Was it the whiteman who thronged the streets of Harare in support of the operation?

Did the locals not do it alone?

“I don’t have to move to South Africa leaving my wife here,” shouted one of the passengers.

“Maybe foreign investment will come and I might be able to get a better job.

“…the international community will be running back to Zimbabwe so there will be pressure to have fair elections.”

To Manjonjo, the efforts of the locals alone were not enough, unless they were backed with the whiteman.

In the story, the author raises the issue of gender equality.

Zimbabwe has opened up spaces for women in politics, though women rights activists still call for more to be done.

Women have held top political positions in both Government and political parties.

Women, like Defence Minister Oppah Muchinguri-Kashiri, who is also part of the ruling ZANU PF presidium as well as the national chairperson; former Vice-President Joice Mujuru, who is also a leader of a political party; and Dr Thokozani Khupe, who also leads a political party, have proved that women too can play a decisive role in politics.

“Tsvangirai had his chance. He should move on and let a woman take over,” shouted the Ndebele woman.

Despite the efforts and contributions of women in politics, they have continued to suffer at the hands of their male counterparts.

This was the case with the way the MDC-T handled its succession issue.

Dr Khupe was denied her right to lead, simply because she is a woman.

Interesting though, coming from a grouping that preaches democracy and equality.

In the story ‘The Maid’, Manjonjo continues with the theme of women empowerment and gender-based violence.

In the story ‘Listina’, a maid to top lawyer Julia recounts how her husband physically abuses her if she fails to hand over her salary to him.

“I usually give him all of my pay as soon as I collect it from you,” said Listina.

“This past weekend I didn’t give him all of it so that I could pay for my older child’s fees.

“We have not paid fees for nearly a year.”

The author highlights the unfair treatment women still suffer in both the private and public sphere.

In the story ‘Traitors’, Manjonjo takes a swipe at the Land Reform Programme.

He fails to appreciate the value of land.

To him, owning land could be passed off as being poor.

“He had three cattle and fifty dollars to his name and his father had promised to give him a hectare to plant on when he did marry,” Taurai thought.

“All of this was pitifully too little to provide for a family.”

Manjonjo fails to appreciate that land has the capacity to change a person’s life financially.

It is from the land former white farmers got their wealth.

Yet, to people like Manjonjo, the only way to financial freedom is working for a whiteman.