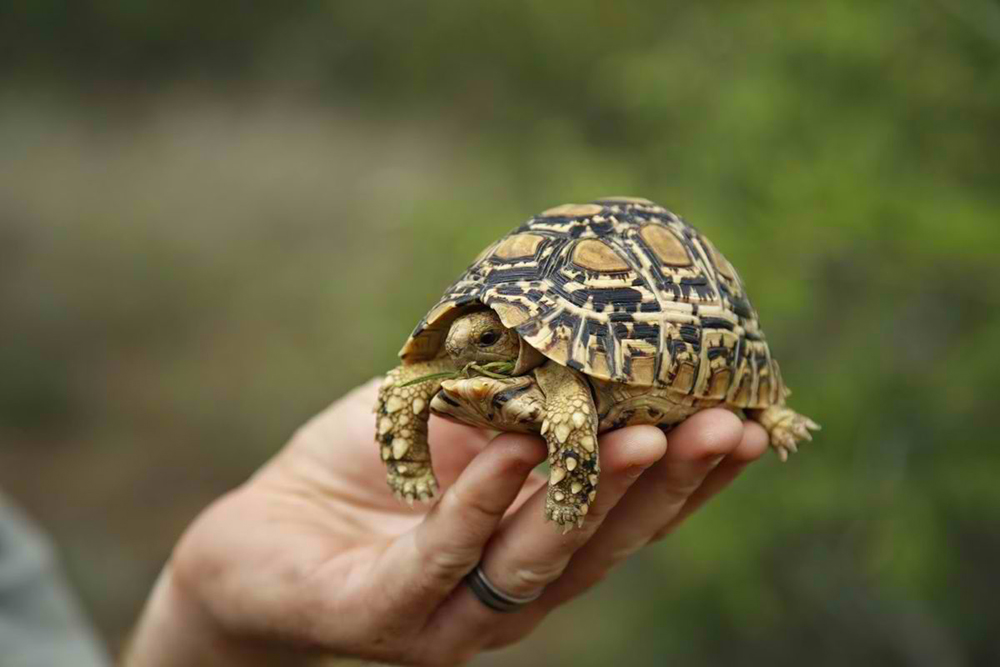 THE incursion of early European hunters, the introduction of firearms and, more recently, poison, has resulted in the devastating decline of species like pangolins, pythons, tortoises, elephants, lions and rhinos.

They face an increasing risk of extinction because their body parts are well-sought after by both locals and foreigners.

While Zimbabwe is endowed with many animals and medicinal plants that are protected by the State, they are on the verge of extinction due to massive poaching.

There have been disturbing reports that chelonians, reptiles and mammals are under threat, not just from tourists, but from villagers mostly in communal areas.

The villagers are offered money for these species by foreign market cartels.

Under threat are pangolins, pythons, bull frogs and other rare reptiles and lizards.

Villagers claim to be making money by selling snakes and tortoises to foreigners who later export them to foreign countries where they are sold as pets or longevity medicine.

A tortoise can live for over 150 years.

It’s said a tortoise can fetch over US$1 000 in foreign markets, yet locals are selling it for amounts ranging from $10 to $40, depending on the size.

According to scientists, of the 40-or-so known species of the land tortoise, more than 15 are in Zimbabwe, making it the most tortoise diverse country in the world.

The northern and southern provinces are particularly blessed with more than eight species, including one of the rarest, the geometric and one of the most abundant, the angulate.

It is a generalist feeder and is adapted to a much greater diversity of habitats.

Its geographic distribution stretches in a band along the northern and southern parts of the country with isolated populations in rural and urban areas where they are facing potential extinction.

The python is another ‘wanted’ reptile.

It is poached for its bones, skin, flesh, liver and oil.

The skin is used by local traditional healers as a mat while the bones are burnt and administered on patients with different ailments such as mental illnesses, or are used with other herbs to make strong lucky charms.

The oil is used for treating different diseases as well.

It is rubbed on children as a charm against evil spirits.

However, foreigners have different uses for python parts.

The skin, in particular, is used to make expensive designer shoes, handbags, wallets and belts, among other things.

Elephants and lions are not spared as they are hunted down as trophies, although other body parts such as teeth, mane and skins, in the case of lions, have a variety of uses.

Lion teeth are used to make necklaces; the mane for medicinal purposes; while the flesh and fat are used as ‘bravery’ portions.

According to some traditionalists, warriors were rubbed with lion fat before battle.

The elephant, on the other hand, is usually poached for its tusks (ivory).

It must be noted that nothing on an elephant is wasted – from the meat, skin, feet and even its dung.

The ivory is used to make expensive artefacts as well as medicines while the skin is used for making bags, wallets, jackets and other expensive fashion accessories.

The feet make expensive stools, while bones are used for traditional medicines by different tribes.

The meat is consumed and the brain is mixed with other herbs to make concoctions that prevent memory loss.

Elephants are believed to have a sharp memory and consuming elephant brain mixed with other herbs cures memory loss.

Perhaps one of the most interesting aspects about the elephant is its dung which has a variety of uses.

It is used as a mild pain killer and remedy for nose-bleeding.

As a result of the large variety of fruits and plants an elephant consumes, its dung is a one-stop-shop for traditional healing.

In the dung are traces of most of the foliage a medicine man uses.

Besides curing headaches, dulling toothaches and limiting other pains, elephant dung is known to clear sinuses and treat nose-bleeding, among other uses.

Pangolins have not been spared by local and international poachers either.

The scaly animal is timid and harmless.

It is usually hunted for its meat which is believed to have medicinal properties.

Like the python and rhino, the pangolin is an endangered species.

Rhinos also continue to be poached as the demand for rhino horn products continues.

The horn is believed to have immense medicinal qualities.

It is used as an aphrodisiac in some Asian countries.

The horn is ground into a powder believed to treat fevers, guarantee longevity, while some say it ‘cures’ cancer.

No doubt, wildlife is the foundation for both the tourism and wildlife industries of Zimbabwe.

Wild faunal species are pure indigenous genetic resources that include birds, mammals, reptiles, amphibians, fish and invertebrates which must be preserved for future generations.

With the onset of colonialism, traditional wildlife management systems were rapidly replaced by European models which acknowledged no need for existing indigenous knowledge systems and practices.

Over the years, wildlife experts have been unable to cope with problems of human and wildlife conflicts, dwindling wildlife populations due to poaching as well as habitat loss and escalating poverty levels among those living in rich wildlife areas.

However, programmes meant to benefit these people have been misdirected and instead, excluded these communities from benefitting from their resources.

Conservationists also argue that unless rural communities are unable to benefit financially from their wildlife resources, poaching will continue.

A trend emerged whereby several programmes claimed to combine both the protection of wildlife and rural development, but this has not been the case as evidenced by the increasing number of poaching activities recorded by the National Parks and Wildlife Management Authority.