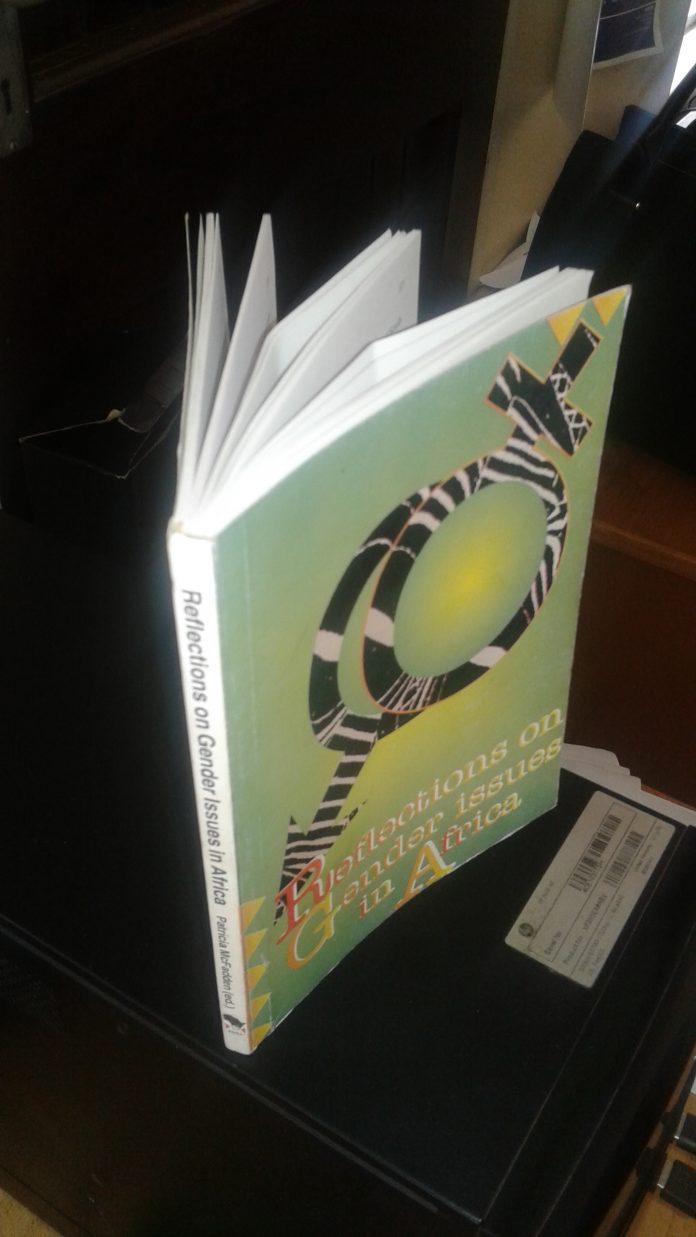 THE book Reflections on Gender Issues in Africa centres on a collection of stories on various issues like politics, economics, elections and music in Africa where women have been marginalised because of the patriarchal society which labels and denigrates women who venture into male-dominated areas.
Maya Cawthorne notes that colonisation drastically changed Africa’s economy, social relations, gender and labour relations and that has affected women to this day.
Writes Cawthorne: “For women, especially whatever power and prestige they had before this point was taken away.
From 1890 onward, life for ‘natives’ in Southern Rhodesia would never be the same.”
The midwifery and healers’ roles, mostly done by the African women, was undermined by the Christian doctors who encouraged Africans to go to hospitals to seek Western medical assistance.
Hence, women also lost a crucial position in society. Within the family, women lost their role as grandmothers because children were educated in mission schools and no longer by the older women.
This has affected the African family to date, where children have resorted to the internet and other institutions such as churches and schools for advice.
Yet in the African society, family is the basic unit and is the primary institution of socialisation. It is within the family that children learn the values and expectations of their given societies. Europeans, on the other hand, brought in customary laws where women were perpetual minors and always under the guardianship of males.
They could not sue or be sued, own or inherit property, be guardians of their children or enter into contracts without the assistance of men.
As noted in the book: “African men did not complain about the intrusion and erosion of their culture by Europeans in areas which concerned women.
Yet African men, particularly elders, were not unaware of their own waning control over women was perceived as a way of maintaining their previous power (sic).”
When Zimbabwe gained independence, other laws were particularly discriminatory towards women.
The Legal Age of Majority of Act (LAMA) (1982) also gave Zimbabwean women majority status for the first time.
There was a review of some labour laws which included maternity leave, outlawing sexual discrimination in the workplace and protecting jobs and salaries of women.
However, despite these efforts, there is need for continued efforts in supporting women in male-dominated areas such as politics and the arts.
Mwenda Ntaragwi writes that socially and culturally, women and men have tended to assume different roles, duties and identities in their respective societies and thus often have different needs, aspirations and values.
“Women, by virtue of their gender, are restricted in terms of their entry into the popular music arena,” says Ntaragwi.
“One of the major reasons is the nature of the industry itself. However, overall, women tend to face more criticism than men they choose to engage in popular music (sic).
“This is because the urban space, where most popular music thrives has, for historical reasons relating both to colonial and indigenous patriarchy, been officially marked as a male territory.”
In Zimbabwe, most women are accepted when they venture into areas such as gospel music.
Fungisai Zvakavapano-Mashavave attracted public ire when she delivered her gospel music in dancehall genre.
She had to fight and defend herself, urging fans to accept her new ‘look’ and music.
Ntaragwi notes that for a woman to engage in popular music, she has to exit from the restricted social space in the home and enter the public space which has almost always been identified with men.
Says Ntaragwi: “When we look at some of the roles she is expected to play in many of the music groups in these societies, we find that she actually ‘attracts’ those negative comments. She dances on the ground, and the dance may imply a particular sensuality and sexually provocative behaviour.
Generally, this dancing attracts the attention of many male patrons in places of leisure, often to the delight of promoters and the owners of such premises.”
Thus, Ntaragwi notes that control of gendered behaviour, whether in music, politics or religion, among other areas, is indeed a means of controlling the social, political and economic order.
The book provides a continental and regional view of some of the key challenges as they relate to human rights and the law, culture, the arts, identity, politics and everyday living for women in particular and all Africans in general, perceived through a gendered lens.