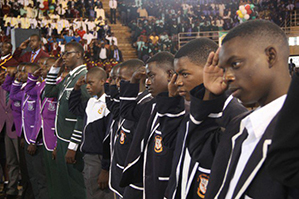 EDITOR – I AM still shocked about the way some churches are now using social media to spread malicious videos ridiculing the National School Pledge. Recently I received a video which features the comic Mr Bean (Rowan Atkinson).
In the video, Mr Bean is laughing at the National School Pledge.
The video shows impoverished children and dilapidated infrastructure which is a complete opposite picture of Zimbabwe.
It further labels the pledge a lie and a disgrace and further lobbies for a march which says ‘No to the pledge’.
Previously, they were refusing the pledge because it was against their beliefs as a movement.
This was clarified and now they have changed goal posts because they believe it is a disgrace.
The question is: A disgrace to who?
Recently the church has been part of almost every protest in the country and we wonder whether they are now part of the Western regime change agenda.
Perhaps the leaders are getting sponsorship and are taking advantage of their congregants who at times follow what their leaders subscribe to blindly.
After all, religion has been described as the opium of the masses.
As a fellow citizen and a Christian, I think it is prudent for the church to stick to its core business – spiritual guidance.
The nation needs prayer, not protests or marches.
And it is my humble request to all Christians to go back and read the National School Pledge.
A pledge and a prayer are two totally different things.
Please, please kana chiri chiKristu ngatisachibatirei pamusoro.
Tinozokuudzai zvimwe zvekuti kana kuChurch munorega kukuenda imi.