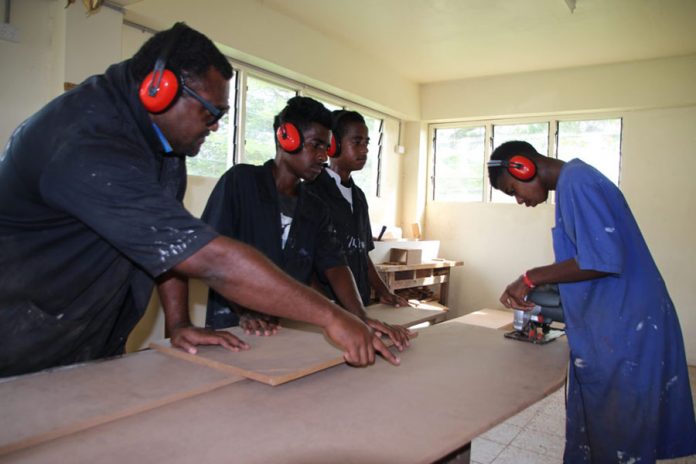 MODERNISATION and industrialisation do not happen as a result of wishful thinking.
They are realised as a result of planning and realigning existing curricula, including introducing new programmes that speak to the new vision.
This conscious planning should then target creativity and innovation.
I am quite convinced that as Andrew Carnegie (the Scottish American industrialist who led the enormous expansion of the American steel industry in the late 19th Century) once remarked: “The illiterate of the 21st Century are not those who can’t read or write but those who fail to learn, un-learn and re-learn.”
Innovation is not only about creating new things or ideas but about improving existing ones.
I find this quite instructive given the fact that Zimbabwe is a resources-rich country that requires only but an additional thought to beneficiate or add value to that which is right below our chins. Innovation is just about revision, reconstructing and perfecting. There is therefore need to situate my discussion of innovation in the context of development planning and educational trends refashioned.
Historical overview
The history of colonialism in Africa and Zimbabwe in particular, needs no special introduction.
Its traumatic presence can still be felt to date in the throes of political and economic vilification of Zimbabwe by our erstwhile coloniser and its faceless allies.
Education, in its tamed state, has always been used as a weapon to serve the interests of those who partook in its design.
It was, like many such institutions, used to serve the colonial master.
Colonial powers introduced among the colonial subjects a range of exploitative and suppressive economic activities which needed workers with a certain level of education.
The commercialisation of some of the traditional agricultural crops for export, the establishment of mining ventures in areas endowed with valuable minerals existed and development of capitalist imperialist economic base created demand for cheap labour.
The educational provisions of the colonial period did not encourage innovation on the part of Africans, just as the development planning trajectory sought to groom a group of loyal working class natives.
The result was the creation of what Toby Moyana describes as a ‘buffer class’ that would not only cushion the white master class from the simmering black mass below, but that would also serve the interests of white settler-colonial rule with adoration and subservient enthusiasm; never seeing themselves as critical factors but as appendages in the matrix of the economy they were propping.
Given this background, one can bluntly say there was no innovative manpower to talk about as far as Africans were concerned.
Innovative manpower development was reserved for the master and his posterity to whom selected Africans were necessary appendages.
Yes; the colonial education system aimed to create and perpetuate a zombie culture among Africans; a dependency we worked to reverse at independence.
At independence in 1980, we introduced Technical, Vocational Education and Training (TVET) policy reform initiatives with a view to reversing the emasculating effects of colonial culture.
The policy included the principles of decolonisation, abolition of racial structures, democratisation of access to education, localisation of curriculum as well as examinations and in particular the vocationalisation of the secondary school curriculum for effective socio-economic transformation.
When you look nostalgically at this policy, you realise that if we had followed it through, we would be counting our harvest by now.
There is no question that this would have incubated both creativity and innovation.
Indeed, that TVET policy was a vehicle for the social and economic transformation which preoccupies us today.
It is my fervent hope that this conference will be able to pick this up and perfect strategies for innovation in the various key sectors of our beleaguered economy.
Such a thrust is in line with what Paulo Freire calls the ‘revolutionary mandate of education’ achieved through dialectical engagement and continuous re-engagement.
Indeed Freire speaks to the spirit of innovation when he says:
“Knowledge emerges only through invention and re-invention, through the restless, impatient, continuing, hopeful inquiry men pursue in the world, with the world and with each other.”
This quote means that one should seek knowledge relentlessly.
It also points to the idea that the human mind evolves; and that every individual should learn new things from his mistakes and those of others in the process of engaging education to transform the world.
Innovation is the process of creating and implementing a new idea.
It is the process of taking useful ideas and converting them into useful products, services, processes or methods of operation. These useful ideas are the result of creativity, which is the prerequisite for innovation.
Creativity is the ability to combine ideas in a unique way or to make useful association among them in pursuit of better quality. Creativity provides new ideas for quality improvement in organisations and innovation puts finality to these ideas.
This brings us to the strategic importance of innovation in economic growth.