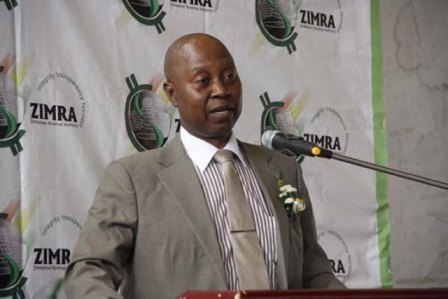 THE Zimbabwe Revenue Authority (ZIMRA) is under fire for demanding ‘unreasonably’ high presumptive tax from struggling small business owners.
The tax body, which is headed by Gershom Pasi, has been criticised by pundits for tightening screws on revenue leakages who describe the act as “killing the goose before it lays the eggs”.
Tax experts argue that small businesses that are in their start-up period may not be able to pay the presumptive tax as they do not realise substantial profits in their initial stages of operations.
Speaking to The Patriot, renowned industrialist, Larry Mavhima, said the Government should review its tax structure for small businesses.
“These tax regimes should be re-evaluated because clearly, they are choking small businesses,”said Mavhima.
“In some cases the tax regimes are justified, but when it comes to a small business which alternates between making losses and very small profits monthly, the presumptive tax in that case will be unjustified.
“Every business in the country should pay tax, but when the tax is killing the business, something should be done to alleviate that.”
Small business owners are in support of this notion alleging that Government through its tax agent, ZIMRA, is hastening the closure of small businesses and is a major impediment to the growth of the sector.
“I am an owner of a saloon in Zvishavane and I make no more than US$1 000 in profit every month,” said a small business owner who refused to be named.
She continued; “Yet I am expected to part with US$1 500 after every three months.
“I am now forced to shut down the saloon because I cannot keep up with the unreasonable tax.”
The national Chamber of Small to Medium Enterprises revealed that in Zvishavane a total of 12 small businesses were closed due to their inability to pay presumptive tax which they said was high.
President of the National Chamber for Small to Medium Enterprises, Daniel Chinyemba said Zimra’s presumptive tax was being ruthlessly administered to struggling small business owners.
“Presumptive tax is killing small businesses,” he said.
“Small business owners have no problem with paying the presumptive tax to Zimra, the problem is when the tax is demanded from struggling small businesses which are having a hard time to break even.”
However, Minister of Small to Medium Enterprises and Infrastructure Development Sithembiso Nyoni, said small business owners were to blame in part for the closure of their businesses.
“The problem with these small business owners is that they do not keep financial records.
“The financial records will justify why the business cannot pay the presumptive tax because if they are not breaking even, there is no reason for ZIMRA to claim the presumptive tax from the small business.”
She said the idea of formalising the SMEs sector was noble but the problem is in how it is being implemented.
Presumptive taxes were introduced in the country in 2005 but were further enforced in 2011 to broaden the revenue base in view of the increasing informal business activities.
Selected sectors of the economy were targeted to ensure the participation of informal businesses.
These include restaurants, bottle stores, cottage industries, hair salons and commuter operators.
Omnibuses pay up to US$450 per quarter as per their carrying capacity while Taxis fork out a standard fee of US$100 per quarter.
Driving schools part with US$500 per quarter for light motor vehicles and US$600 per quarter for omnibuses and heavy vehicles while goods trucks are expected to pay up a maximum of US$2 500 per quarter.
Every operator of a hair dressing saloon is required to pay US$1 500 per quarter.
Cross border traders who import commercial goods into the country are required to pay a presumptive tax equal to 10 percent of the value for duty purposes (VDP) of the commercial goods.
Every operator of a restaurant or bottle store is required to pay presumptive tax amounting to US$300 per quarter.
The move to formalise the informal sector stemmed from a 2012 survey of the informal sector by FinScope which makes an interesting reading.
According to the report, about US$7,4 billion is circulating within micro, small and medium enterprises, most of which are unregistered.
Also, the country is losing a lot of much-needed revenue that could be realised through taxation of the informal sector, as is the case in countries like India and South Africa.
More than five million people are employed in the informal sector, according to FinScope.
If this sector was to be formalised and employees paid modest sums of tax by way of Pay as you Earn (PAYE), there would be great improvement in the Treasury’s revenue generation.
For instance, if all employees in the informal sector were to contribute an average of US$5 in PAYE per month, that means the fiscus would be more than US$25 million richer every month.