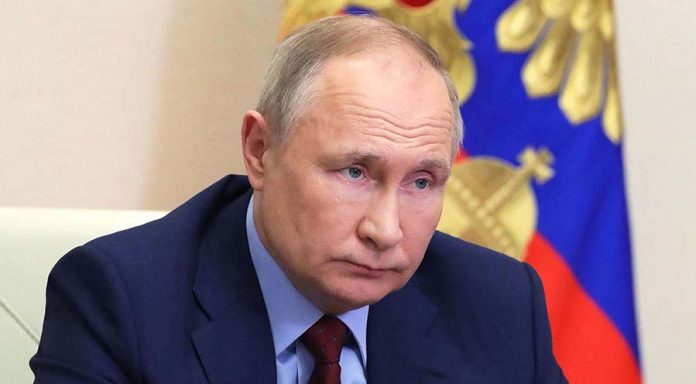 IS Vladimir Putin, Russian Federation President, a warmonger or a uniter of his people, a leader passionate about defending his country and restoring its glorious past?

I will leave that for you reader to decide because the media is awash with Russia’s special military operation in the Ukraine.

Most of the younger generation don’t know that without USSR, now Russian Federation, Adolf Hitler of Germany would not have been defeated in the Second World War.

The European continent, including Great Britain, were on their knees under the German onslaught.

Without Russia, Hitler would have been crowned emperor of Europe.

Hitler wasn’t eyeing Europe only but also Asia; that’s why he ventured into Russia and, as they say, the rest is His-Story.

After the Second World War, there developed a cold war between America, Europe and USSR, former allies in the fight against German’s Hitler.

In the 1960s, a nuclear war was barely averted between the two former allies with America also taking part in defeating Hitler.

The threat of nuclear war breaking out was a result of the USSR’s intention to place nukes on the Cuban Island which the US considered its backyard.

After a tense period, the USSR naval ships returned to base.

This was during the presidency of J. F. Kennedy.

The USSR finally broke up in the 1990s due to US interferences; it became the Russian Federation with the rest becoming independent Eastern European States.

And in 2022, Ukraine, which was part of the USSR and is on Russia’s backyard, wanted to join NATO, forming an alliance with the US, Western Europe and Eastern Europe.

This, the Russian Federation considers a threat.

Russia responded by what it calls a ‘special military operation’ in Ukraine which the West and it’s allies are demonising.

If one destroys a part of your country and has the appetite to destroy it completely, the only defense is to attack.

This can only happen if one has progressive memory, the one Vladimir Putin has.

Putin grew up under the umbrella of the mighty USSR and has a nostalgia of the glorious past.

The memory Putin has of Russia’s past is what the motherland lacks.

The motherland was once one country and was first divided by the Persians in 525 BC, then the Greeks in 322 BC and Rome in 84 BC.

The final blow to destroying the motherland’s glorious past achievements, unity, religion and conquests was in 1884, during the Berlin Conference, when the continent was fractured into what she is right now — poor but very rich, with no recourse to injustices suffered during slavery and colonialism.

This has been exacerbated by a populace that is ignorant of it’s glorious past because of the education systems countries on the motherland willfully embraced after they became independent.

This education system depicts us as a people who were just above wild animals, and were saved from that unfortunate situation by white people to whom we should forever be indebted!

With this kind of thinking, even among the political elites, academics and intellectuals, one is not surprised that the motherland is still the doormat of all races on earth.

We are thus proud of a culture and religion of our former enslavers and colonisers, that’s why we are in spiritual limbo.

Our biggest problem is embracing what our ex-tormentors throw at us to our own detriment.

One such is their kind of democracy which, instead of uniting us, divides us to the bone.

This is the democracy President Putin rejected to the chagrin of the US and her allies.

Our ancestors’ democracy unified all and sundry, with the motto: ‘Let’s agree to disagree with one objective that our race is more superior than our differences, let’s be like a spearhead that has one focal point, despite our differences’.

This is what the so-called modern black Africans have failed to grasp since Ghana got it’s independence in 1957.

Nkrumah tried to unite the Nahasi and make them remember their glorious past; it resulted in his deposition.

Libyan former President, the late Muammar Gaddafi, also made the same mistake and was betrayed and murdered by his own people at the behest of the motherland’s enemies.

On the other hand, Putin has successfully made his countrymen and women remember their own religious beliefs, glorious past, that have made them unite against a common enemy that wants the federation to break into weak pliable States depended on the West.

As the African continent, we have failed to truly unite.

Some might point at the AU as the point of unity but, truthfully speaking, the OAU made significant progress in unifying the motherland than the AU will ever achieve, despite having been bequeathed a solid foundation by the OAU.

This is because the AU is not economically independent, making it dance to the whims of her donors.

This is also made worse as her constituents are also not economically independent because of what I call AFRI-ECO-CON-COM-CEN, translating to Africa Economic Control Command Centre, which is controlled by those who do not want the motherland to be independent economically.

This economic command centre plays havoc with the currencies of countries deemed to be hostile to Western ideologies and interests.

This, Putin has shown can be thrown back to the West because it does not have natural resources of it’s own, resulting in the saying: ‘What is good for the goose is also good for the gander’.

With the motherland having 54 poor command centres, but rich in natural resources, the centre will never hold because the motherland lacks a Nahasian unifying Putin-like spirit, thus making the motherland a playground of white witches and wizards.

These have become so bold that they display their antics in the open, not fearing any repercussions because the motherland is not united and some businessmen, politicians, academics and intellectuals are compromised.

How can the motherland extricate herself from this situation?

First, she has to eradicate tribalism, nationalism and introduce one unifying education system grounded in continentalism.

This education system must be based on one motherland as a country, not 54 nations with 3 000 languages, and one language must be used, preferably Kiswahili.

This is achievable by mass student exchanges within the motherland.

In these mass student exchanges, a blak Putin will emerge who will unite the motherland and lay a fruitful foundation for future generations.

All it needs to finish a thousand-kilometre journey is one step — and that, the motherland desperately needs.

Let us not be selfish by continuing to think about ourselves. It is time to reflect and start laying the foundation for future Nahasian generations who will hold their heads high, instead of the current crop that’s always bowing their heads among other races.

Nthungo Ya Afrika aka J.L.Mtembu is a Hamite who strongly believes in the motherland renaissance. For views and coments, email:lovemoremtutuzeli@gmail.com