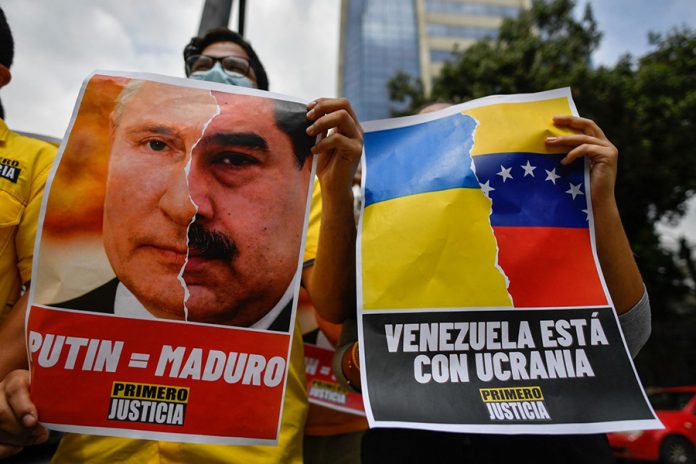 MOST devotees of Hollywood American movies will find the headline of this article ‘Chaos is a ladder’ very interesting.

It is famously known and used by the character Littlefinger in the Game of Thrones episode where he asserted: “Chaos isn’t a pit. Chaos is a ladder.”

Persuasively, Littlefinger’s famous quote seems to be the key driver of the US foreign policy against their targeted countries to serve their own selfish interests.

The US is infamous for instigating chaos in order to achieve its goals against ‘adversaries’.

With no shame, the West can even sponsor covert operations to topple constitutionally elected governments, or be shadows in the running of the day-to-day businesses of other governments.

In the book, ‘The Room’, written by US former national security advisor John Bolton, the writer lets the cat out of the bag by confirming the US government’s dirty hands in using covert operations to instigate violence in other countries, by sponsoring military coups; for example in Venezuela.

Venezuela became an enemy of the US for nationalising its oil. Economic warfare was waged against Venezuela and this was the first tactic the US used in trying to instigate chaos in that country.

Economic sanctions squeezed out the last vestige of economic development in the country, the end goal was to make the people turn against their government by inducing economic pains.

Calamity after calamity became the order of the day in Venezuela, with high inflation rates, high cost of living and power blackouts.

This was never the ‘mis-governance’ of the Maduro regime as the Western media wants the world to believe, but the factual effects of illegal economic sanctions.

Supporting their political mannequin Juan Guaido who leads the opposition politics in Venezuela, there was mobilisation of surrogate forces to protest against the government in order to achieve regime change through chaos.

Fortunately, protests were crushed by the disciplined Policia Nacional Bolivariana (Venezuela Police) but Uncle Sam did not stop fomenting chaos to achieve his interests.

It is alleged that in 2020, the US was behind the amateurish ‘Operation Gideon’ which was doomed from its birth. ‘Operation Gideon’ was an unsuccessfully initiated by Silvercorp USA (an American private military company headed by a former green beret Jordan Goudreau) which was meant to oust President Nicolas Maduro as well as get him arrested and tried in the American courts — sounds crazy though but true!

President Donald Trump and his warmongers John Bolton and Mike Pompeo are all out of the White House but President Maduro is still the face of Venezuela (Aluta Continua Cde!) — good triumphed over evil.

It only takes the brave to challenge imperialism.

The US strategy of instigating chaos ultimately fails even if it may at first appear to be successful.

Libya is a typical example; what first appeared to be a success is now a disaster, sadly for the Libyans.

In Caracas, Venezuela, it failed and is still failing.

Currently, in Sri Lanka, the game looks to have worked, with fires blazing all over the streets, property being destroyed and government offices full of crazy mobs masquerading as protestors — the country should look at nations such as Libya.

It is now common knowledge that US Ambassador to Sri Lanka and top directors from NGOs were seen frequently meeting with the organisers of the protests, including opposition leader Sajith Premadasa.

Plans to effect regime change by ‘hacking’ the civilian mind into barbaric behaviour of violent protests was successfully implemented.

Chaos was once again used as the trump card to further the interests of the US, to pave way for a maleable government.

If the drama in Sri Lanka was a television show, it would be ‘WWE RAW’, which, in Zimbabwe, the viewers are warned never to try this at home.

Zimbabwe will never allow the US diplomatic compound and its human contents to cross the line violating the Vienna Convention Article 41 which forbids the missions from sending-States from interfering with domestic affairs of receiving-States.

Zimbabwe is not Sri Lanka.

Millions of dollars have been channelled to Civil Society Organizations by US Agency for International Development (USAID) “…for humanitarian purposes.”

A lot is taking place as we draw closer to the election year; it is that time again when the imperialists try to use chaos as their ladder.

For instance, the Citizen Engagement Accountability and Action Programme is meant to sponsor organisations such as ARTUZ, Youth Forum and ZINASU, among others.

In an effort to destabilise the political security of Zimbabwe, they plan to sponsor violent demonstrations ahead of the 2023 elections.

Many code-named operations are in plan to destabilise the country, to turn Zimbabwe into Sri Lanka.

Remember the trip to Sweden by CCC deputy national spokesperson Gift Ostallos Siziba, whose main agenda was to consult on how to form a CCC’s armed wing which will be called the Citizens’ Defenders (CDs) — the plan is now in motion.

A fourth generation warfare is a national security threat on its own, so its formations or iota of existence should be cleared totally before such low intensity conflict turns into disastrous warfare which would not be controllable.

Our brave men and women, defenders of the nation, see everything.

Zimbabweans will not allow violence to overtake peace in this country.

Chaos is indeed a pit in the country and never a ladder to be used by hostile nations against us.