Home Opinion Ignorance of Genesis 1: Vs 26 our downfall 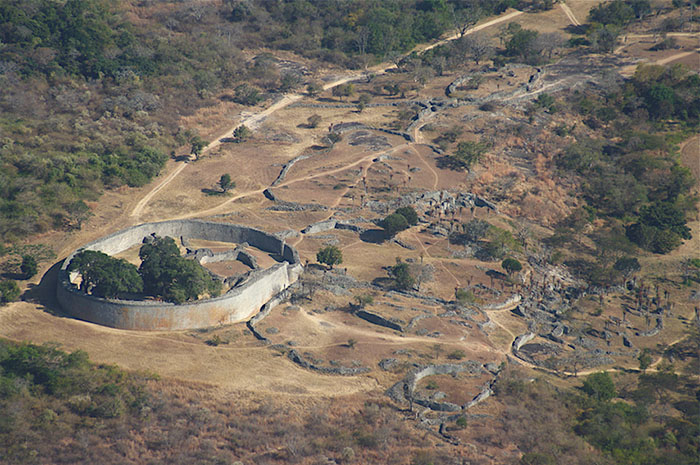 SAVIS, to those who have not read my articles before, means self acquired voluntary ignorance syndrome, and it  is adversely affecting the motherland and her sons and daughters in the Diaspora.

We are ignorant about our ancestors’ heritage which the Tambous (white savages) now call the Holy Bible.

Although they corrupted the Word of Yahweh, sign posts depicting the truth are scattered all over the book which can easily be detected by those who are not standard bred to think the way the Tambous want them to think.

Currently, the motherland and her children in the Diaspora are engulfed in spiritual darkness.

But by following the sign posts in the corrupted Bible, eternal light will return to the jewel of the planet, Africa, land of the Nahasis.

In the story of creation in the corrupted Holy Bible, from Genesis 1: Verses 3-24, Yahweh is commanding, using the words: ‘’Let there be.’’

Coming to Verse 26, Yahweh says these words: ‘’ Let us make man in our image after our likeness.’’

This is very revealing since Yahweh is described by human beings as omnipotent, omnipresent and omniscient.

And with Yahweh having such credentials but going on to humble Himself by including lower creators in creating human beings is a lesson human beings are failing to learn, embrace and execute.

Yahweh is simply teaching us to forever be humble and always consult as far as serious matters are concerned.

And it all begins with the parents of human beings who should be a lesson to us all.

Adam and Eve fell from grace because they failed to be humble and consult.

Instead, Adam chose to blame Yahweh while Eve blamed the serpent.

When they were created, they were only given one commandment; that of following the ways of Yahweh to avoid physical death.

For Yahweh did not create human beings to die but to transform like angels.

From Adam to Jared — six generations — they all fell short as they all failed to embrace and understand the meaning of: ‘’Let us…,’’  thereby humbling oneself and consulting.

Enoch, of the seventh generation, managed to understand and embrace: ‘’Let us…,’’  and for this, he was given wisdom.

The Book of Jasher explains: “And Enoch lived 65 years and begat Mthusellah and he served the Lord and despised the evil ways of men. And the soul of Enoch was wrapped in the instruction of the Lord in knowledge and understanding and he wisely retired from the sons of men and secreted himself from them for many days. And it was at the expiration of many years, whilst he was serving the Lord and praying before Yahweh in his house that an angel of the Lord called him from heaven and he said Here am I. And he said, go rise forth from thy house and from this place where thou dost hide thyself and appear to the sons of men inorder that thou mayest teach them the way they should go and work if they must accomplish to enter in the ways of God. And the Spirit of God was upon Enoch, and he taught all his men the wisdom of God and his ways and the sons of men served God all the days of Enoch and they came to hear his wisdom. And all the kings  and sons of men both first and last, together with their princes and judges came to Enoch when they heard his wisdom, and they bowed down to him, and they also required Enoch to reign over them to which he consented. And they assembled in all, one hundred thirty kings, and princes and they made Enoch king over them and they were under his power and command. And Enoch taught them wisdom, knowledge and ways of the Lord, and he made peace amongst them, and peace was throughout the whole earth during the life of Enoch. And Enoch reigned over the sons of men two hundred and forty three years and he did justice and righteousness with all his people and he led them in the ways of the Lord. And in some time after the kings and princes and the sons of men were speaking with Enoch and Enoch was teaching them the ways of God, behold an angel of the Lord then called unto Enoch from heaven, and wished to bring him up to heaven to reign over the sons of God as he had reigned over the sons of men on earth.”

And this is the book the impostors and the usurpers of the Word of Yahweh call uninspired.

The sin of all African black churches on the motherland and in the Diaspora is not to preach from the books of Jasher, Enoch and The Dead just to mention a few, just because the white savages say they are not inspired.

Our ancestors called the whites savages for a reason. The question that begs is: How can savages differentiate books that are not of their ancestors and determine whether they are inspired or not.

The whites are the blind guides written in Matthew 15: Verse 14: ‘’Let them be, blind guides is what they are. If, then, a blind man guides a blind man, both will fall into a pit.’’

Our race’s problem is allowing ourselves to be standard bred, resulting in SAVIS.

The his-story of the whites is well described in the Book of Enoch, Ethiopian version, that is why they hate it so much.

Because of knowledge of Genesis 1: Verse 26 and following the Book of Enoch, our ancestors ruled the earth for an uninterrupted 10 000 years.

And when they stopped, they started fighting among themselves, pitting the coastal blacks against the blacks in the interior and enslaving the conquered, which was a sin before Yahweh.

Those who still wanted to follow the Book of Enoch moved south and created righteous empires.

And one of these was the Kingdom of Mwenemutapa and I was always at a loss how it crumbled until I read articles in The Patriot of May 27-June 2 2022 and June 3-9 by Dr Michelina Andreucci.

The building of Mwenemutapa complex circa 1280 AD coincides with Roha becoming the New Jerusalem in Ethiopia between 1150-1230 under the guidance of Emperor Lalibela.

What I am trying to say here is simply that those who built the Great Zimbabwe migrated from the north as the complex is a replica of ancient Egyptian and Jerusalem temples.

Their migration was because their kith and kin were now suffering from SAVIS of Genesis 1: Verse 26 and were not following the Book of Enoch.

The narrative of Antonio Bocarro, a Portuguese explorer of that time shows that the Mwenemutapa Emperor knew about Genesis 1: Verse 26, Book of Enoch and MAAT, Ancient Egyptian concept of truth, balance, order, harmony, law, morality and justice.

This is proved by the following narrative by Antonio Boccrro,’’The Emperor shows great charity to the blind and maimed, for these are called the king’s poor, and have land and revenues for their subsistence and when they wish to pass through the kingdom, wherever they come food and drink are given to them at public cost as long as they remain there, and when they leave that place to go to another, they are provided with what is necessary for their journey and a guide, and someone to carry their wallet to the next village. In every place where they come, there is the same obligation, under penalty that those fail therein shall be punished by the king.’’

The great kingdom disintegrated when the emperor died and his sons, who were standard bred by the Portuguese missionaries, began suffering from SAVIS of Genesis 1: Verse 26 and forgetting the Book of Enoch, which always reminded the people of the ways of Yahweh.

This is proved by the emperor’s sons being baptised and acquiring Christian names like Affonso and Domingos.

The Portuguese missionary who defiled the Mwenemutapa Complex was none other than Father Gonzalo da Silveira and up to now, the temple has not been cleansed.

The result of not cleansing the Holy Temple is there for all to see — ‘poverty’ in a land of plenty.

There is no way out for us, until we follow the ways of Yahweh which the missionary enterprise abhors.

By following Yahweh’s true ways, as practised by Emperor Mwenemutapa, the builder of the Great Zimbabwe, the temple will be cleansed spiritually and physically.

Action speaks louder than words; are we ready for the task of being called sons and daughters of light by publicly revoking Christian missionary edicts that have made us to be standard bred and to suffer from SAVIS of Genesis 1: Verse 26 and hate the ways of Yahweh, thereby making us to afraid to preach from the books of Enoch, Jasher and The Book of the Dead, among others, from where, incidentally, the whites’ Holy Bible was compiled.

Genesis 1: Verse 26 and the Book of Enoch are about humbling oneself by consulting, which the Christian enterprise is against, because it can make our race stronger to confront the beast, which is the West .

Humbling selves and consulting among us, the conquered can make the motherland great again. But this is almost impossible as most of us think that Christian enterprise is Yahweh sent, forgetting that slavery and colonialism were started by the Christian enterprise.

This is not surprising as the motherland is still besieged by the three evils of Christian enterprise, gladly embraced by the motherland, these being religion, education and politics of our former enslavers and colonisers. 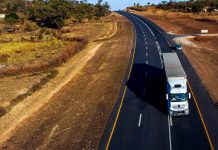 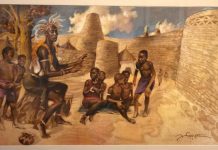