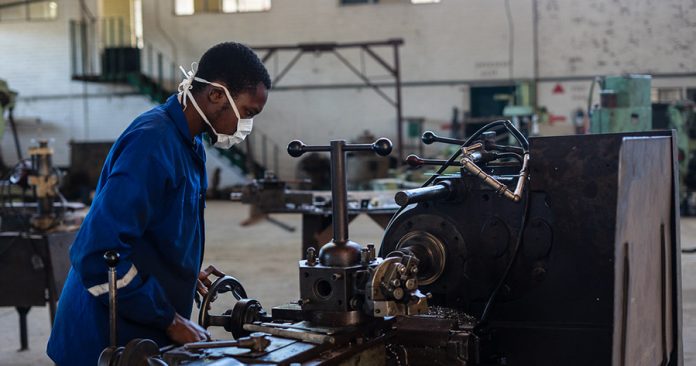 WE, in the village, are delighted that Cabinet has considered and approved the Patriotic Bill.

Indeed the Bill is long overdue.

We need the Patriotic Act as a matter of urgency not only to produce a responsible citizenry but to ensure ongoing development efforts are not derailed.

Interference by foreign governments colluding with local sellouts is holding back the country.

Every progressive individual should be for the law.

Zimbabwe is not the first country to craft such a law designed to protect the country’s interests and its citizens’ well-being and security.

Is it not interesting that those against the proposed Patriotic Act are mainly from Western-founded and funded organisations, entities and individuals.

Those against the proposed law are the very same driving the regime change agenda through calling for imposition of illegal economic sanctions, tarnishing the country’s good name and engaging in various acts of sabotage.

We know for a fact that these people are funded by the US, are in opposition politics and so-called ‘civil society’.

The US, who have led in opposing the proposed Act have their own laws which are more draconian than what the country is proposing.

Those screaming against the Bill and claiming to be champions of democracy have laws that make it difficult for their citizens to even make a phone call to anyone they wish.

The Logan Act is one such law.

On January 30 1799, the Logan Act was passed by the US Congress to prevent any individual from communicating with a foreign government without permission from US authorities.

There is also Section 802 of the US Patriot Act which defines acts of domestic terrorism as:

“Those wilful criminal acts dangerous to human life, committed primarily within the US that appear to be intended to intimidate or coerce a civilian population, or to influence a government policy by intimidation or coercion, or to affect the conduct of a government by mass destruction, assassination or kidnapping.”

The UK also has its own laws that prevent its citizens from embarking on acts of terrorism.

“Terrorism means the use or threat of action where

The same Act provides that an action falls within this definition of terrorism if it:

We should forge ahead with enacting the Patriotic Act.

It is time errant citizens are brought to book.

What is the Patriotic Bill ?

The idea was first brought to Parliament by ZANU PF in August 2019.

In August 2020, the Ministry of Justice, Legal and Parliamentary Affairs, working on recommendations from the Cabinet Committee on National Peace and Reconciliation, drafted principles of a Patriotic Bill.

The principles, as highlighted by the Ministry’s Permanent Secretary, Virginia Mabhiza, were as follows:

For example, the Act will punish Zimbabweans outside and inside the country who campaign for sanctions that are hampering development.

The proposed law will also punish those who plan demonstrations that coincide with major international and regional events or visits by dignitaries.