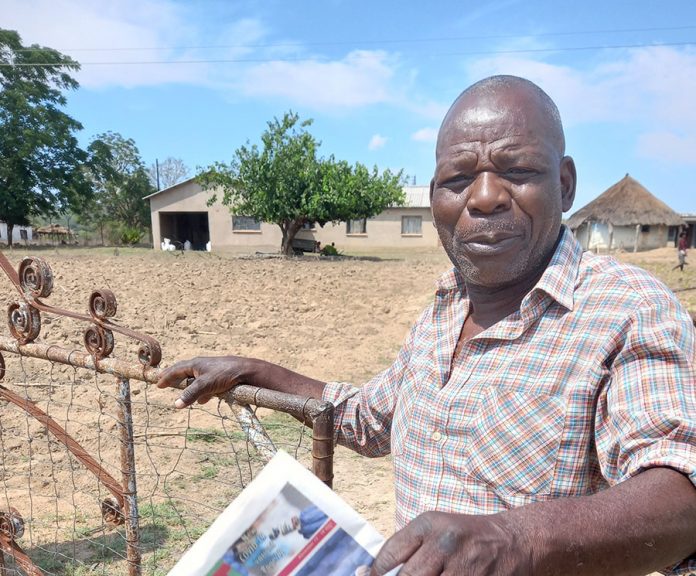 WE taught Rhodies a lesson at Sukwe and Nyamunyaruti in Mutoko.

After our first assault of Rhodies in Nyamapanda, we were reliably informed that there were people who did not fully understand the objectives of the liberation struggle.

These were the early days of the liberation struggle hence there was need for intensive political conscientisation of the masses.

Rhodesians were busy with spreading propaganda labelling us freedom fighters as terrorists, murderers and rapists who were bent on destabilisation of the country.

In short, we were criminals.

One evening, we visited Chief Nyamukoho’s homestead with the intention to clarify our position and give political orientation.

Ours was a guerilla warfare, hence we worked hand-in-glove with the masses while traditional leaders played a fundamental role in establishing a mutual relationship between us and the masses.

We told the chief’s wives to inform him that we had come to liberate the country and there was no turning back until the country was free from British colonial rule.

We meant business, war was not a circus.

We were told by one of the chief’s wives, after Cde Martin Marufu, the commissar, gave them political orientation, that Rhodesian soldiers were camping at Kadzere shop.

To me, this was a golden opportunity to provoke and hit the enemy.

I had left home to fight for our freedom and since deployment, I always itched for contact with the enemy.

War was in me so to speak; I loved fighting and showing the Rhodies that we were no cowards.

The Rhodies we caught by surprise were monitoring the Road Department workers who were constructing Mutoko-Tete Road.

As we advanced towards the shops, we met three boys.

We introduced ourselves and those young boys were excited when we told them we were liberation fighters.

The boys told us that Rhodesian soldiers were raping their sisters in the area and they were willing to assist in any way to fight the Rhodies.

We sent one of the boys to carry out reconnaissance.

The reconnaissance was swiftly carried out, giving me sufficient time to plan my assault.

The boy told us that some of the soldiers were sleeping in bedrooms inside the house at the back of the bottlestore.

We managed to walk for the next 15 minutes without being noticed.

These were the early times of the liberation struggle, hence the enemy was relaxed.

I instructed my combatants to take positions and wait for my best shot.

I was anxious when I heard a girl screaming.

I fired my best shot in that instance and others followed suit.

The unsuspecting poorly trained Rhodies rushed outside and we could clearly see them since the place was well lit.

They were easy targets.

We managed to take down nine Rhodesian soldiers from the regiment of Rhodesian African Rifles and their superior, a white soldier.

This indeed was a surprise attack, they never returned fire.

I was delighted upon hearing screaming girls after the fire had ceased.

I rushed into the house and managed to rescue two girls who were being abused.

Everyone had fled except the owner of the bottle store.

We managed to walk freely to our base at Benson mine some seven kilometres away.

We were happy when we learnt that the road construction workers abandoned the project in fear of their lives.

This was my second victorious attack.

As we advanced to the front, word came to us that there was a sellout in Mudzi.

The sellout, a businessman, ran a shop and beerhall.

He sold out the first deployment of freedom fighters in Takawira sector to Rhodesian soldiers and they were all arrested and hanged.

I planned to go and confront the sellout.

I wanted him to face the consequences of his actions for the sake of deterrence to other villagers; unfortunately he was not around when we arrived.

Four freedom fighters went into the shop to get some clothes while I remained with other combatants outside.

I then gave an order to fire.

We managed to attack them before they disembarked from their trucks.

Again the Rhodies never returned fire, we overwhelmed them.

We then retreated to our base which was about 10km away.

On our way back, we planted a landmine along the road.

It was frequently used by Rhodesians and we knew they would be visiting the area in numbers following our attacks.

The following morning I heard an explosion; we had struck again.

When we got back to the base, we were told by our fellow comrades that Cde Vhu, who was a member of ZANLA’s General Staff, had passed through the base and left an order that all ZANLA guerillas go back to Mozambique.

On our way back to our rear base in Tete, we were intercepted by FRELIMO soldiers who took us to Chioko Base.

The commander of the FRELIMO soldiers, Cde Armando Emilio Guebuza, who later became President of Mozambique, told us that the war was on halt pending peace talks; it was a technique by the Rhodesians to slow us down since they had realised the strength of ZANLA forces on the war front.

A tractor took us to Tete Bridge, after we were disarmed.

We were later taken to Tembwe, our ZANLA military academy which was popularly known ‘Chikoro Chehondo’ where we stayed until January  24 1975.

The war resumed following the Mgagau Declaration in November 1975.